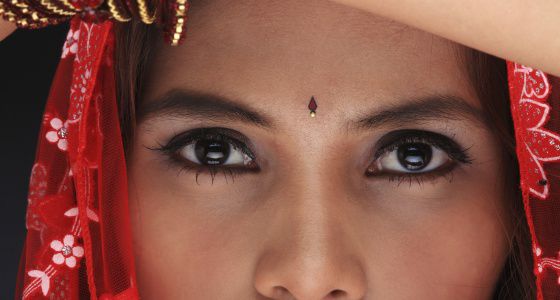 It is rightly said that when bad times are on you, you cease to think right. It was the time when Anushka had finally mustered the courage to come back to her parents after 3 months of her tumultuous abusive marriage. They were distraught because nothing like this had ever happened to someone in their family. But at the same time, they were happy that their daughter was alive at least.

She was so bruised and sick that she could hardly walk.

Then someone suggested them to see a Panditji who can help them get rid of all the bad vibes around. They agreed. The meeting was set for 5 am for the next day. When they reached, there were already a few people waiting to meet the Guruji. Finally, when their turn came and Anushka entered the room, she saw an old man older than her father, probably in his late sixties. The conversation started and Anushka told him everything that had happened to her in the past few months.

Guruji looked at her horoscope and said her that there were some faults in her stars.

He then started asking her personal details of her relationship with her husband. Like, “Were you sexually involved with your husband? And how many times did you both have sex in a day?”

Anushka was startled to hear such questions and stared at her mother who was sitting at a distance but was not able to hear anything Guruji was saying. When she got no response from her mother, she nodded and answered hesitatingly. She felt ashamed and scared as more and more such irrelevant questions poured in.

She was clueless as to how these things were related to her horoscope or what had happened to her.

After some calculation, Guruji (she hates to call him that) came to a conclusion and said that he would help her. Anushka would have to do some remedies and what followed after that left Anushka in a complete shock and disgust.

Panditji instructed her to lie naked and meditate.

She was supposed to imagine herself getting intimate with Panditji just like she did with her husband. She was stupefied and dumbfounded by what she had heard. Feeling stumped, she got up from her place and just left. On their way back home, she told her mom everything and they decided not to visit him again.

Though this memory is sharply etched in her memory, it still didn’t stop believing in good faith. She went ahead and saw a real guruji who has guided her and sailed her through tough times. After all this, she still thinks that all Panditji are bad. Few just fake it in the name of it.

Kudos to her positive spirit!

There's a lot to learn here. Sometimes we are so blindsided by our faith that we can't differentiate between the real and the fake. Not all panditiji are perverts, we just need to find the 'right' one. Let's share this story and enlighten people of the same.