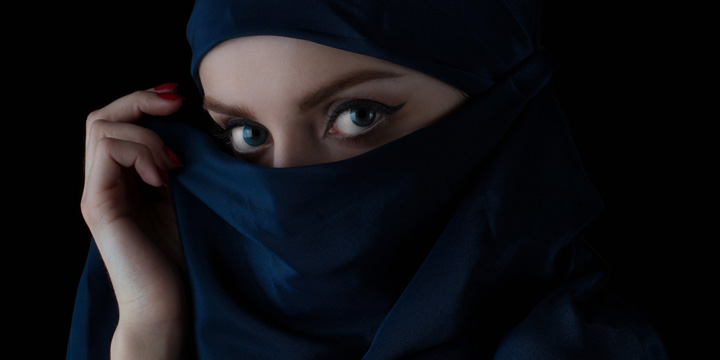 Ever since I started understanding a concept called ‘love', I also started believing that nothing could ever overpower ‘love'.

I thought ‘ love' was a wonderful feeling and all other feelings like emotional bonding, commitment, trust, honesty, and loyalty flowed automatically between the people who were deeply in love. I thought true love rose above concepts like caste, creed, race, colour, or faith. I was sheltered from reality and have always been a dreamy person. Consequently, I had no sense of the evil world.

I am a Hindu Thakur by birth. I fell in love with a Muslim guy.

He is a typical Muslim but is broadminded and well educated. His charm worked on me. All the concepts of love that I had believed in were finally coming to life. I thought the other person too would believe in similar concepts of love.

Ah! But after two years of being in a serious relationship, I can say that he is still very different from me. He is a practical, focused person. He is very mature and this trait complements my personality.

After interacting with him, I am able to see how much I have changed.

I am no longer a dreamer. I am able to accept and face the realities of life now. I still struggle with this sometimes but I can see and feel the changes in myself. Earlier, I was an overly emotional cry baby. Now I do my best to control my emotions, especially my tears. I have accepted all the things that happened to me over the last two years and have dealt with everything as and when it came up. I can even sense that my thought process is changing slowly and steadily. I am no longer the same person that I was 2 or 3 years back.

I have become more of a thinker now and am no longer the dreamer that I was earlier. I accept things rather than ignore them. I reflect on my worst experiences instead of just brooding over them or avoiding them.

But I am still unable to change one thing in myself. I still firmly believe in my original concept of love.  I was utterly disappointed to know that the person I love will be mine forever legally, only if I changed the way I was brought up.

My Hindu upbringing is questioned. I never really had any answers to questions like, "Why are Hindus so diverse? Why do we have so many different Gods/Goddesses? Why do we have different Gods for different occasions?" I don't know the answer to any of these questions because I never thought about such things. I was never taught such things. I am a Hindu who went to a Christian school and became friends with Sikhs and Muslims.

I never questioned anybody's faith. I always believed that if we pray to any God, our prayers will reach the ultimate supernatural power that created us.

I never had this term called ‘Why?' in my dictionary as far as my faith and my beliefs were concerned. I always celebrated all festivals like Eid, Navratri, Diwali, Holi, and Christmas. All festivals were the same to me and my family too never questioned my beliefs.

I am a girl who believes that God is a supernatural power. Nobody told me which God to believe in. I was taught that, at the end of the day, I just needed to be human and believe in God. And that is the way I am today.

I believe I should be a good human being first.

I don't know why I need to change my religion and become a Muslim if I want to get married.

Even if I change my religion, it would not change me as a person.

I don't have any problem accepting Islam. But I feel it is a serious issue that I won't get to marry the love of my life because I am a Hindu and not a Muslim. Sometimes, I really wonder about such things because I believe that love is the only thing that can ever bind me to another person. I don’t understand why beliefs matter so much.  Will my belief system change if I become a follower of Islam? But I need to do so just to satisfy some rules and regulations.

We both have the same belief system but what I don't have is a Muslim tag.

And today I really feel that I should have been born in a Muslim family. At least that way such questions related to our beliefs wouldn't surface in the ocean of our love. We would then have no parameters to gauge the ‘depth of my love' for him or his family or my family.

I could then be his wife and his partner for life.

We are doing our best to salvage our relationship by sailing through this complicated disaster. Maybe this is happening because so many different faiths and belief systems have been created in the country that I am born in.

There are so many barriers that we still need to remove from our hearts and minds. We can do so only by reflecting on such aspects. Share this beautiful girl's story because her mature questions will set us all thinking in the right direction.