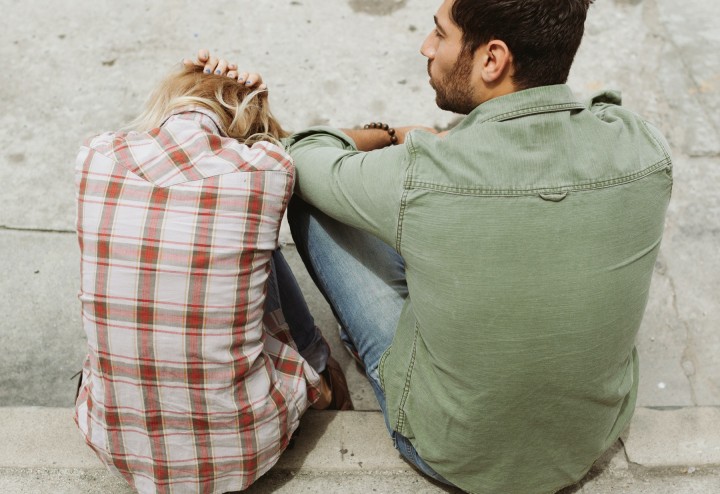 I don’t want to see his face – I wake up and sleep with the same thought!

Though it’s easier said than done as he is related. How can you avoid him when he lives in the same state and not too far from your place. Even in the times of Covid, you will go to their house or they will come to yours to exchange festivities.

It all started when my brother’s love marriage got fixed. We had to visit their house occasionally and during these few times I realized that he was giving me undue importance, cooking things for me specially, when I am sitting and eating. I could see him looking at me from the corner of my eyes.

I always felt uncomfortable with his attention and I started keeping my distance. On one of the after marriage intimate functions he was at our place and I greeted him from a distance as his ‘supposedly fatherly’ hug made me uncomfortable. But, he came forward and forcefully hugged me. He was drunk, I could feel it. How he kept his mouth right on my nape still makes me cringe!

Post that I kept my distance all throughout the function. He tried coming closer to me, taking my bag when I was dancing, looking at me. That day ended and I never met him, I was relieved!

Then one day, we had to go to their place for some work and it was day time, maybe because he was sober, he didn’t try any of his tricks or maybe because everyone was around. I felt maybe he has realized it and wouldn’t do it again, or maybe it was just in my head.

But I was wrong, he hadn’t changed, it wasn’t just in my head!

Quite recently, we again went to their house in the evening. Of course he was drinking before we reached. I wanted to stay away from him just to make sure I don’t end up with another cringeworthy experience. All went fine as I didn’t look at him, greeted from far, didn’t talk to him.

But just as we were leaving, I went to say good bye and he gave me a side hug (putting your hand on the shoulder from the side), but his side hug wasn’t really a warm, no harm hug. Instead of putting a light hand on my shoulder he kept his hand on the side of my body where the chest is. This was the creepiest experience of my life, a man of my father’s age putting his hand around my body, closer to my chest.

Ever since that day, I haven’t been able to think anything other than what he did, and this time I am sure it isn’t in my head anymore. He had put his hand over there deliberately. This experience has left me disturbed; I don’t know whom to talk to.

This creepy man is my sister in law’s father. If I speak with anyone in my house, it will affect everyone’s relationship with my sister in law. If I tell my brother why I never ever want to go to that house (otherwise it’s difficult to give excuses every time) it will affect his married life. It doesn’t leave me with anything.

Every time I look at my sister in law, I remember his face and it affects me. Then I tell myself it’s not her fault, it’s her father, whom she loves dearly. But that convincing doesn’t last for too long. How in the world would she ever hear, believe or accept how her father has been behaving with me? How will my brother feel if I tell him what his father in law has been doing, his situation will be difficult. It is his wife’s family!!

His relationship with his wife will go through a turmoil. I can’t do that to both of them. I know who ever I will talk to, they will tell me to speak to my brother as it’s important for him to know but I can’t do that knowing the repercussions. I have played and replayed the situation with its possible repercussions in my head multiple times and every time I am more convinced that it will ruin his relationships.

It’s not possible that he wouldn’t talk about it with his wife. When he does, she wouldn’t believe it and I understand because it’s her father. And she may end up believing that I have made it all up to pull her and her family down. They both will be in disagreement over it which would disturb their life. I haven’t spoken about it with anyone, and I am writing it down hoping I would get a smarter solution to it.

Share this story because the writer needs help in the way of your suggestions.