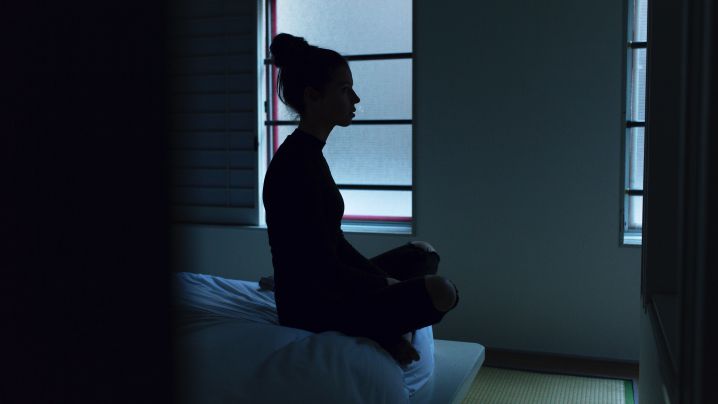 I am a simple girl from Bangalore. I got married when I was twenty one years old through an arranged marriage set-up. My in-laws belong to Vijayawada, Andhra Pradesh. My parents fulfilled all my in-laws' demands during the marriage and gave many gifts and ornaments to my husband. They even gave him an amount of one lakh rupees in cash and financed our honeymoon to Ooty. When we returned from Ooty, I went to live with my in-laws in Vijayawada while my husband went back to his job in Hyderabad.

Initially, my husband used to visit me on the weekends.

But on the 15th day of my married life, he revealed that he had married me only for the dowry that my father gave him. His parents too started abusing me saying that I hadn't brought along enough cash and gifts to suit their status in society.

I was so shocked to hear all this that I didn't even know what to do or say and just kept adjusting to whatever new tantrums they threw at me. I didn't tell my parents about my situation because I didn't want to hurt them.

Two months later, my husband asked his mother, his younger brother and me to settle down with him Hyderabad in a rented apartment. My father-in-law stayed back in Vijayawada and used to visit us often. There, I saw how my husband was dependent on my mother-in-law for the smallest of things, so much so that he would wait for his mother in a towel to select his clothes for him every day. Immediately after we settled in Hyderabad, my husband left his job and started staying at home. He started forcing me to ask my parents for money. On one such occasion, I actually asked my father to help my husband and he gave him 7 lakh. But this didn't put an end to his greed.

In fact, now he began pressurizing me to ask my parents for my share from their property.

I constantly refused to do so, but in order to placate him and his family, I would give them cash whenever they asked for it.

Soon, my mother-in-law started pressing me to have a child.

But I was scared of conceiving because my husband had clearly told me that he would only look after the kid if it was a boy. He threatened that if I gave birth to a girl child, he would either abort the baby or give her to my parents as he would not even want to see her face.

When I didn't conceive after a couple of months, my mother-in-law took me to a fertility specialist to get me checked. I was treated brutally and suffered a lot of mental anguish during these visits. When I refused to give any more cash, my husband stopped getting groceries and told me that he would only feed me if I got him more money from my parents.

My in-laws starved me for two whole months and abused me verbally at night and wouldn't let me sleep.

When I couldn't take this torture anymore, I finally confessed all my problems to my parents. They tried to resolve the issue with my husband and his family but my in-laws didn't listen to them and continued to treat me in the same manner.

Then one night, my husband just asked me to get out of his house because he didn't want a wife who couldn't bring him money. I was assaulted for the locker key where all my jewelry was kept and was thrown out of the house at 11 pm.

I went to my relative's place and my parents tried to sort the matter out with my husband. But, my husband and his mother came to hit my father, in turn and had to be physically stopped by the elders at home. My father then took me to Bangalore with him and we tried to reconcile from there.

My in-laws threatened to kill us all if we took the case to court.

I waited for three months, hoping to see some change in them but when I didn't find any, I proceeded legally.

Four years have passed since my wedding and I have spent the past three running around the courts. But nothing has come out of the legal proceedings either.

I was just a body for my husband to use for sex, a maid to my in-laws to do all domestic chores and an ATM machine they could all get money from, to fulfill their needs. Not one person treated me as a fellow human being with feelings.

I live with my parents now and have only recently come to know that the house my in-laws used to live in, in Vijaywada did not belong to them. They were deep in debt and my husband didn't even want to get married.

Why did they cheat me and ruin my life?