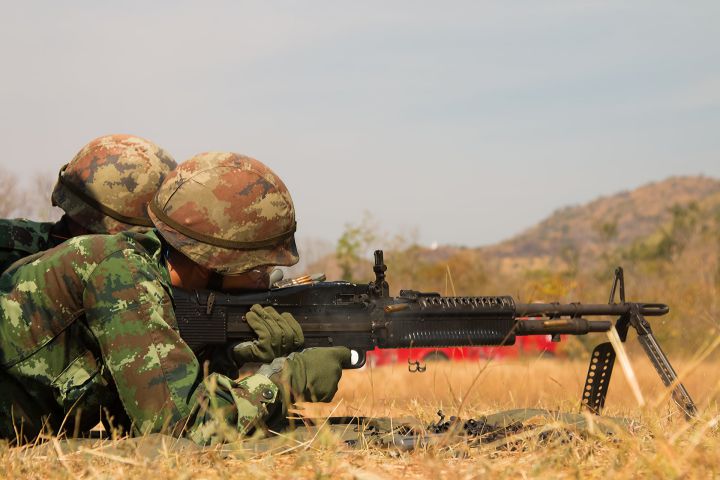 Somehow, I always think of the day when we were back in Meerut from Srinagar. We went with mom to Wheeler’s club on the Tambola night. The game happens to be a constant in my mother’s life till date. Since then, till now, she doesn't miss a day, so long as she can help it. In fact, since Daddy alway chose to come on leave during our exams to help us prepare, he couldn't really accompany mom to the club. So, he would first drop her there, come back home to help us finish and then again take us kids to the club for dinner to finally return home together. He did all of it happily. No pressure, no coaxing. That was just the kind of man he was.

So there we were, at the lawn entrance(of the club) and we could see our aunts and uncles from a distance. I remember this particular couple, and good friend of my parents', squinting their eyes to look at us while we walked to them. Once we reached them, they said that they weren’t expecting to see us and couldn't believe it was us. How come? Weren’t we supposed to be in Srinagar? I remember looking at my mom’s face, and thinking she would break down any minute.

What I didn’t know and realised later was that mummy, had taken the decision of coming back to Meerut and not go on the vacation for another reason as well. She wanted to be available for the calls that my father would make through 'army exchange', as it was easier for him to make them on the one in our house(I think since it was an army line or something).

I will never forget the day when the phone rang, and though it was from Srinagar, the voice on the other end wasn’t my dad’s.

My mother froze on listening to another person’s voice, until he went on to say that, “ma’am, Maj. Dwivedi couldn’t call himself, so asked me to make a call and tell you that he is fine”. The gush of relief that swept my mother’s facial expressions is etched in my mind. I remember someone telling her later that, “Bhawna, sometimes, no news is also good news”.

In fact often enough, when he would call, he would make her speak to other officers sitting around with him, even though she didn't know them, just because it would make them feel better. Help their morale. That is what war is like, even the smallest things that we take for granted, matter in the time of war.

However, since the vacations were going to stretch on for long and we were going to be a handful too, mummy finally decided to visit her sisters and attend the family wedding, first in Bihar and then in Siliguri.

Diksha and I were happy, after all we were going to be spending our vacations with our favourite cousins. Somehow, we were oblivious to the reality of the time we were living in.

So, we set out, travelling from one place to another, and daddy’s letters and calls kept finding their way to us, wherever we were. He wouldn’t just write to mummy and us, he would even write to my cousins. Particularly, my elder cousin sister, who he always was close to. I still wonder how he managed to do all of that, when now, in the age of mobile phones we don’t even manage a regular phone call to our parents.. But well, that’s just the kind of man he was… always with us, even when he wasn’t physically around...