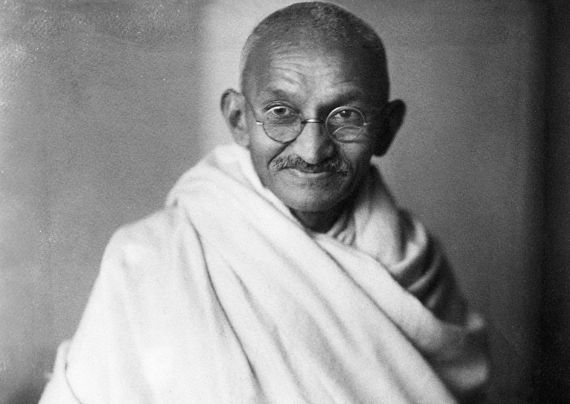 Six months into India’s independence, Mohandas Karamchand Gandhi was shot dead. He left behind a legacy unparalleled in human history. Did the Mahatma die when he was shot? Or was he garroted to death over the next six decades?

Every time I hear a conversation about India’s freedom struggle, Gandhi is rubbished.

“We would have gotten freedom much earlier if we went the Bhagat singh route.”

“Netaji was right to raise an army, we would have routed the British.”

“The partition was his fault.”

”Man he was obsessed with sex.”

These are the common talking points when you talk about him now, right?

I'm sure when Albert Einstein said “Generations to come will not believe that such a soul had walked the face of the world” he probably overestimated the beliefs of the youth of today. In today's time, no one, absolutely no one wants to give Gandhi his due without truly understanding his contribution towards the free India of today.

So let me tell you a story since that's what we do these days. Listen to things and make noise. Well, this may be worth your precious time.

When Gandhi arrived from Africa in 1915, the Independence movement in India was an elitist one. The common folks knew nothing about 'Independence', the idea of freedom was alien to our country. Democracy as an institution could not be fathomed because habits die hard and the years of servitude under one ruler or another was that habit. To bring such a population into a movement which was meant to bring freedom to the populace was equivalent to bringing a blind man to admiring a painting. He has never seen the vivid colors so how well can he admire it?

India never really existed, we have taken it for granted today that from Kashmir to Kanyakumari is India but truly it was just a splinter group of 400 odd princely states, each with its own motivations and needs. As India moved in towards Independence, Gandhi was truly able to unify these princely states into one big nation.

He convinced people to move onto the streets and take a hit on their heads and not fight back. He told them it was their greatest strength.

Imagine, if India would have gone the war way for independence and every household today deemed necessary to hold guns and if violence was a part of the birth of India. Wouldn’t we Indians rather be cordial and civil to each other than be at each other's throats with a gun in hand for a million odd differences we have? Sambar vs Dal, Telugu vs Tamil, Rice or Roti, Upper caste or Lower caste, we identify with a million identities daily and each one is enough for us to pick a fight. Pacification of the world's largest democracy through its birth made India sustain itself till date.

Gandhi is not just the figure head on your currency notes but truly the father of present day India but he was brutally murdered over time. He didn’t die the day he was shot, he was killed slowly and steadily till the day Gandhi finally became nothing but a joke during breaktime.

So who do you think killed Gandhi? Well that's a story for another time.

This is an excerpt from our 'The Curious Case Of A Murdered Mahatma' series. If you want to be notified when the next part comes out, please leave your emails in the subscription box down below.