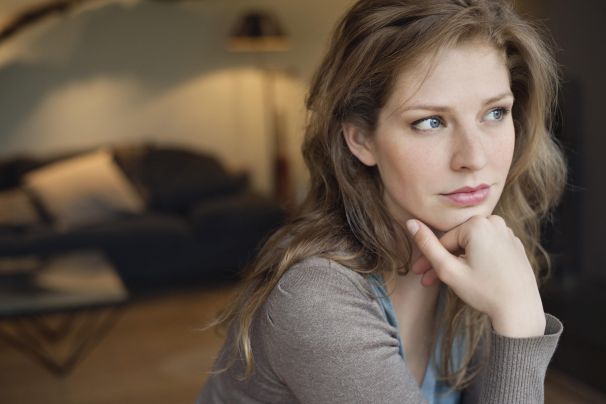 I was 16-years-old, from a modern Jain family. I’ve always dreamed of a love marriage for myself because I’m scared of the thought of an arranged one. To top this, my parents don’t have a great married life and that’s put me off entirely from the idea of marriage.

There were many guys in school who were interested in me, but I was such a mommy’s girl that I always said no to them and reject their proposals.

In the 12th standard, one guy from Indore joined my school. He became a really close friend and soon, he proposed to me. I didn’t have any feelings for him at the time but as school came to an end, I realized that I had fallen for him and said yes.

He was my first boyfriend and I was ecstatic. Our relationship grew strong as the days passed, but it grew a bit too strong, as he suddenly became extremely possessive and refused to let me even talk to my guy friends. Eventually, we fought and broke up and around this time, he left to go back to Indore.

I was shattered; I had loved him with all my heart and soul. He changed his number and I found out through friends that he had been in touch with all of them, except me.

After a year, he got in touch with me. I had moved on by now and was happy in my life. He, however, wanted me back in his.

I don’t know how we managed this, but he managed to get me back in his life again. It was horrible; we the fighting was non-stop and we must have broken up a thousand times. I was very possessive; he was Sindhi and was a momma's boy, our fights were endless but somehow, we managed to stay together for 11 years.

We stayed in the same city but used to meet only in groups because my family was strict and didn’t allow me to go out that often. Five years into our relationship, we decided to talk to our parents about us.

His family was conservative and hardcore non-vegetarian, whereas I was someone who definitely wanted to be with a vegetarian family. I never took a step back, and nor did he.  He had always taken me for granted, but I never saw him for who he was.

When we told our parents about us, his family wanted us to go to their house first; it hurt their ego to imagine that we had invited them to our house first.

My mom was hesitant, but she agreed, only because of me. We were much better off than they were: in terms of my education, our financial background and even our family’s status in society.

The day of the meeting was set, and my parents went alone. His parents were shocked that I wasn’t there and later, my mom came back fuming, saying she absolutely hated his family and more than that, his mother. She told me to forget him forever.

In both our homes, there were countless fights, but our bond was strong and we couldn’t let go of each other. And that’s when things got worse; my boyfriend was confused. At times, he would pick his family’s side and tell me that I’m too independent for them, that my family is rude and so on, and other times, he would tell me that he only wanted me and no one else.

It reached a point where he told me that he’ll marry me but on the sole condition that he wouldn’t be there for my family or ever consider them his own. I couldn’t believe his words.

While all of this was going on, I began teaching graphology classes and became very popular in our city. Today, I’m earning and doing great in my career but I don’t know what’s happening with my marriage. At times, our families agree to meet, at times they refuse to even see each other’s faces.

People say that I’m blind now; that he’s tricked me somehow. He doesn’t value me and I have a feeling he never will.

I don’t know if I have to choose between him or my family; why can’t the two of us just live separately? Our families are desperately trying to break us up, but I just can’t make a decision. Please help me.