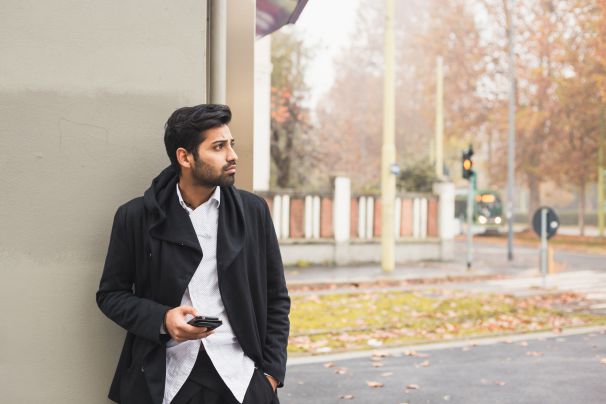 Being a middle-class guy from an orthodox background and the first person to graduate in my entire family, life wasn’t always easy for me.

There was always a clash between my choices and my parents’ decisions. Right from my dressing style and hairdo, to the way I speak and the time I used to spend with my friends, everything created a ruckus in my home each day. I am indeed happy and proud of my parents. Though there were differences of opinions, my father made sure that I’d never go to bed hungry or I’d never have to suffer for anything in my life.

Each and every penny that I wasted during my teenage years were of my dad’s sweat and blood. Even when the entire world was trying to put me down, the one woman who stood by me, taking all the blame and pain for whatever I did was my mom.

But being the teenager that I was, I didn’t realise their true love and was angered and annoyed by their words and actions many a time. So did they!

The situation was okay until my 12th grade, but after joining engineering, things changed a bit. My parents spent a lot of money to get me an admission into a reputed engineering college.

A lot of parents do this. And this is where the problem arises in every teenager's mind.

On one side, our family spends a lot of money for our education and the ultimate thing they want from us is to was to study well and get good grades, so that we land a good job. But for us, these fairy tales aren't enough to impress. We relate the pursuit of dreams with happiness. And the last years of teenage are the worst because you have thousands of ideas in your mind, but no money. You want to spend your time properly, but you are lazy enough to waste any amount of given time. You want to talk to your crush, but you will never have the guts even to stand in front of her. Also, most of you badly want to get into a relationship, at least in the last days of the teen ages.

I was an average learner, right from the school days. I used to pass with good marks but never used to get a distinction. I was working to my fullest potential and I was happy with my marks until my 12th grade. Though it was below par according to my parents, I was happy with what I was.

But after joining engineering, things became worse, I just scored enough to pass each subject and I knew that I wasn’t working to my fullest potential. Roasted by my parents after each and every semester, I had some 3-4 backlogs in my entire engineering days, which I cleared with ease. Amidst all these problems, the worst thing that happened to me was LOVE.

I was a teetotaller until the 1st year of my engineering, after that I became a social smoker and a social drinker. But coming from a traditional and orthodox background, this wasn’t acceptable. Yet I did it occasionally. I had a hell lot of problems in life and yet I managed to smile is just because of this one crush.

I had many crushes in school and college, but I had seen this girl in the 2nd year of college and silently followed her for a year even without her being aware. Finally, I gained some courage and spoke to her. One thing I wanted to tell her was that a stranger talking to a girl and her getting impressed immediately only works in movies and never in real life, it was something I knew from personal experience.

My approach was crude. I went to her and directly asked her name and consent to be her friend. Of course, I was rejected in a grand manner with all her friends laughing at me. But soon after, by the end of my 3rd year, a girl proposed me and I was in a hurry to accept her, just because I just wanted to be in a relationship irrespective of consequences that may arise.

It was an e-relationship and everything happened over text messages and calls. The relationship wasn’t a serious one and lasted only for a week before my parents got to know. That was the worst part of my life as my parents were completely angry.

My father hit me after many years and my mother didn’t even speak to me for months together. The main reason they were angry was not that I loved someone, but because the girl was from a different caste. I was shell-shocked listening to my father saying those words. He simply ended the conversation saying, “If you want to live with her, marry her and be happy, but before going, kill all of us with your own hands.”

These words literally sent shivers down my spine. I feared, even to get out of my house. I never cried, but began to build a deadly grudge on my brother, as he was the one who revealed my love story to my parents and silently spied on me all the time.

To make things worse, the girl who loved me got into another relationship, just within 3 weeks and came to my college to taunt me.

Things cooled down as time passed. By then, I was in my final year of engineering and placements were about to happen. I wasn’t eligible to appear for the placements as I had a low percentage. I still remember sitting in the library and reading books, while my friends were attending placements.

Every day, only one question was repeatedly asked by my parents, “When will you even get placed?” I couldn’t tell them that I was not even eligible for taking placements; life was so hard those times. But then, this wonderful woman, who rejected me a year ago came into my life again.

I got to know that she spoke of me during their class trip and that she was my junior and all her classmates were known to me. Slowly, after many rejections, texts started pouring in from both ways. By then, an MNC came to recruit the students and this was the only chance I had to get placed. I attended it and gave my best, and finally got selected.

There was happiness all over again. I got my family back and many people who taunted me started respecting me. I was also happy with myself. Even then, my mom was a little sad, because I never got a distinction in my life.

It was my final semester and all those emotional last days began. I had quit smoking, started singing, writing about our love as chapters, and did many things only to impress her. Eventually, we fell in love with each other. Just when I was happy that my life was going good, the same old caste problems started taunting us. I was a Tamilian and she was a Kannadiga. I was a vegetarian and she wasn't. Though these reasons may sound stupid to one, it was very serious to both our families.

I used to tell her always, “We love each other a lot, but we love our families more than our love itself.” And we parted ways.

It has been more than a month since we stopped texting. It hurts. It’s painful. But yes, we accepted it. For others, this may not be impressive, but parting ways now are better than having a false belief that our parents may accept us one day.

Given a story, there are people who are good and people who are bad. However, in this story, we were both truthful to each other but didn’t want to lose our parents.

My parents, after respecting our decisions until now, only want their son to do this one favour, to marry someone from our caste. Yes, it’s unfair, but they spent 20 years of their life to give me happiness. Now all they want is for me to marry someone of the same caste. It may appear crazy to someone, but for me, it’s the right thing. It’s a shame to me if I don’t fulfil this wish of theirs.

But when no one is a villain here, whom shall I blame? Myself?

Parents sacrifice a lot for their kids, and sometimes expect their kids to wed the woman of their choice. Share this story even if it might sound unfair, because sometimes it's okay if you want to give them their happiness.