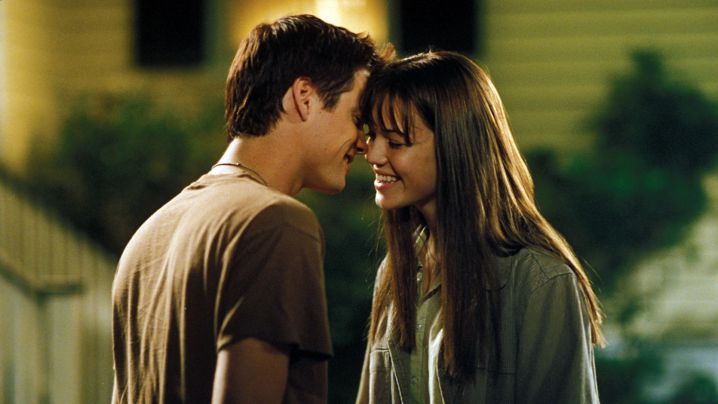 This story happened in Oman. I was in grade 2, when my father's friend brought his family to my home for the first time. He had two sons, one was my age and the other was younger than me.

I was shy, and to my surprise, he was also bit shy to talk to me. My best friend became his friend, so we started to meet each other every day in school. As we were promoted to grade 3, we both were in the same class.

Suddenly, one day, he was not found in class. I was really disturbed by it then. His father came to my home with his notes for writing notes for him. Uncle told me that his hand was fractured. I wrote all the notes for 3 months. Then if he was not present in class, it started disturbing me a lot.

We were in the same class together until grade 8. Once, he was again missing from class. 2 weeks passed and there was no news about him. Then I came to know that his father was not well and they had gone back to India. I felt so sad.

But then, I couldn't understand why I was becoming emotional when it came to him. As months passed, we were in grade 9, my neighbour informed us the bad news that his father passed away. I was so sad that I went to the school toilet and cried like hell.

I couldn't imagine how bad he was feeling and I desperately wanted to console him. As days and months moved on, it was the age for any girl or boy to fall in teenage love. I never felt anything for any boys, instead, it felt like someone else was waiting for me.

It had been more than a year since he had left Oman and almost everyone forgot him. But his memories haunted me every now and then. Now, I started to realise my love for him. Then I tried to get more details about him. I started to dream that he was with me and that we were together.

I was obsessed with him. By then, there was a big twist in my life. My father lost all his money in his business. Creditors started to shout in front of our house. I couldn't pay my school fees. Then I thought of getting a job soon after completing my high school.

My one-sided love was at its peak. When I was in grade 11, I started to use Facebook. From the day I joined Facebook, I was searching for him. Some superstition was buzzing in my head.

After completing my high school, once when I was standing in the temple, somehow my heart told me that it would be better if I can meet him and I wished I had a job.

When I reached back home, I was just scrolling through Facebook and suddenly his face caught my eye. I was mad with happiness. I ran all around the house. I was on top of the world. I sent a friend request to him. That night was a sleepless night for me. The whole night, I was worried whether he would remember me or not.

The next day, I got a notification that he had accepted my request. Then we chatted for hours. Now I came to know that I was totally mad about him. Even a cough for him made me disturbed. Unknowingly, I started to care for him as if he was my child.

He used to share all the secrets with me. One day, my mother came to know about my feelings for him. So I opened up everything to her. She told me that she would have allowed me to marry him if he was near to our district. I have heard of religious barriers and country barriers in marriages. For the first time, I heard about district barriers for marriage.

I tried my best to convince her. But all was in vain. The next day, he called me and confessed his love. I really wanted to say "I love you too," and hug him tightly so that he doesn't go away from me next time. But I couldn't. Instead, I said no to him.

He asked me to be his friend for some time, for me to understand and truly feel his love. But he really didn't know the truth that I loved him more than this world. After a few months, he asked me whether my feelings for him was the same or had it changed. I said no to him again.

He felt sad and asked me to block him. I couldn't think about that. I said no and said that if he blocks me from his side, I will commit suicide. We couldn't hear the words that hurt each other.

Slowly, I tried moving away from him. I stopped chatting and calling him daily. It was then purposely reduced to monthly chats. Now, we have almost stopped talking to each other. But his memories haunt me every second.

I talk to my pillow, thinking it's him. Still, he is the only person who can stay in my heart forever. Sometimes I call out his name while I am asleep.

I am sure I cannot love anyone other than him in my life. I kept him in my heart safely even when he was not near me or couldn't have any way to contact him. My love will not end.

Share this story because parents might be able to forcefully separate their children, but they will never be able to take away the innocence of their love.