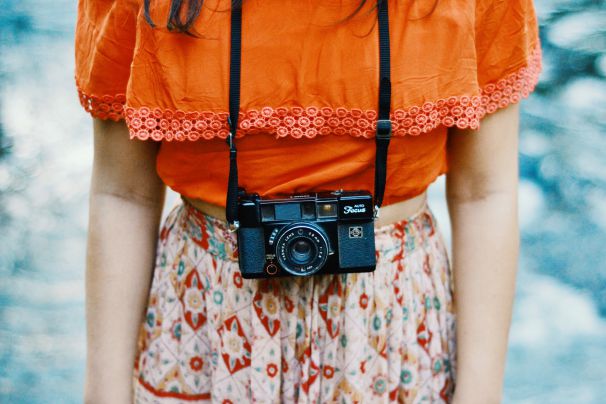 I have known him since I was a three-year-old child. He was 6 years old at that time. We had been separated several times but I still remember spending the better part of my childhood playing with him. He would visit his bua’s house during the vacation. I lived on rent in their house and was the cutest child in my area.

He would hold my finger and take me out to play with him.

We were separated for the first time when my parents moved out of their house. We were not too bothered about this at that time.

Like other youngsters, we made many new friends in this phase of our lives and so forgot all about our old friends after drifting away from them.

After 5 years, we moved to another house again. And his house was just 200 metres away from my place. My mom knew his parents very well and she would take me along whenever she visited his house.

We would play together but I did not know that I would end up becoming his friend at that time.

Our families had become quite close to each other. His dad had even asked my mom if she would consider getting me married to him in future. But my mom refused because we belonged to different castes.

I remember playing on the street at 4 p.m. every day. He would go to his tuition classes at that time. He would always pull my hair and tease me when he saw me.

Two years later we moved to our own house. So we were separated again. And we could meet only once in a week or a month now. Our parents would meet once in a while but we never got around to meeting each other personally.

Four years later, we met again when we had gone to attend his cousin’s wedding. I had not been keeping well for the past 2 – 3 weeks. But we simply could not excuse ourselves from attending the wedding because our families were very close to each other. We just wanted to attend the wedding for 5 minutes and get back home. When I met him again I started teasing him.

I was surprised by his answer. I thought about it briefly and quickly said, “Hatt pagal!”

After a couple of years, we met again when his cousin brother was blessed with a daughter. We had been invited to the christening ceremony. I thought I was a little infatuated with him.

I just could not describe my exact feelings for him at that time. All I knew was that it was not love but it was something similar to love.

But his attraction for me was evident. I did not like drinking tea. But I don’t know why I ended up taking a sip from his cup that day. Maybe I was too young to understand these kinds of feelings. Maybe I did this just because I wanted to stay with him that evening. I really don’t know why I did that even today.

We spent 5- 6 hours of our time together that day. And we had enjoyed ourselves thoroughly.

Both of us felt sad when it was time for me to leave.

We did not meet again for a long time after this. But destiny has its own way of bringing about a change in our lives. He wanted to appear for the IIT-JEE so he was going to attend coaching classes in another city. He came to my house before he left and jokingly said that he loved me. I took it lightly too and said, “Oh! Really? I love you too!”

I was not serious at all.

The next day he met me in a mart and transferred all my pictures from my mom’s phone to his phone. Maybe he was not satisfied by our meeting in the mart. So we met again in an area which was under construction in our colony.

When he left, he looked at me and his last words to me were, “I will miss you.” I could make out that he was damn serious about our relationship.

I knew he loved me. But it was not a very serious issue from my end. After he left the city, we talked over the phone for a month or so. I did not have a phone with me so I had to manage with my mom’s phone. While talking to him I realized that he had even planned to marry me in the future.

The most beautiful aspect of our relationship was that he was always with me. He was very loyal and loved me a lot. I was the only girl in the entire world for him.

Initially, he had been a little short tempered. But he would always say, “Jab tu samne hogi to gussa ayega hi nahi!” His words touched my heart. Our cute relationship ended because of my fear. I was scared that my mom would catch me talking to him. So we stopped talking. He tried to contact me through one of his girlfriends. But he was not successful. So we had to part ways with each other again. He called me again after 3 years.

But I will tell you what happened after this in the next part of the story.

Share this story if you too feel that physical distance makes us treasure all the precious moments that we shared with our special friends.