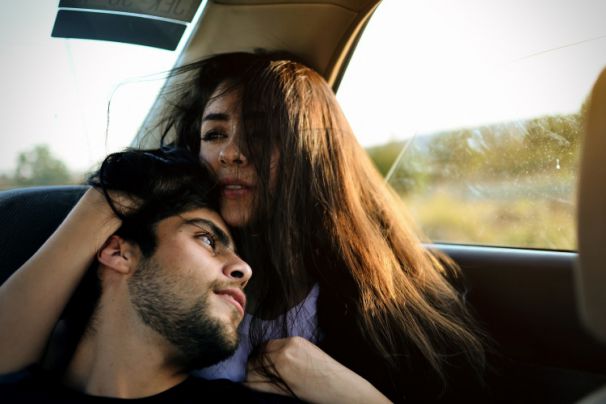 N and I had been friends for almost 9 years. We never thought that we could end up being together, someday. He had always been a no relationship kind of guy, since forever. A few years back, he had tried hitting on me and then we had an argument because he didn't want any serious relationship and I only believe in serious relationships. But we continued to be friends, even after that. Then, a few years ago, he fell in love with someone. He changed completely. From being a commitment-phobic guy, he turned into a full-on committed guy. All of us, his friends, are very happy for him. The girl was also very bubbly and loving. However, his life took a bad turn. The girl he loved, died in a bike crash. It was shocking and very sad. All of us were heartbroken. It was his first relationship and things went so downhill. But he was the kind of guy with unbelievable strength, something that had attracted me initially. I was shocked at myself and my feelings.

Yet, I didn't want to spoil our friendship and, so I decided to remain only friends. I again got busy with my life, ignored my feelings and moved on.

Then one night, I had been to a friend’s place and got drunk. I wanted to leave but they were not allowing me to. Somehow, I could now either call it destiny, or my stupidity, I called him and he immediately agreed to come to pick me. And that night turned out to be the best night of my life. I still don't remember everything, but we started getting close after that. Slowly and gradually, after two months, we got into a relationship. It was the best relationship of my life. We were best of friends and great lovers. I was always smiling, and life was full of freedom because there was no room for insecurity in our relationship.

But he was turning 30 soon, so he started having family pressure to get married. He had already told his family about me and they had met me, too. As for me, my family had always given me freedom and the right to independence. My family never treated me like other daughters in our society are treated, neither did they question my decisions.

But when it came to a guy, that too for the first time, they had their own doubts and suspicions. Firstly, because I had always promised them arranged marriage, and they had good proposals on hand too, and secondly, they wanted me to take some time and then decide as they knew I had a five-year-long career plan.

But nothing mattered to me when I was around him. I decided to give up all my dreams, and I started working towards settling down with him.

I agreed to the marriage, within one year. Yet, sometimes destiny has other things in store for us. With so many good things going on for us, we could not match with each other, in terms of time. I still don't know if it was coincidence or his negligence, but he would always compromise on our time together and neglect me for others. Things started turning ugly. We started having fights. And finally came a day when, after exactly one week of our 1st anniversary, he decided to call it off. This was not my decision because I loved him madly. I didn't want to lose him, but he just didn't want the relationship. We parted. For a whole month, I still tried convincing him. Nothing worked. Another one-month passed, and I tried moving on, but it didn't work. During all this time, I tried being there for him as a friend. Although, it always ended up hurting me. In the meantime, even my family who was unaware of our break up had started putting pressure on me for marriage. They wanted to meet him. When I made excuses, they started looking for prospects. Finally, I had to tell them the whole truth. On this, they got very angry. I broke down once again. I poured my heart out in front of him. I became emotionally weak and again I tried asking him to reconsider his decision and then he put his foot down and firmly said, No.

And something broke inside me. But it was not me. It was all the hopes I had, that things might work out in the end. I gave up.

Now I simply didn’t want the relationship back. After speaking to him, I realized how much I had changed for him. I had made him the source of my happiness. I was an independent girl, I was always ahead in terms of studies and career. I had achieved more than all my friends, at my age and yet since the past one year, everything in my life had come to standstill. I couldn’t focus on work. My confidence level had crashed. Nothing and no one could make me happy, what had happened to me? This is when I realized I had had enough. This is not what I wanted from life. A guy who truly loves me would become my strength make me stronger and not weak.

That day I realized that I had been so busy in loving this guy, that I had stopped loving my own self. It was enough, I decided. I started making myself happy.

I started loving myself. I got my dreams back. I started enjoying each moment of my life. We are still friends. In fact, we are better as friends, I guess. Even after all this, today I don't know whether I still love him or not. Maybe I still do.

I know one thing for sure, I don't want him back again, but I don’t want to lose him as a person. So, I have accepted whatever life has given me. And I thank the Universe for blessing me with whatever is best for me. Because he was not the best for me. If he was, he would have stayed.

Share this story because sometimes, when we know someone too well, we tend to bring out the worst in each other.