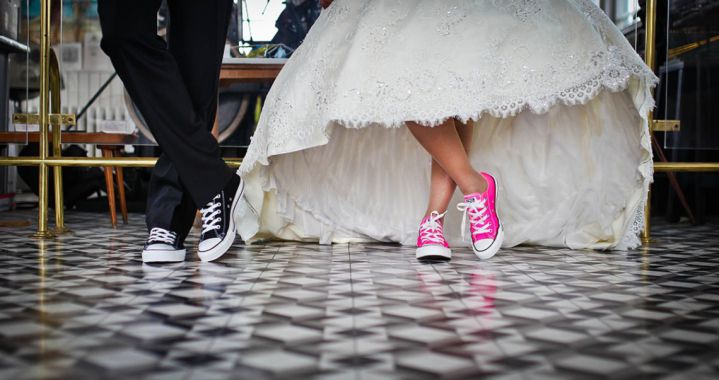 I am part of an orthodox family and we lived in one of the tier 2 cities of India. Love was no less than a taboo there.

People would raise their eyebrows if they spotted two people of the opposite sex having a conversation.

Most of my time was occupied by college and tuitions. However, in 2003 I met this guy at a wedding when I was barely 18. We exchanged numbers and began talking over the phone and after a few months of talking and few letter exchanges, we found that we had started liking each other. We wished for our relationship to continue so that we could be married off some day. The elders in my family had different views and wanted me to be married off to someone of their choice, after my college got over, in 2003. Since I had already discussed the one I like with my mum, she stood by me every time the question about my marriage popped up in my house.

I had to find new ways each time to convince people that I would like to study further. I had to tolerate the whole thing for 8 long years. This was a trying time for me. During these 8 years, I completed my degree and Masters, all thanks to my mom's constant support. As we lived in different towns, we hardly met. We only met 6 times in those 8 years. At times I wondered if we would really be getting married or if he is really interested in me anymore. I was constantly being told the same thing at home, they were pressurizing me to change my decision about marrying the person of my choice and they had etched in my mind similar thoughts that were already running through my mind.

The only respite for me to overcome this situation, were my friends who made me forget the situation at home.

Each time I spoke to this guy about marriage, he would say to me that there is no hurry and when I told him about the pressure I was put under, he asked me just one question, “what is your decision?” I had no answer to this question because I wasn't given a chance to think about my choice. I cried many times thinking what would happen to me if I would ever be getting to spend the rest of my life with the one I wished for. However, he assured me that I was the one for him. This gave me some relief. In 8 years, I received several proposals but turned them down. This was against the wishes of some at home.

After all that I went through, we did get married in 2011 after our parents met and agreed to get us married.

We are married for over six years now and are happy in each other's company. I gifted something special to my husband on his birthday, that he would cherish and feel proud of, for the rest of his life – an adorable baby girl. Both of us and our families are content today.