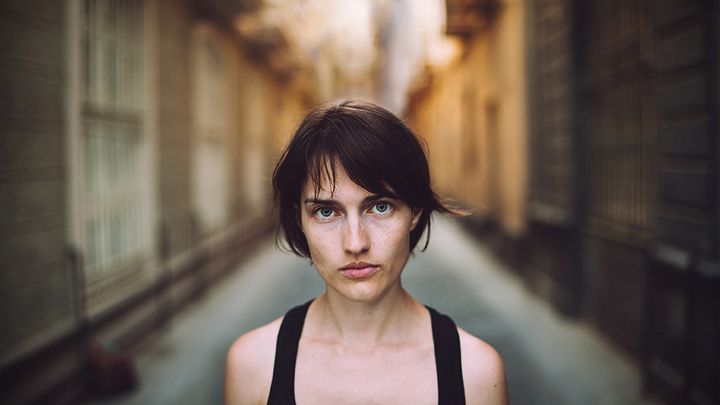 The story of mine goes this way-

I met this beautiful girl on Facebook in the year 2009 and soon we became friends. In over eight years since then, we have seen every up and down of our life together, but I had never imagined that one day I’ll become a standby friend for her, and after all this, she would just treat me like no more than a Facebook friend and someone on her contacts list.

It’s not that we haven’t met each other's families, including our parents, her sisters, my sister, her husband and my wife. We have all met, but still, nobody understands just how our friendship began. We have nicknames for each other, and since we're such good friends, her number on my phone is her nickname only. I would have been happier if she would have saved my contact as my nickname too, which she has given to me by herself.

But this Facebook has a last name requirement which makes me super uncomfortable. I just have one question for everyone. I asked her this same question and she gave me an answer which didn't really convince me.

She said that I was over-reacting and creating an issue out of nothing. She has saved my number under my Facebook name and it doesn't make me feel the way I'd like to. I am her best friend, after all. We have a way of addressing each other, and it's not like how my name appears on Facebook.

I don’t know whether I’m overreacting or it is normal for people to save their friends' name like a social media hashtag. This standby or temporary tag after my name is creating a difference between us. Or is it just my expectations being let down? I've been living in this assumption that she would never let me down or ever hurt me. And now she's being so impersonal with me.

Things have started going against us for quite a while; her actions and gestures towards me are hurting me, even though she hasn’t done anything intentionally. This behaviour has made me realize that I am or I probably always was just a standby friend for her. She already had some real friends in her life, who are better than me and can take care of her.

Some people have a tough time supporting you in public because of what they say about you in private. Would you save your friend's name the way my friend did? In this furiously impersonal way, like I'm just some acquaintance who pushed his business card to her?

Just because she met me on Facebook, my name on her phone is "Karan FB". Really? Not even my first and last name, properly?

I wish she hadn't added a social media channel after my name. Come on, it's been 8 years now. Sometimes, even when you don't intend to hurt someone else, you certainly act in a way that is nasty. At least when you know that the other person is hurt, you can make some changes, instead of just saying that they're making a big deal of it.

She has not only diluted my identity, but she has made it relatively irrelevant in her life. Now I know how much I mean to her.

Share this story because these days, you do make the best of friends online, and when they're such a big part of your life, you should treat them accordingly.

Life with or without love. what matters is the moment when you're happy deep in your thoughts.