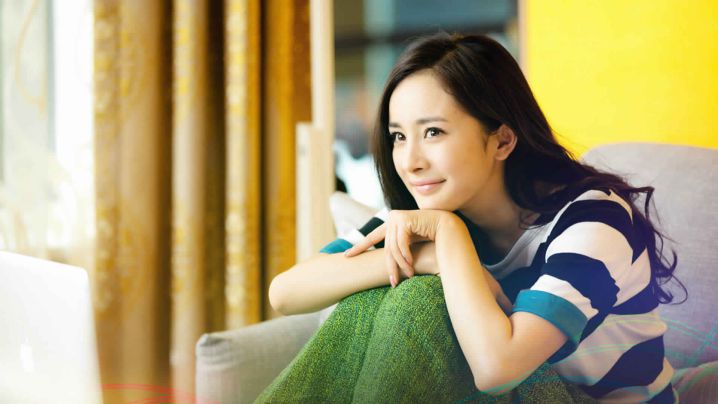 It all started when one of my seniors started smiling at me in a creepy manner whenever I passed by him.

He was a decent looking guy and I knew that he didn’t stare at others like how he stared at me.

But somehow he could not get the message that I was dating someone else. And I knew that he was with someone else too. So I just ignored him.

But a few weeks later, I was having a tough time dealing with a breakup. I had been putting up with a man who had never loved me. This man was looking for the girl he had cheated on - in me. I had fought with my parents and my friends for him. In fact, I had even dumped a guy who had truly loved me for him.

He was the first man I had ever slept with. But now I had absolutely no respect for him. In fact, I don’t even consider him to be a man now. He simply isn’t man enough to be a man.

One fine day, I was lazing around my house when my phone buzzed with a notification from the Facebook messenger. The senior with a creepy smile had sent me a message which read, "Hey." I replied asking him, "What's up?" We ended up having a pretty interesting conversation.

Slowly my perception of him changed. I no longer found him creepy. In fact, I considered him to be a person with whom I could chat for hours.

The whole college knew about my breakup. The whole college knew about his breakup too. He had been through a terrible breakup. I could not even imagine this happening to him. He had been in love with a girl for a reasonable amount of time but she ended up marrying someone else.  They had dreamt about spending the rest of their lives together but for some strange reason, this could not happen in real life.

But he also said that he had moved on with his life because there was no point in holding on to something that could no longer be yours.

Obviously, it took him time to recover from this experience. But he also understood that the sooner he moved on the better it would be for him. The more I spoke to him, the clearer the picture became to me. I realized that I needed to follow the same philosophy in my life too so that I could get over my previous relationship quickly.

We started dating each other after that. He helped me heal and I think I helped him a bit too. He changed my idea of love, of being loved and of being in love. I realized that I didn’t need to have butterflies in my stomach all the time. I realized that the man of my dreams need not necessarily be a knight in a shining armour.

I understood that I just needed someone who let me be me – to myself, to him and to the world. I realized that he need not necessarily bring out the best in me but he definitely turned me into my favourite version of myself.

A few months later, he graduated. So he left the college and moved back with his parents. Aah! The distance…..

For almost a month, someone or the other would come up to me and tell me that we had been wonderful together. They would then follow it up with a comment saying that distance often tears people apart.

The ‘what-ifs’ kept bothering me all the time. I wondered if they were right. Several questions plagued my mind now. What if we didn’t make it? What if he cheated on me? Suddenly all these ‘what ifs’ became the cause of my worry.

So I started asking him to promise me various things. I was looking for solutions for all the ‘what – ifs’ that I had in my mind and heart.

One fine day, I was talking to my best friend. He asked me several relevant questions like "What if you two make it? What if you stop letting your insecurities cloud your thought process? What if you agree with the fact that you love him so much that you cannot mistrust him?"

That is when I realized that I had to cherish the beautiful experience that I was experiencing in my life right now. I had lived on this planet only for 20 years but all my experiences had been vivid.

I realized that all I needed to do was to live in the moment.  I started living in the present and worked to make it beautiful. I explored myself. I found out how to make myself and others happy.

We have been together for over a year now. We are still together. I have no idea if I’m going to be with him for my entire life. But I know one thing for sure – that at this moment – nothing can ever stop us from falling for each other, inevitably – every single day.

All these things lie within us. We just need to decide to make ourselves happy every single minute of our lives. And when we focus on making ourselves happy, nothing can ever stop our loved ones from loving us.

Life can be beautifully balanced if we learn from our past and then ‘let it go’ while keeping our insecurities about the future in control. When we strike this balance we can create a beautiful future for ourselves by focussing on our present.  Let's share this story because when we learn to cherish all the tiny golden moments of love that we experience on a daily basis - everything else pales into insignificance.

Also Found in Relationships , happily ever after , young love , Love .