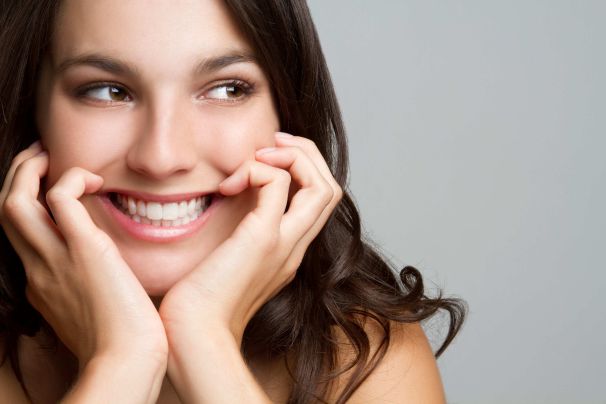 It was a pleasant and warm February evening. A usual day, when everything was in place, except my heart. I don’t know why but I felt that I had lost something; something that wasn’t even mine to begin with. I felt something was leaving me and I couldn’t figure out what. I was restless.

And then suddenly, my phone blinked. It was him, his text read: Hey, get ready soon. I’m coming to pick you up. Meet at our usual place.

I told him I’d see him soon.

He had gone to his office in Mumbai for some training and procedure sessions before he had to fly out again.

I couldn’t believe that this day had finally arrived. The day when he was going to fly back to his ship. After this, I wouldn’t be able to see him for the next six to eight months! I know, it’s painful. But that’s the reality of life and I had already been preparing myself for this day. So then why did I have this painful put in the bottom of my stomach?

It wasn’t that long ago when we fell in love. We had been Facebook friends for a while now but we never spoke. After months spent in sailing, I never even thought twice about striking a conversation with them. Honestly, I never remembered having him on my friends list.

To be honest, I can’t even remember how we began talking, maybe it was a like here or a like there. But soon we began talking and exchanged mobile numbers too. And then one evening, we planned to meet.

Rather than choosing a restaurant or a noisy coffee shop, we decided to meet by the sea.

I don’t know why he chose that place but for me, the reason was that I love the sea and I felt that it made more sense to meet an unknown person in a public place.

I had taken my Vespa that evening and that was soon the first of many. It was February 3rd, and we met every single day after that. We used to make the strangest and funniest of excuses to meet each other. Every minute spent with him made me curious and excited to meet him again and again.

So, this is the day that changed our lives. He came to pick me up, late one evening. He had come directly from his office. The next day, he was going to fly out, so he insisted that we met before he left.

My heart was racing; I could feel the blood pumping in my veins.

When we met, we both were silent for a couple of signals until finally I took the initiative and started talking.

That night, 24th of February, he drove me to Worli Sea Face, the place where we had our first date. I smiled. He said he was hungry and so we went to a nearby stall and bought two sandwiches. He was quiet, while we waited for our food, I couldn’t help but wonder what had gone wrong. While staring at the vendor, I could see him looking at me from this corner of my eyes. He had a strange smile on his face and he made me feel so beautiful. When we sat on the bench, he offered me a piece of his sandwich but I said no. I knew he was hungry and wanted him to eat first.

There was complete silence as we finished our sandwiches. After a pause, he looked at me, with those eyes of his… I wanted to hug him and never let go. That’s when I realized that I loved him and how much he meant to me. He had stolen my heart and I didn’t know how to tell him this.

Suddenly, he asked me, “Will you remember me till I come back? Or will you forget me?”

I wanted to slap him for asking me such a stupid question. How could I forget this boy who had stolen my heart?

We spoke for a while, he explained everything to me, about where he was going and why he had to leave. He told me what time his flight was and even kept me informed about his transit halts and timings. I couldn’t believe that he was leaving tomorrow. And then, it was going to a love story that would have to be kept alive through emails and satellite phone calls.

He saw that I had gone silent again; probably in worry. He asked me what was wrong, but I couldn’t get myself to reply. Tomorrow, he’s flying back and I couldn’t find the words to say anything to him. I had so many questions, so much to tell him… but I just couldn’t find the right words.

I knew what I had to say, but what about the last 24 days; what does it mean to him? Where do I stand in his life now?

Suddenly, I stopped looking at the sea and looked directly at him. I pushed the strands of hair behind my ears. And I placed my hand on his. I held them tight and said, “I’m going to miss you. And I’m always going to be here waiting for you to come back so we can spend another 20 days together. So please, please come back soon.” With that, a tear rolled down my cheek.

Before I could, he wiped it away.

I know he wanted to say a lot more, but maybe I didn’t let him say anything? Or maybe he didn’t want to say anything?

A call from home made me realize it was late and I had to head home. While going back, he kept looking at me through his scooter. Through the journey, I held on to him, tightly. I didn’t want to reach home, I didn’t want to let go.

When we reached, I got down from the scooter and stood near him, my face close to his. He smiled, removed his helmet and whispered, “Okay, see you soon. I’m going to email you. Take care of yourself, study well for your finals and stay close to your phone.” I couldn’t help but think, that’s it?

All I could do was smile, nod and say yes.

He had this broad smile on his face, possibly because he saw the surprise and disappointment on my face. Before I could say “Bon Voyage”, he leaned in and kissed me, softly. As I blushed, my eyes instinctively shut.

I couldn’t speak, when he pulled away. He smiled, “Go now. Message me when you reach home safely, please. I’ll do the same.” He wore his helmet and rode off. All I could do was stand there and smile like an idiot.

My heart was beating fast. I couldn’t even breathe. That kiss had left me so, so, confused, but I loved it.

Share this story, because it's great to read a modern day fairytale.