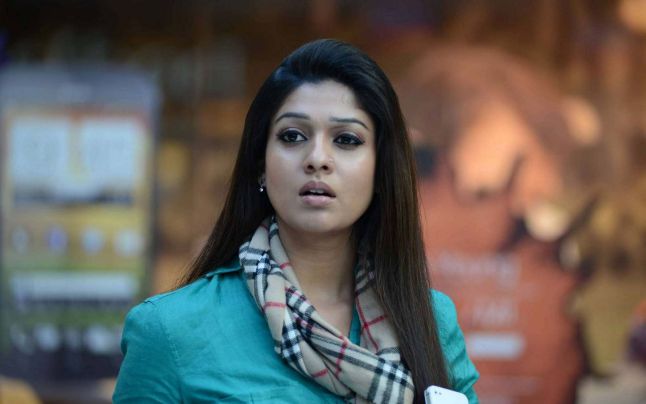 Have you ever watched a movie and thought to yourself, "Why can't I have a love story like that?", even when you know that real life isn't perfect? But we witness our fair share of incredible love stories, even in a conservative society like Kerala. I have seen one too.

This is the story of my classmate who was the topper of our school. She used to spend all her time with her nose in a book. There was no time for games or extracurricular activities! She was from an orthodox family, and it must have been the nasty adolescence, but she wasn't very good looking back then.

It was around this time when something happened to her- something good. One fine day, she found a friend request on Facebook. It was from a boy and he was a complete stranger to her. She never knew that his friend request would forever change her life. She had never received any attention from boys before that, but this boy went a step ahead and texted her non-stop, as if he only had time for her.

At first, the good, studious girl ignored his interest, but as time went by, his persuasion got to her. She began opening up to him. He interested her endlessly, enough for her to think of him all the time, to look forward to talking to him again. You know what it's like for the very first time- they were in love.

Neither of them had ever spoken or seen each other before. They weren't even in the same country! Even then, when he turned his back to the computer which connected him to her, he felt a strange sense of bittersweet loss. He had to confess how he felt about her.

Then came the scary time of "board exams". Her mother wouldn't let her use the phone. She was very distracted by it, but even more after the phone was gone, because she missed him so much. He, on the other hand, was in college. As soon as her exams got over, his semester exams started.

They could not keep contact during this time, but she had a surprise for him. By the time he had finished his exams, she reached Kerala. That's the first thing she did with her new phone- text him to let him know that she had finally arrived. Although they lived close to each other, he was there only for a short time. He had to return to Chennai when college began again.

She could not wait any more. She welcomed whatever they were meant to have together, blindly accepting everything about him. It didn't matter how circumstances turned out, she had to have him in her life. She said ‘YES’ to him. She only saw his one photo, and never heard his voice, but that is the life she chose.

One day she was late for school, and she hadn't replied to his text. She ran to catch her school bus. But that day, the bus was also late. When she reached the stop, she was checking whether she had packed everything, and at that moment she noticed a bike stopping across the road. It was a guy in a denim shirt and a helmet. She didn't care until that guy came closer to her and removed the helmet. The instant she recognized his face, she blushed violently. Her heart raced, she could feel the butterflies in her stomach. She stood motionless. It was him, her love. She wished she could pause that moment, stretch it into eternity so that the magic remained.

Her expression amused him. He asked "At what time would the bus come?”. Unable to even respond, she lifted up her hand to show '5 minutes'.

For a minute, he wondered 'Does my girl stammer?', until she cleared her throat, mustered some courage, and without ceasing to blush, managed to speak an entire sentence to him. A relationship had blossomed and stayed on track. They had the most beautiful time together, and like many young lovers believe, their love story didn't measure up to anything else in the world.

There came a day when she tried calling him, but the call never went through. She tried on and on for 3 days, but his phone was switched off. Pained and confused, she reached out to one of his friends who revealed to her that his parents had discovered their relationship and forced a stop to it. The phone fell from her hand, as if in slow motion. She felt like crying out loud but she was not able to. She felt faint, but she was still on her feet.

And by hook or crook, she managed to reach him through a friend of friend of friend, who put him on a call with her. She prayed that in his heart, he was still true to her. But the boy, perhaps in the stress of the situation, began speaking to her strangely, as if he had never imagined love for her. With that, her heart broke.

She was in college now. His presence never failed to surprise her, and it didn't fail to surprise her on that rainy day when she saw him at a restaurant. Memories reeled inside her head even as he took the seat across the table from her. They didn't speak much, but they spoke as if they had been friends all along.

A week later, on his birthday, they reconciled and became friends again. Mercifully for her, before she could develop the old feelings for him, she discovered that he was engaged to another girl. She was happy for him.

Years passed, and he left for the UK to pursue higher education. She grew up to be an entrepreneur and became a well known designer. They hadn't spoken in years.

Time came around, and brought with it some good fortune for her. She received a huge contract with a company and prepared for a presentation meeting. This would be the defining moment of her career, certainly, but she didn't realize it would define her life as well.

A sharply dressed man walked into the meeting, and as fate would have it, it brought her old love back in a fluorescent meeting room. It didn't take her long to realize something that she deserved to know after all these years- he had never married.

She didn't know what to think of it! She had gone all these years believing that he belonged to another woman, mourning the loss of an incomplete relationship, and nursing her broken heart. All along, he had remained unmarried! And that is when he told her something that brought perspective to the situation- "She only loved my social status, but you loved me for who I am. This is why I have always chosen you."

Like this story, some love stories are meant to be action-packed. Watch Aisi Deewangi from 22nd May on Zee TV at 7.30 pm to experience a love story where there will never be a dull moment.

Share this story because love does conquer all, and the world must know it.