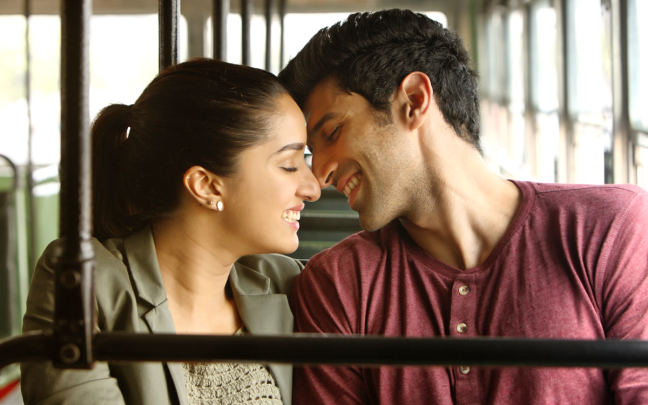 It was just another weekend with my friends. We planned to drive around in the city as my friend had bought a new car. Bengaluru on a weekend, we knew it was not a great idea but we just wanted to do it. All of us were mentally prepared for the traffic signals. So we started our journey.

We encountered many traffic jams and road blocks on the way, but it was fun. As our journey continued, we came across a road which looked very familiar to me.

Suddenly I saw myself on the footpath. I had some unforgettable memories on that road. This is where I saw him for the first time.

I can never forget that day. He was kind, handsome and a charming guy. His eyes were calm and yet they wanted to say something, I was taken back to the real world by an unexpected break. It was a red signal.

I was enjoying that moment. There was a smile on my face. I just started to look around. Traffic signal is where you can see different situations like: various people selling a variety of things, huge crowds struggling to cross roads and frustrated drivers/riders. Amidst all this distraction I caught those eyes that were looking at me! The same old, calm eyes.

It was him. After all these years, he looked the same as he did 6 years ago.

My smile disappeared. We stared at each other until my friend started the car. We didn’t even exchange a smile or a wave. I turned around to look at him for the last time, but it was too late. I sighed with a sense of disappointment.

My eyes were wet and yet I liked that moment.

All those memories rushed into my head within a second. I had spent the most auspicious moments of my life with him. We were together for almost five years. Now it had been more than a year since the split. Even though there are a few common friends still, we never ask about each other as we had promised. We knew it was going to be very difficult to move on if we kept meeting. The breakup was unexpected and unavoidable.

Just then, my phone started to ring and I realized where I was. On receiving the call, I heard a very familiar voice even though the number was unknown. I started shivering and smiling with my eyes filled with tears. It was his call!

We both were so stupidly mad about each other. His eyes looked into mine and he said, "I am sorry!" I slapped him and said, "I love you too!" We hugged each other, that moment has been one of the most beautiful moments of our life till now. And all the credit goes to that traffic signal, which was red at that point. This red signal gave a green signal to our love again!

Even today when we are at the signal, we can’t stop treasuring all the memories. The signal found the love of my life, twice. Both of us never get irritated by traffic, we just try to create more memories.