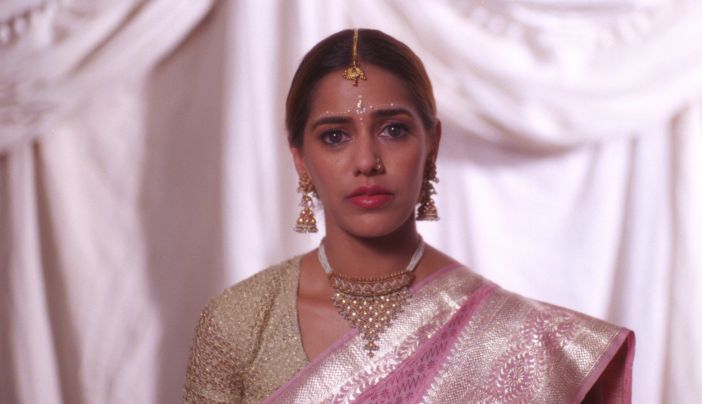 I am from Mumbai, but I was too naive in spite of being a so-called urban girl. I only had one brother who had become a successful NRI at a very young age. Both of us were proud self-made individuals and I never asked for any help from him. My dad passed away when I was still in college. But I didn’t have much to complain and I felt lucky and thankful that we were a very financially sound and secure family. I didn't have any cousins to play with when I was growing up because my parents had eloped and got married. Both their respective families had disowned my parents.

Growing up, I worked hard, I was very career oriented and dedicated. I was the only girl who travelled to work from the faraway suburbs are, with our office being in “town’. Reporting at 7 am sharp and doing many other odd hour shifts and staying back in the office till it was safe to go back home.

When I was 27, I was told that I was getting too old to find a good man and nobody would marry me if I waited too long. So, I logged into a matrimonial site and connected with a guy. He seemed to earn pretty well as that was the first thing he mentioned in big letters in his profile. We eventually met and we fell in love. He was an engineering graduate as well and had also earned an MBA degree from a reputed college. Within 4 months, we were engaged. He belonged to north India but worked in Mumbai and he gave me very little information about his family. That didn’t bother me much thinking that we would continue to live in Mumbai after all.

And just like that, within a few months of knowing each other, we were married. I was excited and hopeful about a happy and excitement-filled future.

The first day of marriage in his hometown, I was taken to a slum area filled with garbage. There was a stink in the entire stretch that led to his house. He was totally uninhibited about the whole thing whereas I felt like someone had snatched the ground below my feet. It was like a heart attack!

I had never seen so much poverty in my entire life. It was a shock to my system. There were unhygienic living conditions, lack of civic sense and my in-laws expected me to cover my head all the time. My father in law roamed around the house in his underwear. I was instructed to touch the feet of everyone and anyone who visited. I quietly did all that. We spent the 15days there and came back.

But soon my mother in law moved into Mumbai permanently to "help" me. I was made to do work in the kitchen after returning from work and by the time it was my turn to eat, there was hardly anything left apart from the rotis that I had made myself. She started asking me sensitive and private sex-related questions like asking if that was the way I used, to trap her son into marriage?!

Things were only to get worse from there.

I wasn't informed of any big decisions, not allowed to sit in the front seat of the car with my husband. I was always told there are financial issues, though the first 5yrs I didn't even ask for a single penny. In fact, I gave away 90% of my entire work life savings for the house we bought.

After we had our first child, I was made to do all household chores!

My husband's sister and her kids came every year for a full 2 months all expenses paid vacation and were given expensive gifts worth 2-3lacs rupees. My husband would take care of all her expenses. Whenever I questioned these decisions, my husband was never understanding but instead got confrontational. He made statements like "YOU have no say in these matters" and "Though my sister is married, she remains my responsibility".

When I sit and try to analyze what went wrong, I realize that his family had a hand to mouth existence. They had been deprived of basic amenities. His relatives were peons and clerks in government offices. Women as young as 18 were married into the family only to become unpaid maids. They were beaten black n blue even if there was a small mistake in cooking. All of this was concealed from me before marriage. His pattern of behaviour starts making sense but it doesn’t make anything better.

In spite of earning well, my husband only squanders it away on useless stuff, gifts his mother and sister expensive jewellery but doesn't care much about saving for future or for his own two daughters.

He is the kind of man who will donate his own kidney to buy a BMW car.

The biggest mistake I made in my life was that I didn't bother to check his background. Now, I am trapped in this circle of mental and financial insecurity. My brother had sensed something fishy during the marriage but I didn't have the guts to take any action. Today, my brother has given up on me and says that I got myself into these problems and it is up to me to manage them. My mom is ailing and dependent on my brother. I have no other family member to turn to.

Divorce will just not work in my case as he spoils my daughters silly and they do want him around and I cannot live without my daughters. I feel trapped with no escape in sight!

Marriage is a big decision. You are not just marrying a person, you are often being exposed to a different value system than the one you have grown up in and known all your life.

We encourage everyone taking the leap to not rush into this decision and make the decision both with the heart and the head. Read and share this story to know what can wrong when you don't.