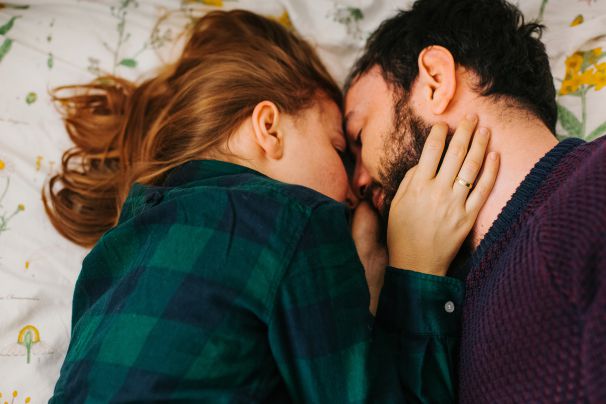 Sometimes we have to accept that reality is more important than our feelings. Since childhood, I have been fond of the Indian army. I love their fitness, their uniforms, their discipline, everything. And when I was 18 years old, I met a guy through social media; he was in the Indian army. We started chatting, and there he asked for my contact number. We began to talk on the phone, and it didn't take much longer for us to fall for each other. I know he loves me and I also love him so much. We both love each other, even though I'm too young for him, he doesn't compare me to the mature women. Instead, he always corrects my mistakes and guides me with what I am supposed to do.

He would ring me up early in the morning and ask me to freshen up and study.

He would be busy then, but he never made excuses that he has no time for me. He would always talk to me whenever he's free or even if he gets only two minutes of time, he would call me saying that he missed me. But his jobs never gave him time for us, he would always tell me to study till he comes back from his duty and if his duty were till late at night, he would ask me to sleep, and before I'm going to bed, he would never miss to call me. I miss the way he provided his time to me. It went on this way for almost two years and unfortunately we started fighting after I found someone’s photo on his phone, which I start hating him for. I was frustrated, and I started being rude for what he had done. He apologized many times, but I couldn't trust him anymore.

I told him to stay away from me; I didn't want to continue the relationship anymore after hearing this. He didn't utter any words, and he hung up. After one week, he called me with a new number saying that he was posted to Himachal Pradesh, so we spoke usually. He apologized again, but whenever he apologized, I felt more frustrated, and the photo on his phone was just right there in my mind whenever he asked me to apologize him. I was so frustrated deep inside, I loved him so badly, but I didn't want to show my feelings again.

I would talk normally with him whenever he called me, I didn't have another relationship either because my feelings for him were so deep.

I was scared to trust him again but deep inside; I still wanted him. The story went on this way for two years, again he came and met me for the last time. We spent time with each other in a restaurant for two hours, just having conversations. I could smell alcohol for the first time from his mouth, but I didn't question anything, why he was drunk etc. He asked me, “are you moving on with your life?” I said no, but he said that he didn't think so. Then I said that's fine and we didn't have much time to discuss it further since it was his reporting day and we departed from each other. He called me, and I couldn't handle myself. I went to the bathroom and kept crying since I was in the hostel, I had no place to cry apart from the bathroom, and that very night, I had a fever. My senior took me to the hospital, and I couldn't attend his calls since I was in the hospital, he didn't know that I was hospitalised.

Maybe he thought that I didn't love him anymore so he never called me again.

Two years later, I saw a child's photo on his WhatsApp DP but I didn't say anything, then he texted me to tell me that he got married a year ago and he confessed to me that he still loves me. He said that he could not forget me and he told me not to forget him even if I would get married to someone else in future. He calls me from time to time, till now. He said that he would never stop drinking as well, though I try to make him understand that he has to accept the reality and he should stop drinking.

But he says that he will drink till death comes to him.

I don't know what to suggest to him; he's not ready to accept my words, and of course, both of us didn't mean to get back into each other even though we both are still deeply in love with each other. The thing is that I'm worried because he doesn't stop drinking and I'm feeling pity for his child and his wife. If something happens to him, though I haven't seen his wife, these days he is worse with his drinking condition. I know I can stop talking to him, but I can't see his condition in that way again. I don't mean I will take him back, but I just want him to stay happy and accept the reality because God plans for us in different ways. I shared this story as a reminder, we all have relationships, but it's not necessary to get married to every one of our lovers, because it's God who decides our life.