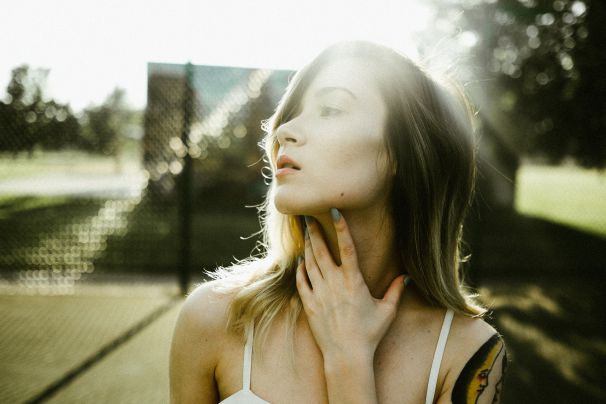 I hope you are fine and that your classes are going on well. It's been a week since we decided to break up.

I hope you are doing well after hurting me again. You ensured that my life became hell after playing your silly boyish game with me for a year. Now I regret the day I accepted your friend request.

You were the one who initiated the chat between us. I do admit that you supported me when I was vulnerable. But you took me out of one hole so that you could push me into a deeper one. I did not even realize when I started getting attracted towards you.

I had zero interest in your looks so I fell for you even before meeting you. I just wanted to create my very own fairy tale story with you as my hero. Unfortunately, you became the villain in it.

I don’t know why I agreed to meet you. I would have been better off now if I hadn’t met you. Things were so smooth until that day. You were always the cute guy in my life. But within a few months, I experienced the worst kind of pain in our relationship. You shattered my heart into pieces. You didn't even care for my feelings.

Not once did you try to understand what I was going through. Actually, even that was fine. At least I knew that you were not going to return to my life.

But then again you barged into my life when you decided to call me and apologize to me. I still don’t know why you did this.  Things became even more difficult after this.

I think you will never know what it feels like to talk to someone you have fallen for when the person does not even treat you as a friend. My frustration is driving me crazy.

You do not know that I had a conversation with your new girlfriend a few days back. She said, “It is so strange that even after facing so many ups and downs our roads keep crossing and we always end up with each other.” I said, “How can you talk like this in front of me? We have been together for almost one and a half years now.” She then said, “The difference is hamara pyaar dono side se hai aur aapka tho sirf single sided hai.”

Those words haunted me for a long time.

I knew you were meeting your new girlfriend the next day. So I was sure that at least you would try to end our relationship by breaking off all contact with me. But instead of doing that you chose to sit down with me and justify your point. You started giving me explanations for breaking up with me. Kasam se – pyar hi aagaya tha us din. So even though all this hurts me a lot, I have to accept your apology because I know I can never be a part of your life again. It will take me some time to move on but I have to do so too. It will be tough but I have to do this for my own sake.

With lots of love,

Can we force someone else to love us just because we love them? We may have spent a part of our lives with them. Maybe we will always cherish the memories of our shared times. But our fair/unfair expectations should never become a burden on someone else’s life. Do share this story if you too believe that if love flows out of our lives it will flow back into our lives too at the right time with the right person.