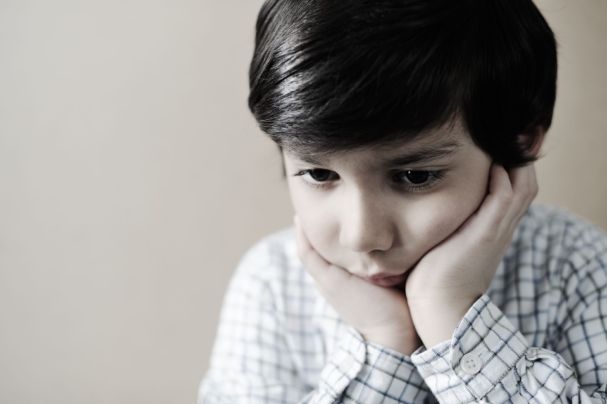 Medical internship is easily the most exciting and yet the most frustrating thing in the life of a young doctor. Exciting, because there is this positive feeling of already having become a doctor and saving the world! Frustrating, because it is far from rewarding. The two feelings are as contradictory as they sound. On the one hand I'm talking about saving the world and on another hand, complaining about rewards. Well yes I'm doing exactly that and here's my story to back my emotions. So please, bear with me.

The truth is it’s not a job, it’s an internship! There are days when just a simple dressing helps heal a patient’s wound and as an intern you feel satisfied. However, there are times that test your patience as well, when you want to do so much more and find yourself helpless since you don't have the permission to do anything you like. There are not many opportunities or instruments available at your disposal, as you are the junior most in the hierarchy of medical practitioners.

But well, you can find light in the darkest of times I guess. So one of the most worthwhile experiences of a medical internship is the peripheral posting that gives you an opportunity for field work and provides a reason to be of service to the society. While the seniors are too busy in the hospitals, it’s the interns and the junior resident doctors who are handed over the job of conducting camps and identifying patients in need of medical care.

It's the most satisfying feeling to serve the community and be a responsible citizen to your motherland. I wish I could put the feeling in words for you. Let's just say it is as fruitful a feeling to bring a man alive as it is when you see your baby for the first time.

As a part of my internship rotation in Ophthalmology (Department for medical and surgical eye problems), I got an opportunity to be a part of a health check-up camp this October. A school was selected in one of the nearby villages and my job was to test for visual acuity or to assess if any child had any refractive errors and ask him/her to come to our hospital for a follow-up if needed.

We were provided with an English version of Snellen’s chart. Snellen’s chart is a chart that Ophthalmologists use for testing vision by asking you to read out what is written on the chart which is usually placed at a distance of 6 metres. It consists of a sequence of letters or numbers or figures depending on the patient’s intellectual level and language preferences. The chart worked quite well for the first four days.

But on the fifth day, something much unexpected happened. To my utter surprise, the school that had been selected for the fifth day was a special school- a school for the differently abled. And this is where I learnt the most important lesson of my life to serve the world as a responsible Doctor.

It all happened when an autistic kid came up and my friend and I had to assess his vision. Since we only had the letter-based Snellen's chart (that too an English one), we couldn't diagnose if he had any refractive errors. Numbers and letters didn't make much sense to him. I felt embarrassed and irritated with the management team that delegated us the work. The least they could've done was their homework.

Conducting such camps is not a joke and they should've known that. They could have been more painstaking in their approach and could have at least informed us what sort of a school it was so we could be more prepared. It's not like the right equipment and charts are not available for the differently abled.

Unsure of what we could do, my friend and I decided to continue with the task at hand using a bit of ‘jugaad’. We devised a makeshift Snellen’s chart with circles of varying sizes instead of letters and asked them to count the number of circles. It may be said that it was a totally ‘kaam-chalau’ technique. But what mattered to us in that moment is that we were able to diagnose a few kids with refractive errors with this same technique.

For the majority though, even figures made no sense or rather their imaginations were all too powerful to just laugh at our ‘jugaad’.

As we were returning from the best job of my life, my mind went back to that autistic kid. What use would it be to diagnose him with a refractive error just because he can't read what we can, the so-called ‘normal’ beings read? Yes, as a doctor, I can change his vision but not his imagination. He sees the numbers differently. He sees the world differently. And, guess what? It's so much better. In his world, there is no discrimination whatsoever. In his world, there are no soldiers and no terrorists.

In his world, India and Pakistan don't exist let alone fight. In his world there is only happiness and no sorrow, no worries for what is going to happen tomorrow. Wasn’t it how we were supposed to live?  The world through his eyes is actually more normal and beautiful. Yet we have labeled him 'abnormal'. Yes he sees the world differently and maybe that's what we envy. If only we all could see the world though his eyes, it would be a better place to live in.

Through his eyes, maybe we all suffer from refractive errors and it's high time we correct it.

I wish there were more doctors like Dr. Devashish Palkar, who sent this story to us. Sadly, that's not true. What's true is we don't appreciate good professionals enough to keep doing what they are doing. Share this with every doctor and individual you know, to make this world a better place to live in, as he said.

A young doctor, creative and rebellious but in the heart of hearts I am just a story-teller.

YOURS GEEKLY
HOW'S THE JOSH
YOUR STORY
LIFE IN THE TIMES OF CORONA
DIRTY PICTURE
BAKKAR. CHAI. SUTTA