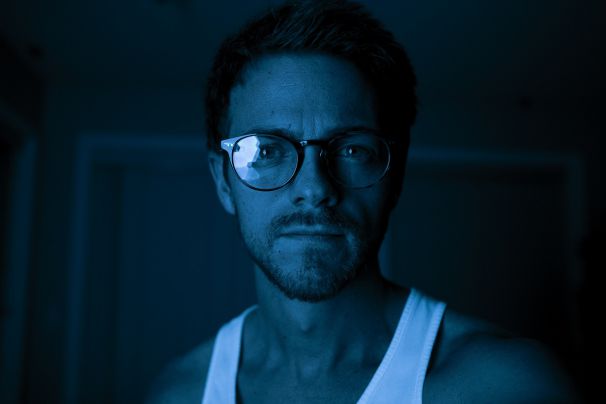 I took a handful of sleeping pills. I think it was around 1:03 in the night when I did this.

I had been deceived by my girlfriend. I had been waiting for months now to get a call letter from my company and I was finding it difficult to overcome my financial issues.

I had only one hope now. I could commit suicide. I lay there on the bed. I was feeling too dizzy to open my eyes. I was tired of the tears that continuously welled up in my eyes. I looked at the clock. It was 4:13 now.

After a while, I could hear someone whispering something. I opened my eyes and looked around. I was confused because all I could find was space - empty space. I wondered if I was dead. I could see two paths in front of me.

I did not understand anything. Suddenly a gust of wind swept me off my feet. I found myself on the dark path. I had landed in a land which was full of dark people. They had opaque bodies. I stopped the first person I met and asked him where I was. He said, “Hell!”I then said, “Aren’t we human? Why am I not able to see your body?” The man said, “It will take you some time to understand this. This is Hell and we are all just shadows now. Look at your body. You too are just a shadow now like the rest of us.” I looked at my hands and realized that he was right. I looked at him and asked him, “But why?”

He said, “In Hell, a shadow refers to our inability to remain true to others. You cannot see what is in my heart.”

He nodded his head and said, “This is what happens in Hell. No one is true to anyone here. I just pretend that I am honest with everyone. But I may have cursed you and thought ill about you at least a 100 times.”

I was totally scared when he said this. I said, “If all of us are supposed to hate one another in Hell, why are you being honest with me? You know you are doing the wrong thing in Hell by being honest with me, don’t you?” He paused for a while, looked at me and said, “Well, you have come from earth just now. You know the answer to your question, don’t you?”

“There is no happiness in Hell. Don’t waste your time here.”

I was amazed and I guess he saw the blank look on my face. He said, “If you want to get the answers to all your questions, go to Heaven.” I asked him where it was. He said, “I’ll show you.” I found it a little weird that a man living in Hell was showing me the way to go to Heaven.

Somehow I felt I too could do the same for others in the future.

A few moments later, I came to the land of happiness. Here everyone was transparent. I laughed aloud immediately. I could see some elements wandering here and there. They seemed to be laughing all the time. I stopped an old person who seemed to be coming in my direction and asked him, “Who are all these elements that seem to be floating around here?”

The old man looked at me and said, “Don’t you know who we are? We are souls.”

I was curious now. I said, “Aren’t we all dead? They why do we look different?  We started walking together slowly. He said, “Let me tell you about it briefly. God has given you a wonderful life. Then why the hell did you come here at this young age?” I said, “I committed suicide.” He gave me a strange look and said, “That is why you were sent to Hell first. Isn’t it a sin to commit suicide?”

I looked at him defiantly and said, “You don’t know what I’ve been through. I was left with no other option.” The old man gave me a serene smile and said, “Don’t be so foolish son. Look at me. I am an old person.”

I looked at him evasively and said, “My case is differ….” He interrupted me and said, “Leave all that. Who cares? Death may have relieved you from the problems that you faced on earth.”

“But in Hell, you won’t even get a chance to solve your problems. That is why the people in Hell are always unhappy.”

“Think about it for a while. Won’t your parents, siblings, friends, girlfriend (if you have one) be sad for years when you commit suicide? That means you made a few people on earth unhappy. So you had to go to Hell.” I gave him an angry look and said, “My problems are….”

He looked at me nonchalantly and continued talking, “Just kick them. Were you deceived by a loved one? Some other girl deserves you. Were you finding it difficult to get a job? Identify your talents now. Are you sick of the people around you? Take a trip with your friends. Do you often feel lonely? Get into the habit of dealing with this now itself.”

I can give you several such examples. I know it is not so easy to follow the advice that I give you. But you know what?

Everyone goes through the same crap. Don’t take life so seriously. Things change. Even people change.

The person you lost now will come to you some other day. Now you tell me. Is suicide the only option that you still have?” I started smiling at his words.

I then suddenly heard the sound of my door opening. I opened my eyes slowly. My sister was standing in front of me. She put an envelope into my hands. She tapped my cheeks and said, “Alex. Wake up.” I looked at the envelope and asked her, “What is this?” She looked at me happily and said, “The call letter that you have been waiting for.” I got up from my bed and opened the letter. Yes! This is what I had been waiting for. I looked at my sister and said, “When did you sleep?” She said, “At around 12:30.”

I looked at the sleeping pills lying next to my pillow. I had dreamt about the whole thing. I laughed at my dream as I recollected the vision that I had of Hell, Heaven, Shadows and Souls. Somehow it frightened me now.

But the message that my dream had conveyed was DAMN true.

My sister was crying quietly but she started smiling at me when I started laughing loudly. She said, “Why are you laughing?” I winked at her and said, “Because I am in Heaven now!”

Maybe the concept of Hell and Heaven was created to ensure that we all lead peaceful lives. Let’s learn to harbour no ill will for anyone. Let’s find our own ways and means of cleansing our hearts and minds of the myriad negative feelings and thoughts that flit through them. Do share this story because we may all plumb through the depths of despair in our lives but let’s never forget that hope is always around the corner for all of us.