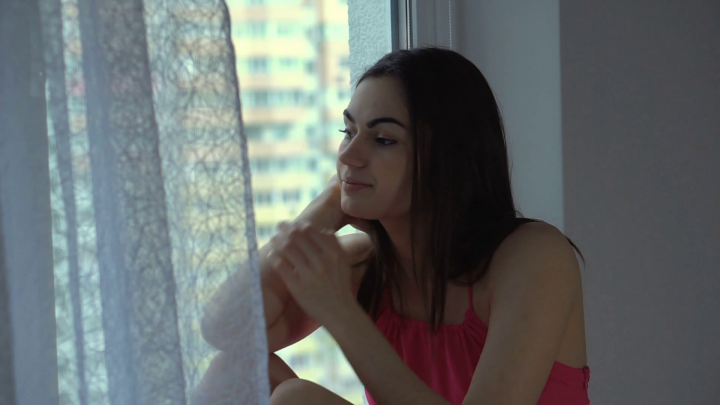 I still search for that man. The man I loved. The man who created magic. The man who showed me how beautiful I am. The man who made me fall in love with myself, my family, music, nature, life and the man himself! But he isn’t there around me anymore. He isn’t there anywhere. Sometimes I wonder if he ever existed or was he just a part of my imagination; my creation of my perfect man! Did it ever actually happen or was it just a fairy tale as it starts with “once upon a time”?

Once upon a time, there lived a tall handsome man and a sleek charming girl. Although they worked at the same place, their worlds were completely apart. The man was already committed to a girl for over 6 years and was quite happy with her. This girl was looking for her Mr. perfect after a pretty bad breakup.

Nobody knows or remembers but one fine day, the girl insisted that the man narrate his love story to her. The man kept postponing the narration. The girl still doesn’t know why. But one day on a chilly evening in December, the man called the girl to a restaurant to narrate his story. The girl excitedly rushed to the restaurant. The girl doesn’t remember anything else about the evening except that the man made her talk to his girlfriend on the phone.

Chatting and meeting became a habit. There wasn’t a single day when they wouldn’t message, call, or meet each other. The man realized there was something different, something special. It wasn’t just a habit but much more than that. He said he spoke and shared things with the girl because she was the only one who reacted the way he expected.

The girl still managed to convince herself that there wasn’t anything special as the man was already committed. But it wasn’t late when she also realized that she loved him. Nobody else had ever made her feel the way he did.

It was magical! There is no other better word to describe it, just magical. And yes, all this was happening while the man was committed to his girlfriend. The man kept telling this girl that he couldn’t break up with his girlfriend as “he is a man of words” nor could he leave the girl as he immensely, truly, and genuinely loved her. The girl believed him. She didn’t know where this was going but she believed the man. She just knew he wouldn’t ditch her, she knew he wouldn’t leave her mid-way. She believed the man would marry her.

But it was all a lie. All that she knew was wrong. All that she believed was false. The man left even without saying a proper goodbye. He left her mid-way and married his girlfriend. He never gave any reason to this girl. He didn’t even check on this girl on how she was doing, what she would do after him. He just exited. He blocked her on all social media and didn’t invite her to his wedding.

Just as one could imagine, she was shattered, distressed and devastated. She went through a bad phase of depression, feeling cheated and dejected. Probably she hasn’t come out of it yet. Not that she lives her life sadly but there is no love in her life anymore. After a year or two, she got married to a man who loves her more than anything in his life. But this wasn’t enough for her. She wanted a man who could love her the way he used to. She wanted him…

Time passed by and that man got back in touch with this girl. He kept it very simple and clear that he just wished a healthy friendship. The girl couldn’t reject the offer. She needed him in any form possible. But as they spoke and chatted, she realized it was him but it wasn’t him anymore. This man was a changed man. This man was the one who loved his girlfriend now wife. This wasn’t the man who created magic for her. She realized the man existed but not the magic or was it the other way around? Even though the man wasn’t around, she could feel the magic.

That seems like an unhappy end for a fairy tale, right? Even now, the love exists but the lover doesn’t, the magic continues but the magician doesn’t. I am happy in my marriage now and am living a peaceful life. But some days I wonder only if he had married me instead of her this world would have been a fantasy land for us. Or maybe not. Maybe God never wanted this magic to end so we didn’t get married to each other and ruin all the romance. Maybe…