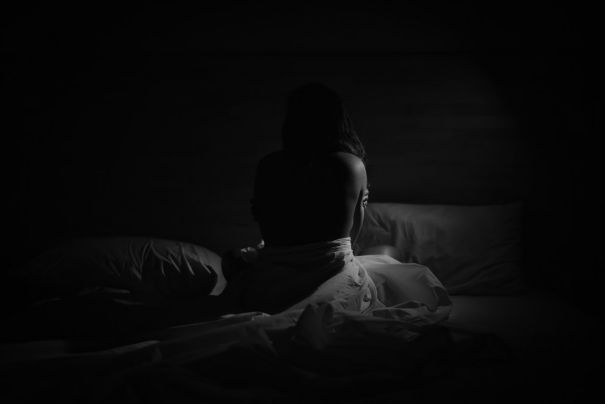 I lost my mother when I was in the 7th grade. After that my paternal grandparents and my father took care of my younger brother and me. Life was always full of surprises. We now got to know that our new mother was going to live with us in our house.

Our new mother came to our house when I was in the 9th grade. When she came, things became really super weird for all of us. The people of our so-called ‘society’ would ask me about the kind of person she was and whether she treated us properly. The list of questions that they asked us was never-ending. The weirdest part about the whole thing was facing such people.

I was not mature enough to answer their questions and they would always look at me in such a weird way.

This happened even when I joined college. People would ask us why all four of us looked so different from one another. My brother and I had similar features and my step brothers looked alike. I would never have any answers for them.

I then moved on to study in Noida. One of my real masis lived in Delhi. So after I got to know all the metro routes I visited her frequently. I had a cousin brother and a cousin sister who were younger than me. Initially, everything was fine.

But when I was in my second year my cousin brother's behaviour started changing. He stopped talking to me and never replied to any of my questions.

This went on for a long time. One fine day, I asked my sister why he was behaving so strangely with me. She said, “I too don’t know. He doesn’t talk properly to me too these days. I said, “OK” and left it at that. I thought maybe he was under some kind of stress or perhaps something was bothering him. I would visit my masi frequently. But after a few visits, something unimaginable happened. Both my cousins and I would always sleep together at night.

This time my cousin brother started touching my private parts. I pushed him off but he did not stop what he was doing. This continued to happen for quite a long time. Sometimes I had to stay awake for the whole night because I wanted to keep him away from me.

One day, I gathered enough courage to speak up to my sister about it. And I was even more shocked when I did this. She told me that he did the same thing to her too.

I literally stopped speaking for some time. How could a brother do this to his own sister?

I told her to speak up to my masi as soon as possible because he continued with his behaviour. She did tell her mother about what her brother was doing to her. But, my masi just asked her to stay away from him.

She asked her not to sleep next to him. She told me that this applied to me too. THAT’S IT!!

I could not believe that a mother could defend her own child when he was indulging in such a shameful act. I was shocked when this continued even after we had told our masi about it.

This time we decided to bring it to the notice of our mausaji because we trusted him and believed that he would definitely do something about it.

He was angry when we told him about the matter. He talked to him firmly. (If you ask me, he should have really slapped my cousin brother.) But the most unbelievable thing was that my masi defended him in front of my sister and mausaji.

But our beloved mausaji taught him a serious lesson and made him promise that he would never repeat such a thing in future.

I did not believe him or his promise. But I really hated my masi so much that day. She has done a lot for me.

But the defensive stance that she took while dealing with this incident is unforgivable. She is a hypocrite!!

I loved her and respected her so much but now I want to stay away from her. She has even b*t*hed about me to my cousin sister.

It does not matter whether we live with our siblings or with our cousins or with our step brothers and sisters. Such things are just not acceptable. And both parents need to ensure that the girls of the house are able to sleep peacefully in a protected environment at home. Do share this story because often parents do not even know that their sons are capable of doing such things.