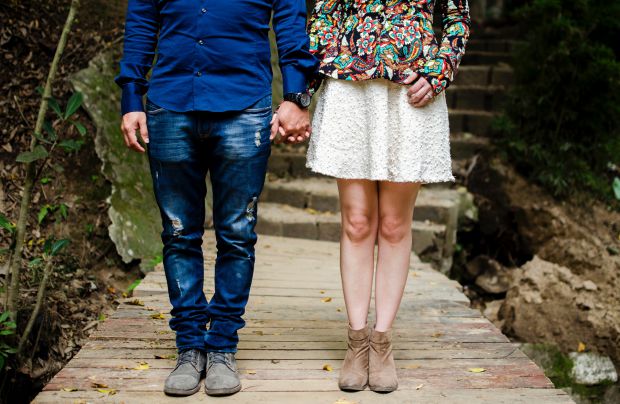 My name is Mak. I love a girl called Aisha. (I have changed her name here.) We met when we were in the 10th grade. We used to go to the same coaching class and things just clicked between us. Soon we were really into each other and before I realized it she became the love of my life and we meant the world to each other.

There was only one villain in our story. Our religion.

I am a Hindu and she is a Muslim. We knew our relationship had no future in a country like ours. So after we passed our 12th standard board exams, we parted ways.

We knew that we had to move forward without each other. We did not want to end up hurting ourselves later on.

But we could not control ourselves and got back with each other very quickly. We spent five years together. And all through this phase we never shared any intimate moments with each other.

We just preferred to spend time with each other and did not want to rush things.

One fine day a few of her jealous friends told her parents about our relationship. Her parents came to my house and our world literally turned into hell.

We were made to promise that we would never meet each other again.

Her parents threatened us by saying that they would file a case against us if we met again. After they left, I went and calmed down my parents and promised them that I would never do anything like this again.

Those two months were the most difficult days of my life. It was like all hell had broken loose on me.

One evening, I was sitting in the park near my lane when my phone rang. I couldn't believe my eyes. It was Aisha's call. My Aisha's call. She was calling me after all this time. I accepted her call immediately and just couldn't find any words to talk to her.

I simply could not speak. All this while I had wanted to tell her thousands of things but now I was speechless on the phone.

I guess she too was experiencing the same thing. After several minutes I gathered the courage to say, "Hello!" No one replied. I could hear her sobbing at the other end. I said, "Kya hua? Ro kyu rahin ho?"  (What happened? Why are you crying?) She just asked me to come to the roof of her training institute. I was on there within the next fifteen minutes.

She was sitting on the edge of the terrace. I just went there quietly and sat down beside her. I still remember that day perfectly. She leaned against me and put her head on my shoulder. She broke the silence and said, "My parents have fixed my wedding date. I am getting married next month." And the next thing I knew was that she was crying bitterly.

There were dark circles under her eyes and her cheeks were red. I could tell just by looking at her that she too was finding it difficult to live without me. I realized that this entire experience had been tough on her too.

A cool breeze brushed against her face. Tears were streaming down her cheeks. I placed my hand on her shoulder to comfort her. I held her face between my palms and wiped her tears with my hands. How could I not understand that she too had the same intensity of feelings for me? I realized that she too had suffered like me for the past two months.

She was my angel. God had sent her only for me. And here she was right in front of me. Her face was just a few inches away from mine. Tears were flowing from her eyes.

My hands reached her cheeks and wiped the tears from her face. We just sat there and looked into each other's eyes.

I don't know what happened to us. The very next moment our lips were battling each other. Our tongues started playing games. It was as if we had created our own world in which time and space ceased to exist. It was our first kiss. It was the most memorable experience.

This was the happiest part of our life. We parted after a few days with some very good memories. These memories will stay with us for the rest of our lives.

I still miss her and love her. I know she too feels the same way for me even today. We still chat on social media sites secretly. I just want to spend the rest of my life with all these lovely memories that we created together.

I know no other girl can take my angel's place.

We may not always be fortunate enough to live our lives with our loved ones. But we will always carry them in our heart and smile when we think of them. Every moment that we share with our loved ones is precious. These love-filled memories light up our lives with joy and bliss.  Do share this story if you too believe that this young couple really knows how to nurture even a transient bond with wondrous love-filled moments.