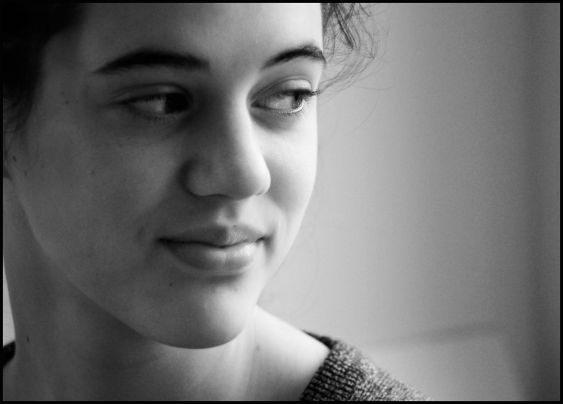 I am Raveena. About 7 years back, I fell in love with a guy who was 3 years older than me. His name was Buddy. He looked good and belonged to my native place.

He told me that he fell in love with me the first time he saw me. He would always come to my house for some stupid reason or the other.

He would ask me, “Is your brother at home?” and I would always tell him, “No.” One day he came home at 7 a.m. in the morning. I was fast asleep at that time. But when he saw me he said, “Ab to uth jaa radhe!” I was very confused when I heard him say this to me. I thought I had not heard him correctly. I wondered who he was and why he said this to me. But he ran away after saying it.

Over a period of time, we slowly started talking with each other. I then got to know him by his name.

I was back in Mumbai when my cell phone rang. It was an unknown number. Someone was speaking to me in a girl's voice and was saying, "Kya aap Raveena bol rahi hai?” I said, "Yes." The voice then said that "I am a friend from your school." I got angry and shouted at the person who was calling me and disconnected the call. But he started calling me again after a few days. He said, “I am your padosi. I live near the house that you have in your hometown.”

When I heard him say this to me, I started smiling like a stupid girl. I still don’t know why I smiled. I couldn’t help laughing at his approach. After that, we both started talking to each other.

I now had a soft corner for him. I don’t really know when I started liking him but I do know that I was unable to do anything about how I felt for him.

He proposed to me after a year and said, “I love you.” I was shocked to hear those words from him. I was silent on the phone but he said, “Me sabse jyada duniya me tumse pyaar karta hoo. Pagalo ki tarah.” “I loved you from the day we met for the first time in your house. You look so so beautiful. You have the voice of a small child. Your eyes are like an ocean. Please say that you love me too." But when I heard him say all this to me, I was scared. I stopped talking to him and did not reply to the messages that he sent to me on my cell phone.

All my friends used Facebook. So I too created my ID on Facebook. After a few days, I got a friend request from him on my Facebook ID. I did not know whether I should accept it. I thought about it for 2 days and then accepted his request. After I accepted his request, he sent me a message which said, “Hey, Kya ho raha hai? Kaise ho?” I just replied normally. He then started telling me that he still loved me. As usual, I told him not to entertain such thoughts about me.

A year later, he proposed to me again. This time I said, “Yes” because I was in love with him.

We had been in this kind of a relationship for 2 years now and we were happy with each other.

One day, I got a friend request from an unknown boy called Vinod. I checked out his photo to see if I knew him and I thought he looked really handsome in the picture. I accepted his friend request and we started chatting on Facebook. After a few days, he asked me how I knew Buddy. I asked him why he was asking me such a question. I told him that Buddy and I belonged to the same hometown and he was my neighbour there. I then asked him how he knew Buddy.

Vinod said, “He is my sister’s fiancé.” I was shocked and did not know how to react.

I wondered what he was telling me. I could sense that my heart was beating at a very fast pace. I thought about it for a while. Buddy had never told me anything about this so far. Maybe Vinod was lying to me. I asked Vinod several questions about the whole thing.

In the evening, I got a call from Buddy. He said, “Hi! What are you doing?” I said, “Nothing.” We talked for a few minutes and then I asked him, “How is Bhavana?” Buddy was shocked. He was wondering how I came to know about her. He said, “She is just my friend and nothing more.”

I now came to know that he had been lying to me for the past two years. Everything that he had told me was false and wrong. He had been playing the fool with me. I broke off my relationship with him after this. I stopped talking with him. I did not reply to his messages. I wanted to get over him.

After a few months, I went to my native place. He stood in front of me and started smiling. I turned my face and went into my house. I decided to sit with my nani. I did not feel like facing such a bad person. After a few weeks, I returned to Mumbai.

He started messaging me on Facebook after 6 months. We started chatting and he told me about the details of his engagement. He said that he had been forced to get engaged to that girl. He then said that he had never been happy with her etc. etc.

So, after a few months, we resumed our relationship. We had been together for almost 3 years now.

One day I got the news that he was breaking off his engagement with that girl. I felt bad for him but at the same time deep down in my heart, I was happy too.

After this happened, he said, "Will you marry me? Don't worry baby. I will take care of everything. You will not have to face anything. You mean so much to me. I don't want to lose you – ever. I want you to be a part of my life. Both of us will manage everything. Just accept my proposal." I was so so so so so happy and of course, I said, "Yes."

We had spent a total of six and a half years in our relationship. It took us both such a long time to think about ‘us’ now. Earlier it was just ‘you’ and ‘me’.

I went to his place to meet him. We spent a lot of time with each other and we were so happy when we saw each other after such a long time. We had been in a long distance relationship all this while. We spent all our time together and in the evening I boarded my train to Mumbai. He looked really sad when I was boarding the train. He sent me a message that night. He said, “Thank you so much. You made my day so special. I was touched because you travelled such a long distance just to meet me. It was a priceless gift for me and I felt as if I was in a dream. I love you so much.” I sent him a reply which said, “Same here.”

Two months later, Buddy sent me a message. He said, “I am getting engaged with a girl from our village. I am sorry I can’t do anything for you. I am sorry to have hurt you but I really loved you and still do. I will always love you. Please don’t leave me.”

I was heartbroken to read that message. I blocked him without saying a single word. I blocked him from every social media site. Then I got to hear from my family circle that he was getting married to that girl soon. I did not want to hear those words. I wished I was deaf at that time. I cried a lot.

Soon after that, we went to our native place. There he was, as usual, trying to talk to me. But I ignored him.

He then sent me a message which said, "Please come for my wedding." I said, "No." He then requested my family to attend the wedding. My mom said, "Yes, we will come." I said, "I am not going to the wedding. Anyway, I have to go back to Mumbai as my classes are going on." I lied to my mom and dad and returned to Mumbai the next day.

I don’t think he has any idea about what I was going through. He called me but I cut the call.

He posted his pictures on Facebook 2 – 3 days before he got married and he seemed so happy. And here I was feeling so guilty because I had fallen in love with him. I started hating him. I know we will never meet again. But I learnt my lesson well. I will never fall in love again.

Why do we trivialize a concept like love and play with other people’s emotions? Perhaps, we don't realize that we are falling in love. Maybe we are too young or too inexperienced to understand that love is not about ‘just’ having fun all the time. Let's share this story because love may teach us many bitter lessons but the pain often lingers for aeons.