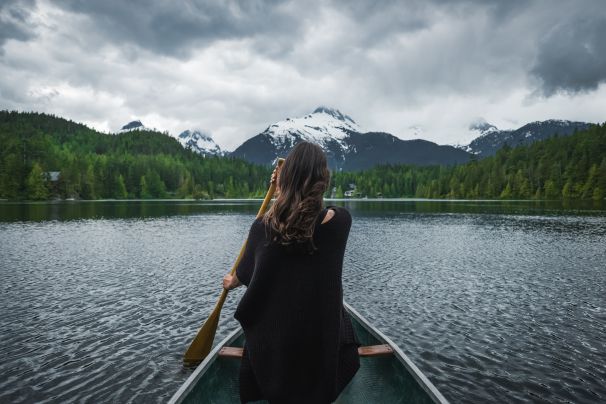 It’s been 7 years now. I haven’t heard from her at all. We met when I wanted her to help me impress another girl that I liked. But something else was in store for us. We both would meet frequently and started developing feelings for each other. Though this was mutual we had not yet realized it.

After a while, I came to know that the other girl was taking things casually and was just using me. I was heartbroken when this happened but she stood by my side. We started meeting frequently and discussed many things with each other.

She was a cute, bubbly kind of a girl with average looks. She was a good cook and always brought something that she had cooked whenever we met.

One day, she asked me if I would like to have breakfast at her place. She used to be alone at home after her parents left for work. Our relationship shaped up during this phase. It was more of a very close friendship and I never wanted it to end.

We were having our breakfast and were joking with each other when she accidentally hit me near my eye.  She felt really bad about it. So she closed her eyes and asked me to slap her. I saw her cute face which had a slightly scared expression on it.

That was the moment when I realized that I had fallen for her. Instead of hitting her I gave her a little kiss on her cheek.

She was shocked and her beautiful eyes stared right at me. I pulled myself back and expected her to slap me but she smiled back at me. There was an awkward silence and I decided to leave her place. I reached home and was thinking about how I had behaved stupidly when all of a sudden my phone rang. It was her. She asked me why I had left so abruptly without saying anything.

I told her that I was sorry for my actions. But she cut me short and said that she had liked what I had done.

That day, we confessed our feelings for each other and that is how it all started. There was an amazing chemistry between us. We met almost every day. Our friends were happy to see us together. We moved on to become intimate with each other.

We sneaked into each other’s house whenever we got an opportunity. We had amazing making out sessions.

She would always tell me how I used to make her go crazy in bed. We loved each other; we lusted for each other and were inseparable. One day, she told me that her parents were keen on sending her abroad for higher studies.

This was quite normal and both of us decided that we would migrate together since we could not live without each other. We decided to tell our parents about it. Since we visited each other’s homes frequently, our parents were familiar with both of us. We discussed our relationship with our respective families. We did face a few initial hiccups.

It took us three months to convince our parents about our relationship but they finally agreed to it.

She had completed her graduation and I had already finished my masters. We decided that we would migrate to Canada and get married after she finished her 2-year course.

Things were moving perfectly in our lives when I got the shocking news that my visa application was rejected.

According to the visa office, I had not been able to convince them about why I wanted to do another master’s degree. I had almost 6 years of work experience so I applied for residency the next time.

But I guess God had other plans for us. Her student visa was issued but mine was rejected again. Both of us were anxious now and the fear of living without each other haunted us.

Our parents were also disheartened and advised us to focus on our individual lives. It was as if they could somehow sense that we would not end up together. But we continued to remain hopeful.

I told her to continue with her plans till I found other ways of joining her in Canada. She was not willing to let go of our relationship but her parents had already spent a lot of money so that she could study abroad.

I started looking out for jobs in Canada. But luck did not favour me.

Soon it was time for her depart. 3 days before her flight, my friends and I were busy helping her organize the stuff that she had to carry with her. All of them could see the sadness on our faces. Two days before she left, I had gone to her place to fix her laptop for her. I was about to leave after bidding her goodbye. I had told her parents that I would visit them again tomorrow to do the last minute packing. She came out to see me off.

She held my hand and requested me to stay back at her place. I told her that it would look very weird because her parents were at home.

She told me to sneak into the first floor of her home where another girl lived as a paying guest. I hesitated but she wouldn’t listen to me and started crying. I agreed to her request and went back home to change.

I told my parents that I was going out with some friends and wouldn’t be back that night. I reached her house again and sneaked into the first floor. The paying guest knew about our relationship. She told me that my girlfriend had told her parents that she had some late night work and would sleep upstairs. She came upstairs after a while. We hugged each other and started crying. The paying guest left us alone and went to another room.

We spent that last night together before she left.

We had the most passionate sex that night. We were not willing to let go of each other and continued to make love for 4 hours before we crashed.

She went away but both of us had decided when we could talk to each other because we would have to keep our time zones in mind now. I had lost all possible hopes of joining her in Canada by now and was getting frustrated. Things started getting ugly between us and we ended up fighting with each other.

I started noticing changes in her behaviour but avoided arguing with her because I knew she had a busy life there.

I told her to come back so that we could get married. I thought that it would become easier for me to join her there if she did this.

But the last nail was put in the coffin of our relationship when she refused to return after completing her course.

She said she wanted to apply for residency and settle down there. This meant another 3- 4 years. We discussed these plans in our respective homes. The idea was immediately dismissed and I became even more frustrated.

So one fine day, we decided to call it quits because it was becoming extremely painful for both of us. I did not want to force her to come back because I knew that she had worked really hard to shape up her career.

My family is pressurizing me to get married because I am already 28. That is the end of a perfect love story. I don't know about her whereabouts now. We both stopped communicating with each other and moved on with our respective lives. All I can say is, "If someone is not meant to be with you, it is better to let go of them."

‘Time’ has its own way of changing lives forever. But ‘time’ is also a great healer. Life has to go on. But love is what makes life worth living. Someday when this young man looks back he will be able to connect the dots and realize the worth of all his experiences. Let’s share this touching story and hope that in time, love finds its way into his life again.