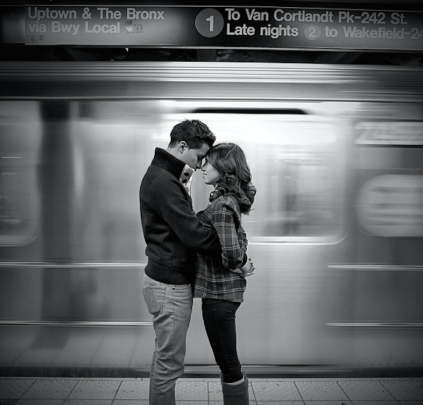 I still remember the first time I saw her in my first year of college. I was at an interview for a team lead position in New Delhi. It was January 3rd, 2013, the day I saw her. She was wearing a purplish long coat and the moment I saw her, I had a feeling that she would be the one for me. We didn’t talk much.

Those were the days of BBMs and thank God for that. Hence, we had exchanged our BBM Pins.

After I gave the interview I tried to find her outside, but could not. Her face was stuck in my head and that evening we happened to connect. I was a 19-year-old then, and she was an 18-year-old. We started talking on BBM after she pinged me to ask how my interview went.

She was all that I had wanted from life and more. We started talking and kept talking without stopping for days.

There was something special between both of us and we both knew that, but I had to give the test of getting an approval from her best friend before I could even think of dating the girl that I had fallen for. So, I did talk to her best friend and we both became friends instantly, since we both too, had a lot in common. So, with her best friend’s permission I finally took out my girl on a not-so-great first date, after picking her up from her college, I took her to my regular bar. I was quite anxious throughout and was making the worst jokes ever. It was like I was driving my small car too fast. However, on March 14th, 2013 I gathered the courage and asked her out on WhatsApp. And guess what? She said yes :’) and I was the happiest person at that time. I remember calling my friends to inform them that this had happened. I had always wanted to date this girl, and once we had started to date, I just did not want to ruin it under any circumstances.

I wanted to make this work since I really liked her. She was and still is perfect. So, we started our journey together.

Looking back in retrospect, I was a very lazy and carefree person. I did not care about how I looked or what I wore or how I could improve myself. She always saw great potential in me. I came from a good background and had all the means to look better, to groom and polish myself, and become smarter. She brought that side out of me. It took a lot of effort from her side, but she always knew I could be better than how I carried myself then, and in the end, she got the best version of myself, out of me. We had an adorable and young relationship, in the beginning where we just held hands and went out to eat food at various places. I wanted to kiss her, but that moment never came. She was my best friend and often when we talked about it, she said that she didn’t feel the physical attraction towards me. Hence, we just held hands and talked to each other, while we were dating for the first one and a half years.

But how long could a relationship survive like that? Well, not long enough. So it felt like we were just friends, with a tag. We decided to take a break in 2014.

It was then that we realized that we were too much into each other, to let go. However, she got attracted to another guy and started to talk about him a lot. She often told me that they were ‘kinda dating’. Seeing this, I decided to take matters into my own hands and get out of her life for good. So, I started dating a girl in college. However, I never liked that girl. It was a rebound and looking back, I still feel guilty about dating someone just to make myself feel better. With time, when we started to part ways, it seemed like we just could not let each other go. She realized that she was more compatible with me and I always knew that I would come back to her whenever she wanted me to.

Hence, we both left our respective partners and came back to each other. We were back together in April 2015, and this time we were more like a couple.

We kissed and slowly started to get intimate. I was so attracted to her, and not just to her looks, but her personality too. The connection I had with her made our bond even more special. We started talking more and getting more invested in each other. We did irritate each other a lot as well and had numerous breaks but we always ended back together. And whenever I was with her, I was the happiest. Sometimes, I tried too hard to make it work and sometimes she got irritated with me for giving it too much and making her my priority, but that’s how it had always been for me. However, the one thing that I was certain about was that no one could love me like she loved me and no one knew me like she did.

I wanted to prove to her that I was working on becoming my best version and that I was worth her love so I started gymming a lot, and applied for colleges in the US.

Read the next part here: The Woman I Built Myself Up For, Left Me Stranded

Share this story if you believe that happy endings in real life, are rare.