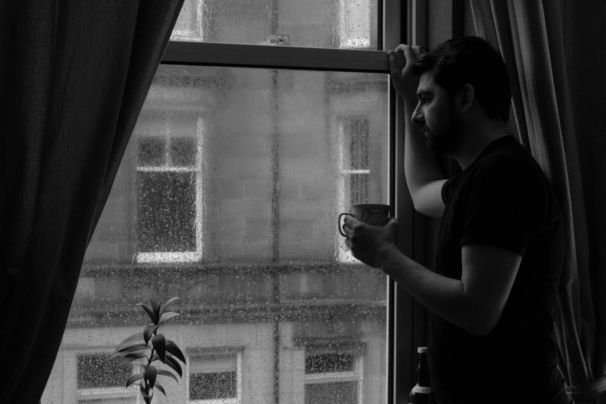 I was a kid, I didn't know what to do, all I knew was that I was attracted to that girl. She was a year older to me and the most important part of the story is that she was my best friend's elder sister.

I used to visit my friend regularly just to see her face. We eventually became friends and started talking, we used to go to the school together and come back together. I thought that she started liking me, poor me.

The next Valentine’s day, I proposed to her and that changed my life, she embarrassed me, she called me cheap, she called me a desperate son-of-a-b**ch.

The friendship between my friend and me ended, he kicked my a**, I kicked his. After that, I became a no-nonsense sociopath, I stopped talking to anyone, I lost all of my friends, I was all alone for at least a year.

When my teachers and classmates saw me in this condition, they thought that I was going insane and I needed help. I was actually going insane back then, I was in class 10, and I was a changed person. My board exams were coming up but I didn’t care about that.

My parents sent me to a coaching class and she was also there with her brother. I wasn’t interested in the class, I didn't care about anything, but one day I saw her crying when I went out of my coaching class, she was telling her brother that a guy had been harassing her for a few months now. I couldn't see her cry.

The next day I found that guy and kicked his a**, I beat him badly, I was just crazy. After a few days, the same guy came with around 10 guys to my class, dragged me out and beat me, I was literally handed my a**.

The next thing I remember is that I was in the hospital with a broken arm. My parents thought that it was over for me and I am done with my studies. When I was recovering, my best friend visited me, I hadn’t talked to him in a year.

We cried and he said sorry for what he did. Somehow I passed my 10th and went to 11th with science stream. Meanwhile, I came to know that she failed her 11th exam. She was the topper of our school in 10th, how could she fail? That was my question, but I didn't have the guts to talk to her again. I was intimidated by her, but I was curious.

Eventually, she came and talked to me, "Why are you acting so weird?"  was her question. I told her this is who I was. She started crying, I didn't know what was happening.

I came to know that she was suffering from depression, the next day I talked to her and asked her about that. She said that for the last one year, she was mentally and physically harassed and when she came to know that I broke my arm for that, it hurt her and she was deeply affected by it. I cried with her, and that conversation ended in a kiss.

That was the best day of my life, she became my girlfriend and we never looked back. Right now we are in a long distance relationship, where I am in Delhi and she is in Kolkata, she is in the last year of her hotel management course and I am working on my script to make my first short film. We are very different from each other, but what matters to us is that we know each other very well.

I have no plans of marrying anyone anytime soon, but I can't imagine my life without her. Our parents know about our relationship and they are happy. My mom loves her and her dad loves me, I think that's enough in a relationship.

Share this story because these lovers' conduct is an example for all of us.