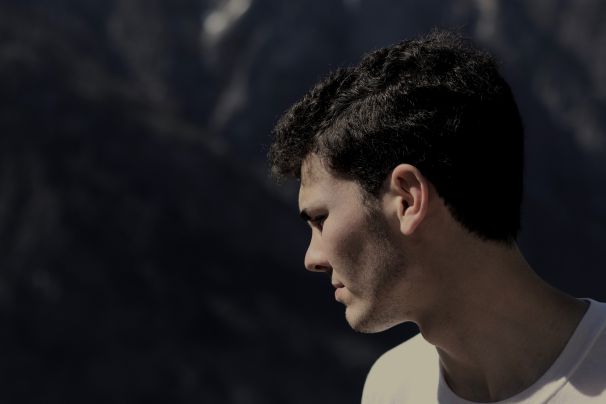 We know each other very well. We have been friends for almost three and a half years now. I was in a relationship when I first met her. I had a couple of other relationships after that too. Thanks to all the beautiful ladies who dumped me, I realized that it was actually my fault. I was not too serious about my past relationships. But we started as friends. We talked every day and it was going great. We both enjoyed each other's company.

I realized why I was not serious about any of my relationships after talking with her. I was not in love with any of the other girls. She was the one for me. She is the one for me. I started falling for her. Every day. Every second.

We belong to different religions. She is a Muslim and I am a Hindu. So I decided to control myself. I couldn’t. I stopped talking to her but it did not help. Love is something that is totally out of our control. Days passed, months passed and we kept talking with each other.

I hated it if any other boy talked with her or tried to catch her attention. One day, I saw a boy flirting with her by commenting on Instagram. It was damn difficult to control myself from going to him.

I had known her for almost 2 years now. So, I finally decided to tell her everything. I told her how I had fallen for her and how she always made me happy. I told her that her smile was the most beautiful thing that I had ever seen.

I told her that she was the one for me. She did not say anything. She just said, “Good night.” And left.

The next morning, I got a text from her. I was feeling excited and scared at the same time. But it was just a "Hi." After that, I did not ask her about what she thought of me and she too did not raise the topic in our conversations.

We started talking less frequently now. Sometimes we talked once in a week. At other times it was once in a couple of weeks.

Months turned into years and I decided to tell her how I felt about her once more. This time too she did not say a word.

It was her birthday. I was as excited as hell. I wished her. But she did not even thank me for wishing her. That night she uploaded some pictures of her birthday party. I kept looking at them. They were so beautiful. She was so beautiful. But a boy had commented on her picture. It was a romantic message. I don’t remember the exact words, but it was something about love. She had thanked the boy.

I was in tears. I did not say anything. I was happy for her. After two days she said she was sorry. She said she had been busy so she had been unable to reply. I said it was okay.

After a few months, I started flirting with a girl. It was the first time in two and a half years that I was flirting with someone else.

It turned out that the girl was her friend. I don’t know how she found out about this, but she texted me and said, “I have to tell you something.” She said, “I LOVE YOU TOO.” I was the happiest person alive that day. I was very happy.

But after a few days, I realized that she was not really in love with me. She was just a jealous person who wanted all the attention that she could get.

We are still together and I still love her. I really mean it.

But you know- it hurts to know that the person you love the most is going to leave you and that they don’t really love you back.

I am at that point right now where I am ready to even talk to our parents about us. She says that she loves me, but I know she doesn’t. If I don’t text her for a week, she will not even ask me whether I am alive or dead. She is so busy with her life and with the other boys. You know it hurts. It really does. I love her. No matter what happens, I will still love her.

I just wish she knew that it was not just another relationship for me. She means everything to me.

Love is euphoric and makes the world a special beautiful space to live in. But when it is not reciprocated it hurts. And all of us are able to sense this intuitively. Let’s share this vulnerable young lad’s story and hope he is able to come to terms with his pain. Love is just exposing him to its myriad facets. Someday he will surely realize that it was all worth it.