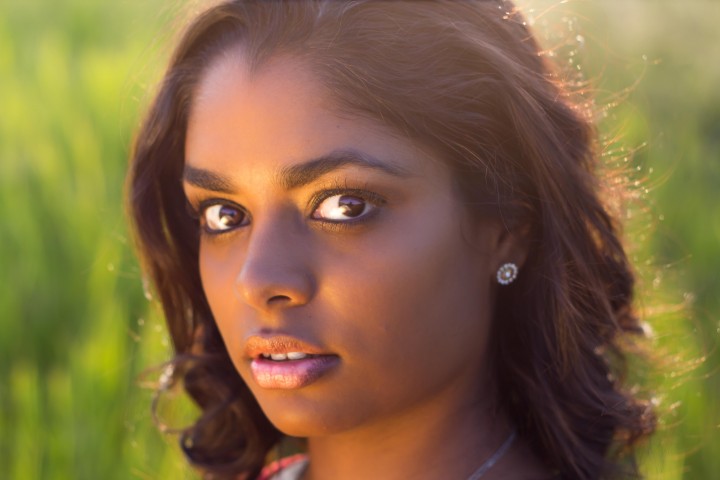 This is about two persons from two different states, different religion, different community and different polarity. But in the end, it's "o.u.r story".

One is typical north Indian guy Nikhil and other is south Indian girl Radha. Last year I got transferred to Bangalore and it had taken 2 months to settle and I joined a gym but I had never thought that this decision will change my whole life. After 2-3 days there, I saw a girl (frankly speaking, she was not the most beautiful girl I had seen in my life but she was fascinating). She was tall, fair, had a toned body with the most perfect blemishes on her skin.

Days passed and I started looking for her and she also noticed me finally. One day she was passing by and she asked me randomly, "Did you say something to me?" A said - "No, but by the way, what’s your name?" She replied, "Radha."

Things started with hi-byes to really long conversation. Our conversation rapidly shifted from gym to Instagram. We were chatting like freaks. Days passed and we shifted from Insta to WhatsApp, to phone calls. During this time, she took many litmus tests. Like, she'd day, "I am married with a child and my husband left me." My only answer was always, "It's okay, I will take care of you." Because for me, she was my family and I had to protect her from the society no matter what.

I wanted to spend the rest of my life with her. I was in love with her from the rock bottom of my heart. On Christmas eve, I asked her for a date but she denied and told me that she is going to church.

On that day, I got to know that she was Christian (a converted one), it was something that I could have never guessed since her name was Radha (typical Hindu name). I still didn't have any problem with that because I loved her, not her religion or community.

After chatting for a month, we went on our first date and it went super. From that day onwards, we started exchanging love messages. Days went awesome, we were enjoying the best days of our life - from morning text to late night chatting and phone calls. we had everything what we call love and what we wanted. In every story there is a villain but, in my story, there were lots of them - gym trainer to gym members.

No body at gym has any idea that what was going on between us but they were jealous about how a north Indian guy ended up with a South Indian girl.

Some so-called moral officers of her society started lecturing her about her family's respect in the community and lots of things. Due to the things she was told daily, things between us started to get rough and they turned into arguments. We started to fight more than talk.

Despite all this we met for a date to resolve problems but things started to get worse from that day and on Feb 1st, we had a massive fight for the first time and jumped to the conclusion that we must stop seeing each other from but we will remain as friends.

As a modern independent girl, she should had taken her stand but she didn't. I was hurt, broken from inside, scattered from top to bottom. I was in never ending pain. I went for an official tour for 10 days and when I returned, I went to the gym and saw her sad. I could sense that something was wrong so I texted her - *What happened? Why are you sad?* She said - *You are asking me as if you don't know what happened.* Me - *I really don't know anything.* She exploded after that - "You had told everyone in the gym that we are in a relationship and lot of bad things about me. I tried to convince her that those accusations are all wrong but she just wouldn't trust me. I tried several times to convince her but she didn't and that broke the last string.

So, I decided to let her go and we stopped talking in the gym also. But my love for her stayed the same as it was on our first date or much more. The atmosphere became intolerable at the gym for me so I quit.

Life seemed hopeless after that. I was drowning in depression, the whole day the thought was haunting me - why she left me. Did she ever love me? If she loved me, then why didn’t she believe me? I created my own miseries and was suffering from them. The pain didn't end here.

Someone was waiting for me to give insufferable agony for a lifetime. After 2- 3 months of that incident, I met her best friend Sangeetha (we had met earlier also) near my house. She couldn't even recognise me properly because of my condition and asked me, "You are Nikhil na?" I nodded. She said, "What happened to you man? You look miserable." After what she said, I broke down and started to cry and told her everything. But to my surprise, she was not shocked. It looked like, she already knew everything and it was correct - she knew everything. What she told me traumatised me more.

Sangeetha said, "I know every bit of what happened between you and Radha. She didn't leave you because you are a bad guy. She left you because she loved you. Everything happened because of her family and the society. Did you know that she doesn’t have parents? She lives with her brothers. And more than everything, you are a Hindu from North India. Even your language and culture don't match. Their community and brothers will never allow your relationship and she couldn't have gone against her family as nobody will support her. She was in unfathomable love with you. That’s why she decided to part ways and not to hurt you anymore. She had fallen for you and she also knows that if things will continue, she will not able to live without you. She has already had a bad relationship experience earlier because of her family. It would be better if you move on with this information and live your life."

But Sangeetha didn’t know Radha was my life. I don't know what Radha was thinking but if she would have talked to me, I think I could have sorted things out for her. What if she had taken a little step closer to fight the society? She could have been the happiest woman on earth for the rest of her life.

I can't imagine a life without her. I don't know how to  or do I even want to move on? I DON’T KNOW.

Here's The Story Of My Lost Love Adventure

We Do Street Plays To Create Awareness: This Is Our Story

Priyanka Chopra Is Getting trolled For All The Wrong Reasons

I Started Up When Covid19 Was At Its Peak