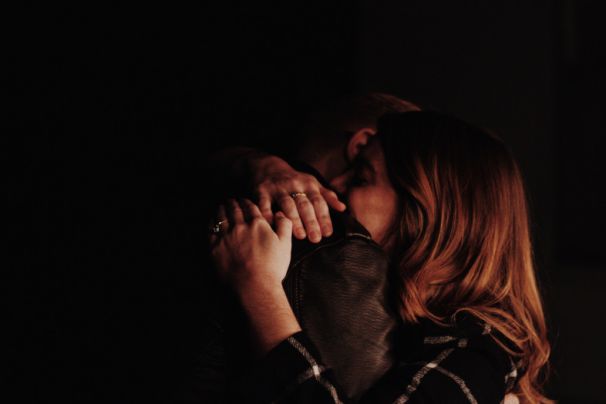 It was not the first time I saw a girl and dreamt to get cozy with her, as I got cozy with many girls (though not proper sex) but this girl was a bit different. It was just casual eye contact and I wished to get close to her by hook or by crook. We were doing an internship in a bank hence there was mostly young crowd in our batch. Bank manager had divided all members of our group into 4 different groups to cover different areas for various deposit schemes and it was a mere coincidence that her and I, along with a senior was part of one team.

Being one team got us closer and we started to talk about all topics except work. With discussions, we got to know each other much better than we thought. It was in one of the discussions, she said that she was also admiring me from the first day and wanted to be friends, but as girls do not initiate the talk she waited for me to take the charge. I understood that this was the signal that I should take the charge and she will agree to whatever I plan, so my wicked brain started to plan. As 15th August is a government holiday, I decided to catch her that day and started to discuss with her about her plan, and she denied as she thought it was too early to get close.

But I would not give up so easily. I started to manipulate her and made her agree for just a movie and lunch, to which she agreed.

As planned I had to pick her from near her building, and due to excitement, I reached at least half an hour early. I had to wait in the car for her but my wait paid off in bonus when she came, she wore a white formal shirt tucked in her blue jeans. It was the most perfect figure I had ever seen. I forgot about the movie and lunch and wanted to take her directly to my room and tear off her shirt, but I had to control and gave a smile to her.

She wished me Happy Independence day and that hand shake at the moment when I had already undressed her in my thoughts had fuelled the heat more.

We reached the theatre and the movie had just started. I had hardly any interest in the movie but I had to wait till the food gets cooked, I behaved normally and decently with her to show her how good a person I am. Finally, the movie ended and I had to take her out for lunch. Being Bengali, her love for food was quite obvious and I had to feed her to get my Prasad. After lunch, I asked her what the plan, to which she said, “ab bas mast sona hay”. I asked her if she won't mind coming to my place so that I can carry some documents and then drop her at her place. She agreed to it, which I expected. I started praising her and said I had never been with a more gorgeous girl in my life. She started blushing and smiling. We reached our place and I offered her tea or coffee, which she said she will prepare and I showed her the way to the kitchen and told her till then I will go to the washroom and freshen up.

A few minutes later, she came into the bedroom with some juice and I enjoyed it, and we started to chitchat in the bedroom only.

Now, this was a perfect time and I went close to her and started playing with her hair. I don't know what happened to her and she showed positive signs and I went on and on. We had kissed each other more passionately than anything and she showed me how wild she can be on the bed. After that, we never stopped till the climax. She just laid on my chest and I went to sleep. After that, every day, every weekend, we just made love. Sometimes my place and sometimes hers. It was fun with each other until we got married and are happy in our life. We still miss the time spent during our banking days. I wish to meet her again in the same white formal shirt tucked in her jeans.