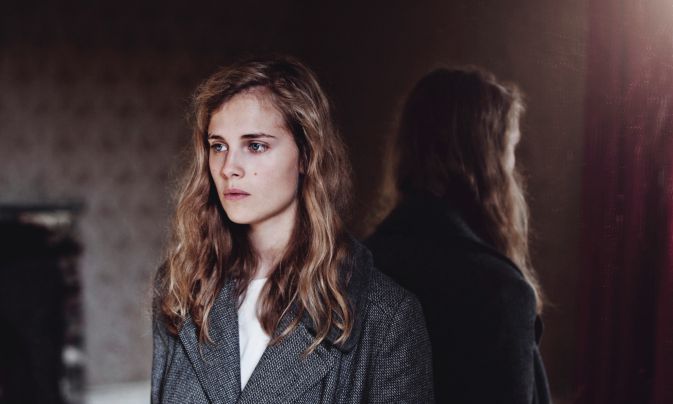 I joined the gym when my friends kept telling me that I would look “sexy” if I lost some weight. I joined a local gym, near my house. In the beginning, I didn’t notice him, but after a few days, I began noticing him, laughing, talking to his friends, lifting weights.

Coincidentally, he popped up on Facebook via a common friend that we had, and so I sent him a friend request and then a message.

We began talking online, a lot actually… and he never once mentioned that he had a girlfriend.

Thankfully, I found out on my own and fought with him about this. I told him never to contact me again but somehow, he convinced me that he’s with her only because she’s obsessed with him and he has no way to get out of her clutches.

I believed him and felt bad for him too. He was her puppet and was scared she’d do something to herself if he strongly told her to stay away from him.

Once more, we began talking to each other on Facebook only. When I asked him why he couldn’t switch to his phone, he told me that his girlfriend was always around and would check his phone from time to time.

Slowly, we began hanging out with each other after gym and would spend hours talking then.

His girlfriend found out about us and she made my life hell. She found out where I lived and went straight to my family, telling them that I was trying to ruin her life by stealing the man she loved.

I was shocked and promised my family, and her, that I would stay away from him.

But neither of us could deny the connection that we had, with each other.

One day, I got a text from an unknown number, apologizing for her behaviour and what happened with my family. He asked me if we could still be friends.

I thought about this… one part of me didn’t want to risk any more humiliation in front of my family, but the other couldn’t justify staying away from him. And so we started talking again, and slowly meeting again.

On the night of my birthday, we both were quite drunk, and we ended up confessing our feelings for the other. I still remember how we hugged, it was the perfect way to end my birthday night.

For my internship, I shifted to Delhi and he came to stay with me for five days. It was wonderful. We fell for each other like we never knew what love was before meeting each other.

When I came back to college, he told me he’s left his girlfriend, and while it was a tough thing for him to do, he knew that it was the right thing to do, for them and for us.

The next time I came to Delhi, he stayed with me for over a month and it was heaven. Everything was just right: I knew this is how the two of us were meant to be.

During this time, my brother was going to get married. I told him to come along so that he could meet my parents and they could meet him too.

Finally, it was the last day of my internship and when I went back from my brother’s wedding to collect my things, I saw that he was there packing his things too.

He held me tight and told me that he wanted to marry me and that he wants me to speak to my family and ask them to wait for a couple of years, for him to be eligible to marry me.

All I could do was hug him back and tell him that I loved him and would speak to them and convince them to wait.

A month later, things began to change. He started avoiding me, my phone calls and text messages too. Our fights began increasing along with this and later when I asked him why he was doing this, he told me that he was simply trying to push himself away from me; because he wanted to go abroad, to study and had decided to leave in two months.

He didn’t know how to handle a long distance with me, but finally, after much perusal, I decided to give him what he wanted and in September, we broke up.

But none of this can help now.

I have just one message for all those who have ever been in love; fight for it. As much as you can.

Share this story, to remind people that not all love stories come with a happy ending, sadly.