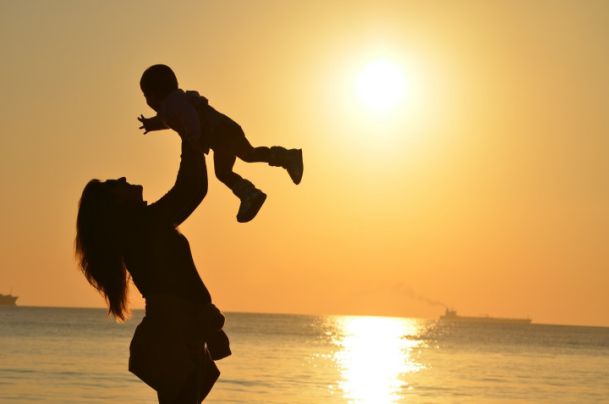 It is believed that the maternal instinct is deep-rooted in every woman. In every culture, a mother is placed on a pedestal and she is depicted to be the epitome of love and sacrifice. In such an environment, when Sangeeta says she is a “non-maternal mother”, it is startling.

Sangeeta is a ‘book’ in the Human Library at Lokhandwala.

The Human Library initiative first started in Denmark and now it is catching up across the world. It is a concept library where the ‘books’ are living people narrating their stories. “When I was young, I didn't like kids at all, nor felt comfortable when kids were around me, especially the kids who misbehaved and cried a lot. So, people would ask me how will I manage when I have my own kids, and I would tell them that I don’t want to have a baby. At the age of 25, she got married to an army man. After marriage, her husband got posted in Ladakh. Both of them were very excited to go Ladakh. They were both busy enjoying marital bliss, and when at that time she missed a couple of periods, she didn’t pay attention and didn’t realize what it could most likely be.

They visited a doctor and the doctor assured them that there was nothing to worry about, she was merely pregnant.

She was worried because being pregnant meant that she could not go to Ladakh. She was firm that she had to care for herself, more. Then she finally said to the doctor, “I don’t want to have a baby now and my husband also agrees with me.” They aborted the baby. After this, they happily went to Ladakh. After two years, she got pregnant again but this time they both decided to have the baby, and now one of their family members was also expecting good news. The Army field area didn't have a Gynecologist, so they went to the civilian doctor to talk about her meagre cravings and such. Her craving was for beer to which the doctor allowed her to consume it occasionally, but not all the time. During her delivery, a complication occurred, and the doctor had to for a cesarean. The baby came out fine. She gave birth to a boy. All the family members were playing with the baby and she didn’t even bother with what all was happening.

She did everything that was needed to be done for him, but she didn’t have any strong maternal feelings.

They had a separate bed for themselves and a separate one for the baby. When he would fall during his first steps, she didn’t pick him up. Her morning started with the daily routine to feed him, then the Army guard would take him to the park for playing and riding his cycle. She never felt that she was alone or was missing him when he was away.

Her husband got posted to some other country, so she came to Mumbai with Raghav (her child).

When Raghav turned 11, his father totally disappeared for two years. At that time, she felt the bond grow between her and Raghav. Her husband didn’t call or come to meet them, he totally vanished for them. Then she decided to divorce him. They got divorced, and she didn’t want to involve Raghav in all this. The man was completely gone from their life and Raghav did not know where his father was. Raghav was not a very needy child, he understood everything that happened.

After all this, he told her that he wants to go to boarding school and she didn't have a problem with it at all.

When she was dropping him at boarding school, she hugged him. While driving back, she didn’t know what happened to her, but tears started falling from her eyes furiously, and they seemed to be unstoppable. Then, two to three days later, she got busy with her work and the same went for him. He would visit home during the holidays to meet her and spend some quality time with her. So, 9 years later, after completing his schooling and college, he completed his hotel management degree and got an internship in Mumbai for one year. However, she was hesitant to stay with him for a whole year, after such a long time gap. But nothing big happened, they both adjusted themselves to each other again. She would never disturb him and vice versa.

They were just busy with their own thing and respected each other’s space.

“Over a period of time, we developed our relationship and we both became good friends.” She recounted. The relation between him and her was not like a mother and son but in fact that of good friends.

After all this time, she confessed to him, “I was not a good mother.” To which he replied that he never felt so, “You were not a good mother, rather you were a better friend than a mother.”

Today Raghav is 24 years old, and now she does all the sappy stuff for him, i.e. calling him things like, “my baby, mera bacha”. Now she cannot stay without Raghav, he is extremely important for her. She cannot imagine her life without him. Raghav is currently working in Taj hotel. Both are happy and contented now.

Share this story because it is a beautiful one.