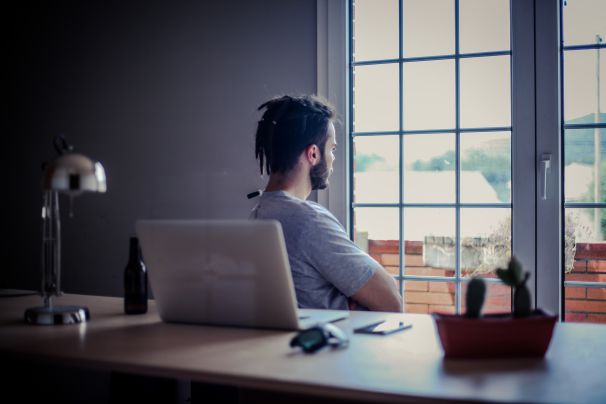 I don't know whether I should type her name here. Let's just call her Twinkle. It is an apt name for her because it describes her innocence, cuteness and sweetness. I am a 27-year-old bachelor. I am enjoying my life as a bachelor. But there were days when I enjoyed my life with one of the most beautiful angels too. I had come to Delhi when I was 20 years old. I wanted to pursue my career here and I got a satisfactory job in Noida.

I was a very caring guy at that time and I took care of everyone.

As soon as I got a confirmed position in my office, I got a lot of recognition for my work. After a few days, we hired a fresh batch of people and I was officially appointed to take care of their queries and help them out with all the process related tasks.

It was at this time that I met this innocent angel. She was such a sweetheart. She looked so innocent and had a very cute smile.

I have met ‘n’ number of girls but I fell in love with her at first sight. But I was her senior. So I had to ensure that my personal life did not affect my professional life in any way. But over a period of time, we became very good friends. We went out together to have our lunch and sometimes even went out for dinner.

I would always feel refreshed after giving her all my attention. I could never forget the way she smiled. Her smile was worth everything that I had in my life.

We progressed from being very good friends to becoming best friends. We were now in a committed relationship. We both realized the actual meaning of ‘love’ now. Everything was going on perfectly.

We shared our bed and our blanket. We had pillow fights. We shared our stuff and called each other late at night. We chatted continuously. Sometimes we spent our entire night talking about sweet and dirty things. It was almost filmy.

Sometimes I would get so attracted by her innocence that I would forget that she was saying something with her beautiful voice. But I will never forget that horrible night.

We were talking to each other in the night and she confessed that she was already in a relationship with another guy called Amar.

All my dreams collapsed. My heart was crying and tears rolled down through my cheeks. After some time, she asked me not to worry about it. She said that we would continue to remain committed.

But I could not handle that confession. I now became a selfish guy who just thought about himself. If she did not have any problems being with me, why should I care so much about Amar?

Days turned into months and we continued to talk. We still felt the same way about each other and things were as they had been earlier. She then introduced Amar to me as a friend.

And one fine day, I just decided to chat with him for some time. We spoke to each other cordially and conversed normally about Twinkle. It was at this time that he told me that she was already engaged to Amar. He even showed me the engagement ring.

I wondered if I had been cruel. I wondered why I had continued with my relationship even after knowing about him.

Then I could not help thinking about what she had done. How could she do this to Amar? I was devoid of emotions now. I felt soooo lost. I couldn’t control myself and attempted suicide. But it was a wasted effort.

I had been there for her at all times – emotionally, financially, morally and physically. I had not disclosed the fact that I had met and chatted with Amar to her. So I had to maintain a normal façade in front of her. She still talked to me but after a few days, she said that she was in love with Amar.

I was soooo lost at that time. I did not know what to do or how to go about solving this issue. I couldn’t express myself to anyone. I went so blank that I could not handle this situation. I was depressed for almost 7-8 months. I used to see her in the office. And she acted as if there had never been any kind of a dispute between us. She talked to me very normally.

I quit my job and started looking out for another job because I was so depressed. She still wanted me to stay with her.

That was the most traumatic situation of all. On one hand I knew she loved someone else and on the other hand, she wanted me to stay with her. Life looked like a puzzle to me now.

She was innocent, cute, had a great smile and the right attitude towards life but she had also confessed about Amar to me. Finally, I quit my job because I wanted to focus on improving my life. But my heart was still throbbing with love for her.

I changed my number after getting a new job. I kept myself busy in order to avoid thinking about her. I would roam around aimlessly just to get some peace of mind. I was sooo lost that often I would sit in the park in the dark night.

I would cry out loud and hope that someone would at least listen to me. I would hide my tears in my blanket and in my pillow.

I would hammer myself in the night so that no one could see me. I cried for her and it was as if my heart had been torn apart from my body.

I recollected the days when we used to spend quality time together in the park. Now it was just a space. We would fight with each other using a pillow. Now I was fighting with myself. There were days when we slept on each other’s laps and supported our heads of each other’s shoulders. But now there was only one pair of shoulders in the room. We would go out to restaurants. She would take selfies and I would feel so happy that I had made her smile. Now when I was in a restaurant there was no one with me. There was no happiness in my life. Our relationship lasted for almost 4 years.

I ran out of tears. The pillow was too wet to be dried in the sun. I had lost count of the number of sleepless nights that I had spent. After facing all the odds and battling with depression, I decided to take charge of my life again.

I went ahead and enrolled myself in a foreign language course. I studied German from Max Müller Bhavan. I invested my time fruitfully and kept myself busy. Time is the best healer for any kind of sorrow. I quit my job again and set up my own business. I deal with German clients now. I left Noida the day she left me. I now stay in Gurgaon and am a proud owner of my business.

I slept with so many girls after that breakup. But whenever I see these girls, I know that I am trying to find Twinkle in them. I know she is unique – one of a kind. I never felt the same kind of love that I had for Twinkle again.

It is said that ‘Time and money make you feel rich but only love makes you feel worthy.'

I still have all the pictures that we clicked together. I have all the stuff that we shared. I still remember the funny moments that I shared with her. All her innocent smiles are stored in my iCloud storage. I would always open it whenever I was alone or missed her a lot. I laughed at her funny ways. I still love her the way I used to earlier.

But now, I have turned into a guy who doesn’t care about anyone anymore.

I have lots of friends who belong to both genders. They are engaged or in love and when they show me their pictures, I only smile quietly. I tell myself that I too have several similar pictures but they are all in my iCloud storage now.

I haven’t told anyone about my love story because I don’t want anyone to say – “She used me or she ditched me.” I am OK with whatever happened to me. I don’t want to abuse our relationship.

We had our last conversation about 3 years back. I went through her Facebook profile a few days back.  I am not on her friend list. But I got to know that she just married another guy. He was not Amar.

We let one bitter ending erase all the pleasant memories that we shared for years. Yes, it hurts. But if we truly love a person, we will not tarnish our love with bitterness. We will simply let go and set them free with a serene smile. Yes, despite the pain that they are inflicting on us. Do share this heart-wrenching story because it is really rare to find such beautiful decent gentlemen.