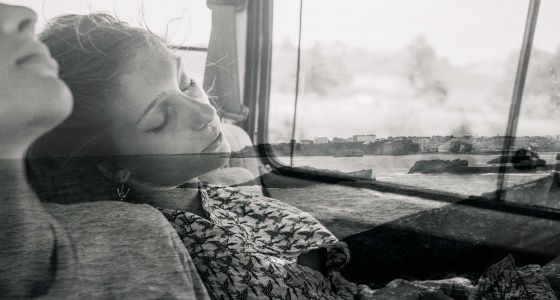 Having completed my class 12 in Dubai, I'd returned to my hometown, Mangalore, to finish my graduation. There, I fell in love with a girl.

She had a ‘do not mess with me’ look in her eyes and our friends teased her saying that she had a 'death stare'! She was a reserved, simple girl with not much sense of style.

As the months passed by, we started talking and ultimately fell for each other. We were in a relationship but it was a bit risky back in Mangalore- me being a Muslim and she, a Hindu, it could have created an ugly communal scene if the extremists found out about us.

However, we still wanted to be together against all odds.

It was beautiful. Some people were aware of our relationship and we did feel threatened but that did not stop us, thanks to our friends, who helped us through the bad times. By the time we completed our graduation, we’d been in a relationship for 2 and a half years.

I then decided to go back to Dubai to look for a job while she went to Bangalore to pursue CA. The three months in Dubai were very hard for both of us as we missed each other. I missed her hugs, missed that sweet fragrance of her hair, missed our long drives; I missed everything!

But she never asked me to return to India, until one day, when she cried over the phone asking me to come back.

Against all odds, and arguments with my parents and a very good job offer in hand, I went back to India.

I got a decent job for myself in Bangalore. The first few months were fine. But things soon started getting messy. I was a slightly old-fashioned, overprotective boyfriend while she had changed from a reserved simple girl to an outgoing modern girl.

I tried changing myself to match her level, but I was slow at it.

All I knew was to unconditionally love her. My day would start and end with her and any free time that I had in between the day was also dedicated to either talking to her or meeting her.

But as they say, too much of anything is bad and that’s what happened!

After almost 4 years of being together, after going through thick and thin, she broke up with me saying that she didn’t love me anymore. There I was, trying to change my thinking, my way of living and making myself modern for her. But it was too late!

I tried getting back with her until I found out that she had hooked up with a guy on Tinder barely 3 weeks after we broke up. It was hard for me. I cried, went into depression, took counselling, fell ill and what not! Nothing helped me, not even antidepressants.

I even tried a rebound relationship, which ended up badly too.

I saw a ray of hope when I found out that she’d broken up, so much so that the Tinder guy broke her completely and left her, after having slept with her of course.

It was really painful to see her like that. However, by the time I could even think of getting back with her, she made her intentions clear by hooking up with another guy from her office.

It kills me and makes me jealous to see her post pictures with him and embrace all the small things he does for her (I know I did a lot more but it was never appreciated as much). She’s been with him for more than a year now.

It’s been almost two and a half years since we broke up. I still love her as much as I did the first time I saw her walk into the class with that ‘death stare’.

Sadly, we have the same friend circle and I know that she doesn’t care about me anymore.

But even as I try to move on in life and find a right partner for myself, nobody gives my heart the kind of calmness like she did, nobody has ever put a smile on my face with their voice, nobody can give me goosebumps with just a single touch.

Deep in my heart, I pray that she is happy but at the same time I wish that we end up together for a lifetime.

But the fact of life is that you don’t always get what you desire! She’s my one-of-a-kind girl, the irreplaceable one!

I wish I could be with her, but it looks like it’s never going to happen.

I’ve prepared myself to live with the sweet memories of every moment I spent with her, every picture of hers, every little thing she did for me as my girlfriend and a best friend!

There is always going to be a part of my mind and heart that will never let go of our memories together, no matter what the future has in store for me.