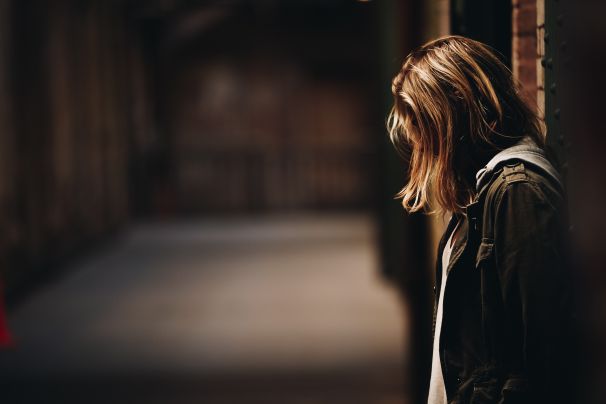 7 years had passed and there he was again.

“Sorry” was his message that popped on my screen. It took just this one message to send me back to seven years ago, to when I had a crush on him. He found out from somewhere about this. At the time, he had a girlfriend and it didn’t mean much to me because it was just a stupid crush.

One day, he texted me saying, “I love you.” I didn’t reply and found out from his friends that he had just broken up with his girlfriend. I ignored his message, but a few days later, I texted him and asked him if he had meant it.

Instantly, he said no. He said he was under pressure from his friends to tell me that and that’s why he had texted me.

I felt horrible. As time went on, I realized that I couldn’t forget him. Although we never spoke much, I found myself worrying about him. Soon, years passed and I was too busy distracting myself with work and my studies. All seemed to be going well, until this message popped up on my screen, “Sorry.”

A shiver passed through my body and with trembling hands, I replied, “How are you?” and our chat continued.

He asked me if I was married and I said no. I asked him the same, and he told me that he couldn’t get married because of some health issues that he had. Hearing all of this made me cry and I realized that I still loved him. I asked him if I could be a part of his life and he said yes.

After a few days, I found out that he couldn’t forget his girlfriend and that she was the one that broke it all off between them. I was shocked when he told me all of this and asked him to leave me, immediately. The whole day I cried and it was only later in the evening when he called me and told me that he couldn’t live without me. He wanted me to accept him again and saying “yes” was the biggest mistake I made in my life.

Days went by and one night, while we were talking to each other the call ended. I thought he fell asleep so I didn’t call him back, but an hour later, he told me that he cut my call because his ex was calling and asking him to return something of hers. I couldn’t say no to him and told him that it would be fine to meet her.

But that wasn’t the end.

One day, he told me that he wanted to be with both me and her; he couldn’t choose between us and was caught loving both of us. We fought a lot that night and I told him that I wasn’t going to just be an option in his life anymore. But unfortunately, I already was.
Many times I gave him this ultimatum, but only to find out that he hadn’t stopped talking to her.

I was emotionally weak and one day, someone close to me passed away, this was the nail on my head. I needed him to be there for me, but he was only when it was convenient for him. I felt relaxed only when I spoke to him.

One day, I decided that I had had enough. I was done being a random option for him. I called his girlfriend and told her everything about me. I told her everything, about how he told me he had broken up with her and he was now using me… everything. What she said, shocked me beyond anything.

She told me that they never broke up and that he had heard about me from him; I was a mentally unstable girl who needed him else I kept threatening to kill myself.

I couldn’t breathe. I couldn’t think. I did everything in my capacity to stop myself from calling him and giving him a piece of my mind.

I gave him all my love, but what did he do in return? He used me as a toy.

Share this story, because it's tough to walk away from someone you love and to have to do it twice, is heart-breaking.