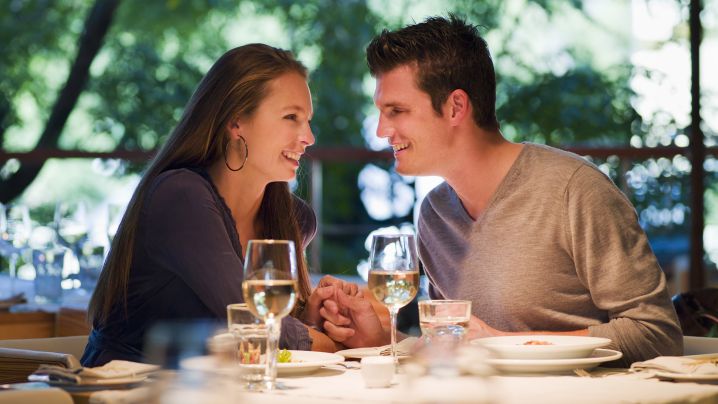 We all have had come across the posts on social media, especially on Facebook where people reveal about their anniversaries many times. Yes, “revealing” would go here.

I usually get a smile seeing those couples enjoying their weekly, monthly, and quarterly anniversaries. They post pictures, add statuses with lovey-dovey hashtags and it always enchanted me to know what it really felt like to show and write such mushy words.

Okay, so people are so much in love! It's great, right? They celebrate, dress nicely, go out on a date, gift each other, and post all about it.

Recently, I had my first month anniversary and I had a lovely day.

Since it was Saturday, we got up late like on every other weekend. But this day was different. I had a cup of tea in my bed which was made by him. Followed by chole in the lunch which was again cooked by him and we played UNO all through the afternoon.

We passed our time lazing around - long talks, repeat session of tea and snacks in the evening, and dozed off watching a movie in the night.

We planned for a dinner out. But chole and the 'us' time at home seemed over the top treat. For me, it was the definition of perfect first month anniversary. And I have reasons for it too. Firstly, I wasn't expecting the morning tea in bed from him. It was a lovely gesture. Secondly, chole chawal was mouth-watering. And lastly, we talked and argued just like any other day. However, every time, it was different. Every time we argued, we would end our sentence with a teasing line – “Today is our first month anniversary and we are still arguing.” And it would land us on endless giggles.

We thought of going out but we figured that on a weekend, it would take a lot of jostling to get to our favourite dining place and then more jostling to return back.

Amidst all this, I didn't want to lose even a single minute of our talk and laughter that day.

At the end of the day, I opened my Facebook account to post about my first month 'Anniversary', and I had all the wonderful words and hashtags to write. I was about to post when I heard his loud call from the balcony. I jumped from my place and rushed.

As I reached the door of the balcony, he was standing on the grill side facing towards me.

I reached to him and was about to ask what happened. That’s when he turned and said, “See up in the sky.” The moon was sparkling bright. And my thoughts ran to the time when I just couldn't stand seeing moon every night and my husband was never so much into watching the moon.

We talked about stars for a while and how nowadays we see them so less, due to pollutants in the air and deforestation. Later in the bed, I closed the Facebook page on my cell where I was about to type and turned towards my sleepy husband to whisper all the words and hashtags to him.

Now isn’t that the cutest love story ever? Share this story, because we need more such love in the world.

Your Stories
BAKKAR. CHAI. SUTTA
LIFE IS TOUGH
LIFE IN THE TIMES OF CORONA
POEM
YOURS GEEKLY