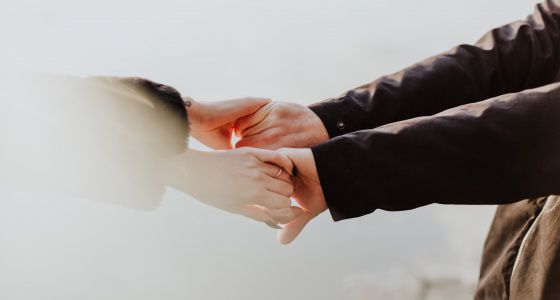 I was going to meet a guy after almost nine years.

I had never seen him all these years, but believe me, he was extremely cool and dashing. He was younger than me but way ahead in life in terms of his achievements. He resides in the US. I think that NRIs are just so handsome since one can distinguish them even from a place packed with people.

We had a communication gap, and he ended up at a place a bit far from where we decided to meet. Since he wasn't familiar with the area, I went to pick him from there.

It was during the busy time of the day when there are oceans of people stuffed in their rushing vehicles and the extended parking slots. It was the time when the roadside vendors covered three fourth of the open space. Despite this, I was able to get an eye on him quickly, even though I have lousy eyesight (well, isn't that strange). Surprisingly, it was so effortless to recognize him in that crowded place. At that moment, for a fraction of seconds, it gave me a sense of feeling that I knew him so well, and it didn't feel like I was meeting him after such a long time.

I can't stop wondering whether he is the same guy who used to walk in the store I worked in and had a chat with me. He has grown up so much. Right now, he is working in one of the best companies in the world.

During our conversation, he was so self-motivated, adventurous, involved, enjoying life, and living on his terms. We had an excellent talk. Although we are from entirely different backgrounds and have nothing in common, he had so many things to talk over. There were many pauses in the conversation when I was unsure of what to talk about next; he had no such hurdles. He was actually like the girl in our discussion. He had so many things to brag about, incidents from his travel diaries, upcoming plans of travelling, stories of his extended family who are scattered all over India. He also talked about his workplace, work colleagues, diet, how he gained eighty-five kilograms and how he again got into shape.

Deeply delved into the fascinating conversation, I had forgotten that I had taken a short break from work to come and say 'hi' to him. Then I would return to work, but I was not feeling like going back. I just loved listening to him. I enjoyed his jokes and enjoyed the attention I was getting.

He even asked me to accompany him back to the US for a short vacation. Though it was just a formal invitation, I would've accepted it if I had the liberty to follow my will. Then to extend the meet, I went to drop him at his place. His home was close to my office so I could get back to work in a reasonable time. His departure from that day was heartbreaking.

I wanted so much more of him as it was a unique attraction, so I just felt like pinning it down to cherish the moments again over time. I might be a lonely person with hard luck, but he touched my heart in this short visit.

It feels good to have met such people who have an excellent positive aura to whom you like instantly without any reason.