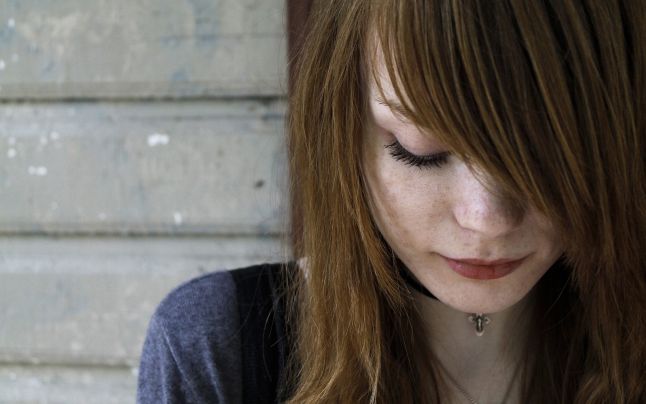 I’m a Mass Communication student and I’m in my final year. On the 20th of May, I went about my morning as usual and caught the morning bus that takes me to college. The reason I remember this date is because of who I met on the bus, and how he changed my life.

I walked towards my usual window seat, when a lady, around 40 asked me to let her sit there. I smiled and let her take my place. She was with her son who, at first was going to find a seat behind, but I told him he could sit next to her because the middle seat was vacant.

The guy had an interesting appeal to him. He was wearing a black shirt with folded sleeves and had a nice beard too. Through the journey, we began talking, well after his mom drifted off to sleep, to be honest. His name was Rahul and he was from Jaipur and was an engineering student.

When we reached our destination, he asked me for my number. At first, I shyly refused, but he insisted since there was a high chance we’d not bump into each other again. I gave in and shared it with him. We spent hours and hours talking to each other. Every waking minute we spent either texting or talking to the other. It didn’t take us long to tell each other what we felt. We both were in love.

He knew that I was a shy girl, and he was always so respectable when he spoke to me. He’d sing for me at night or just listen as I spoke about my day and other mundane things. One night, he told me that he’d been in a bad relationship before me and that his ex-girlfriend had cheated on him. He told me that night, how nothing was more important to him than loyalty. I agreed.

In six months of knowing him, I knew that I was in love and I wanted to spend the rest of my life with him. After this confession to me over the phone one night, he told me that he’d come to see me soon. And he did. It was our first date and I was excited! Everything about that evening was perfect. He made sure of it. Towards the end, he asked me if I would come over to his room. I refused.

He insisted. I refused again and told him that I wouldn’t betray my parents trust like this. He said that he loved me even more for being so pure in my thoughts. As he dropped me home, he hugged me and I was sure that I would melt in his arms.

Of course, it didn’t take him a more than a month, to change completely. He didn’t talk about our marriage anymore, he forgot my birthday and he became rude and insulting me.

I asked him one day, as I wept over the phone, why he was doing this. All he could say was this his parents were from an upper-class family and they wouldn’t agree to marry a girl like me. I was shocked. I tried to tell him things, anything, with the hope of making him understand that if we spoke to them, I’m sure they’d allow us to have a future together. If they just saw how happy we were.

Little did I know, that I wasn’t truly happy at the time. He began asking me for money, at first, it was small amounts, but he began making more demands. I tried to ignore all of these signs, but my mind had made up its decision for my heart.

A few weeks later, I broke up with him and asked him to send me my money. He blocked me from everywhere. I tried searching for him on Facebook, but he had blocked me from there too. I cried so much that night, but I was adamant to get my money back.

Taking this stand was possibly one of the best decisions I could have made.
Because he had blocked me, I ended up talking to a friend of his about all of this, on Facebook. What he told me, shocked me. Rahul had been dating a girl called Priyanka from before we had even met. In fact, she was his fifth girlfriend in Jaipur!

I reached out to one of his ex’s and she told me that he used women for their money and to get intimate with them. One of his exes had tried to say no to him, but unfortunately, they were already in his room and he raped her. I couldn’t believe what she was saying, but she told me that if I’d get in touch with any of his friends, they would confirm her story. He used people for money and girls for sex. It was that simple for him.

As I hung up, I realized that I was in love with a rapist. I took a second to thank all the Gods and my lucky stars in the sky because I could have been his next victim.

Share this story, if you've been cheated in love before. It's not your fault and things always happen for a very, very good reason.