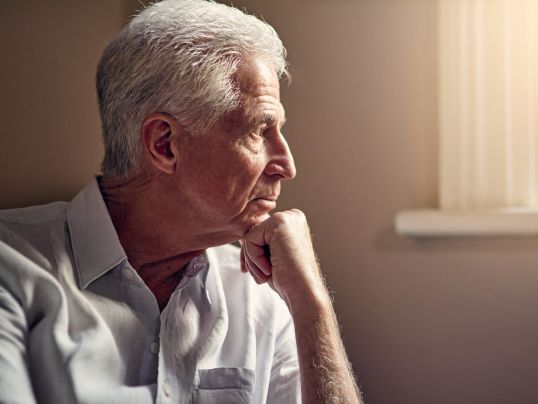 After ages, I am sitting just with my coffee, enjoying the feel of that first sip in the early morning, without thinking of any strategies, no case notes in hand, and not even using my juggler's skill to manage case file in a hand and porridge in another hand.

Enjoying every bite of breakfast like every other normal human and finding it so luxurious.

Basically, I am breathing and looking forward to having a good cup of coffee with my Mr, without discussing how stressed I am with coursework, work, and managing home. The journey of two years seemed like ages, but it helped me to unleash my passion for working with the community.

I may have stretched my working hours and missed few sunsets but I connected with many lives. I learnt to live.

I connected with their life stories and formed a part of their beautiful journey of life. I laughed with them, screamed in joy when things fell into place for them, and most importantly, enjoyed when my clients said, ' Miss you'. It may sound cheeky, but it's more rewarding.

Most exciting part of my profession is no cases are same, and each book of life has a different story to narrate. I worked with elderly people, who can redefine the word excitement and the only possible people who have mastered themselves with the art of breathing when WI-FI is off. Their life is always exciting because they connected with real people unlike us.

I am proud to say I worked with a mountain walker (an elderly lady in her late 80's) who is gearing up for her lone trip to Switzerland to guide mountain walkers, an astronomer (who changed my idea of galaxy in a couple of sessions with him), couple who redefined the meaning of love, movie director and list goes on and on and on.

It was a gloomy day, I was handling duty calls. As a part of the profession, we must handle duty calls on a turn basis, basically, we will be responding to emergency cases over the calls. I received a call from a neighbour of Mr Smith.

She was panting and she appeared very nervous. She informed Mr Smith was seeing things which didn't exist in reality and he was not appreciating any professional help.

When I enquired if he stayed with his family, she informed that he was never married and he was 85. I explained it to her the possibilities of him hallucinating and told her that I would try to get woodlands (mental health unit) team to visit him as soon as possible.

After a couple of days, I was surprised to see Mr Smith's case in my tray and I was allocated practitioner to him.

My first visit for an assessment was not that exciting until I located an old observatory in a big garden (which had turned into woods now). Smith stayed in his old beautiful property, for almost 75 years now. However, he appeared very confused on my first visit. All he could talk about was how dearly he missed his dog which was sent to RSCPA and the wired things he sees in the night.

Other professionals who were involved in the case said to me, “Oh, that gentleman lacks capacity; all that you need to do is send him to the care home.”

The neighbours joined the chorus of other professionals, thinking that he was a possible threat to their property. They felt that Mr Smith could end up keeping things in the microwave which would lead to electric short circuits and possibility of their semi-detached property catching the fire.

However, I decided to assess his mental capacity in different hours for three different days.

My second session with him turned out to be a pretty interesting one. In the middle of the discussion, he decided to show me little birds in his garden and while feeding the birds, he started narrating interesting facts about the galaxy. He also explained what I needed to do in my garden to ensure that birds live there.

There were days I spent with him by window side watching the birds and listening to the stories of different planets.

It was always nice to see him; he always appeared cute with no teeth set. In every session, he informed me how he missed those walks with the dog.

I spent some afternoon observing his routines to ensure his safety, mainly when he prepared his soup. My main aim was not to restrict him from anything but to promote his independence bringing in some changes with minimal restrictions. Basically, my afternoons were spent seeing how Mr Chef prepares world's delicious soup (It's his word in my writing) using a microwave and how delicious it is to eat chocolate rolls dunked in the tomato soup.

During one of those afternoons, in between the conversation, he said that he was not willing to go to the nursing care and forever leave the home.

I explained to him that we wouldn't want him to leave his property but during the repair work at his home, I would recommend him to stay at a care home for few weeks. He reluctantly agreed.

His soup was ready and he wanted me to try tomato soup with a dunked chocolate role in it. Unfortunately, I had to excuse myself as I was on a professional visit and wrapped the session for the day saying that I would come to see him next week.

During the third week of our sessions, he said that his late parents were staying with him at his home.

I reminded him that he had attended their funeral, to which he said, '’Oh yes, but do you believe in life after death? They are sitting right in front of you'’.

It made me go silent for a minute and all that I could say to him was that it was fine. Though now I find it funny, that day I was numb. His solicitors came to meet with us, at the right time and saved me from the situation at the old property. I breathed with a complete sigh. He introduced me to his solicitor as his friend, who was there to take him out for the drive (he always forgot who I was). After sharing a good healthy laughter, I decided to take off.

After returning to the office I made around 20 calls to find if any charity was willing to let him play with the dogs.

Finally, my 21st call was successful. I called Smith to inform him that I finally found a charity, who was happy to let him play with the rescued dogs. Mr Smith was on cloud nine and if I had got a chance, I would have held this moment forever. Small things can make such a huge difference in life. Mr Smith's health condition made him forget things, but after that phone call, I never told who I was because he started to recognise me as a girl who arranged a visit for him every week to play with dogs.

This area of practice has always been fascinating. While writing this blog, I made a phone call to Smith to tell him that I am closing his case since he was doing well.

He said, “Oh, I am going to miss you, little friend, I hope you do well in your future. Goodbye.”

I am closing it with a broad smile because I am sure he is not lonely anymore, he is going out with his care-takers to play with dogs. He has got all the medical attention he needed and soon after his garden and home gets repaired, he will be able to go to his observatory. His neighbours do not worry about the risk anymore and obviously, Smith will remember this little friend while he plays with puppies.

To be honest, I am more excited for him; day and night I bug my Mr with stories of Smith's date with puppies.

PS: A small note to Smith from his little friend - It was lovely getting to connect with your life, I enjoyed my sessions and visits. Just closing the case thinking who actually the practitioner here was because it was therapeutic for me to work with you and I learnt so many things. And yes, birds have started coming to my garden and this summer definitely I will spend watching stars in the clear sky. I enjoyed working with you so much that I would turn back your chapter very often for a healthy laughter. I miss watching birds with you standing by the window. Yes not to worry about the Facebook and Twitter account which other people have and you don’t. HAHA! You have beautiful memories which you have treasured despite the health condition you suffer from; Facebook and Twitter are for our generation who cannot treasure the memories without showing to the world (including me).

I can't ever forget the words you told me during the last session, “I’ll go to nursing care for a couple of weeks during repair work if you suggest me to, and I’m sure you will make sure I’m at my home soon”. Thank you for the trust you showed, it means a lot than any reward. I am not sure if you get to see this but a Biggggg thank you, for letting me be a part of your life.

Hugs and love,
Your little friend

Please note name has been changed for the confidentiality purpose.

It's true that learning never ends. Share this story, because you never know who you will meet and ends up learning something from them. 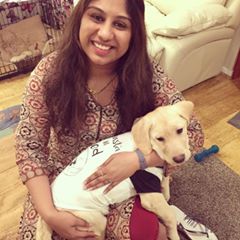