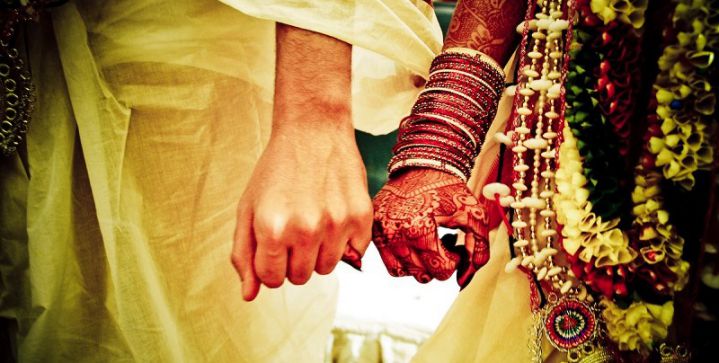 Post graduate, living independently since the age of 18 and a job I’m happy with. Happy parents who treat me like a princess and an annoying brother that I love. My life seemed to be perfect and I was in love with it.

But they say that the Gods get too jealous of too much happiness anywhere. I was 22 and a working Indian woman, so what would be the next step for me? Maybe taking up a job abroad, further studies or some travelling? But no.

That was the only word my parents and the rest of the so-called “concerned” society seemed to care about. A 22 year old woman who has completed her post graduation has no other purpose left in life. So, what do you do? Get her married! She’s a “burden” and a “responsibility” you need to get rid of as soon as possible, you see? Because apparently a woman can’t take care of her own needs.

Being the kind one who couldn’t say ever No to my parents, I agreed. And then, the groom hunting began. I got married to the groom my parents thought suited me the best. When I objected, they said,

“We’ll give your hand only to the best man. Someone who’ll treat you like a queen. Don’t worry about anything.”

What they forgot to warn me about was everything else that comes with it. And, by everything else I mean the in-laws and their irrational expectations and rules. Of course, there are some basic expectations that they’ll have since you’re living with them, but to take control of the daughter-in-law’s life is not something they should be doing. But then it’s “My Ghar-ki-Lakshmi, my rules!” throughout.

My parents made decisions for me my entire life and then my in-laws are doing the same to me. They assume that they have the right to decide my life because I took vows with their son. When I can go meet my parents, or worse still whether I can meet my parents; if I can work or not, what time I should be home from work, what I should or can wear, whom to meet, and this list never ends.

They are all over my life!

I was taught to respect everyone, especially people who are older to you. And, I do respect my in-laws. But why does my liberty need to be curbed by anyone just because I tied the knot with someone from their family? I am part of their family now, but that doesn’t mean they own me.

I have a renowned position in the corporate sector where I am looked up to with respect. I married to have a happy life and not for the kind where a transfer of rights to control my life takes place.

I left my family to live with four new strangers in another house. So shouldn’t you be trying your best to make me feel comfortable and making me feel loved? Instead, you force and expect me to be the perfect daughter-in-law as has been defined by our ancient society and the unbearable Indian television drama.

But that’s not how I wanted to be treated. In fact, I don’t think any woman would want to be treated that way. Gender stereotypes are killing this country. In fact, the perception of marriage itself needs to be changed. Thesati-savitri and pati-vatra should be left where it belongs – somewhere in the ancient centuries.

Who does the cooking, who earns, and other responsibilities shouldn’t be based on gender. Nor should anyone have the right to curb the other’s freedom. You MARRY the girl, not BUY her.

So, stop treating her like your property and start respecting her and the decisions she makes, for a change. That’s the only way you’ll gain her respect.

Thank you very much.

Also, if you’re planning to get married and live with your in-laws sooner, you might want to make it clear to them or at least to your fiance that you’re not going to be their robot.