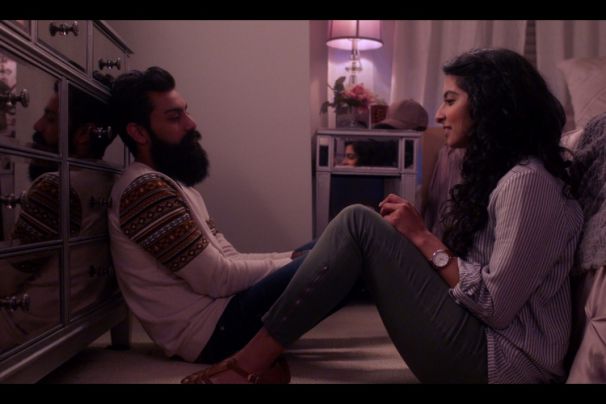 I am a 29-year-old woman. I got married one and a half years back. Ours was an inter-caste marriage. It took me three long years to convince my parents about it after which I just got a “Yes” from them.

I was happy to get just their consent too because I knew that my partner was the right person for me.

We live in Delhi now. I have a loving husband and caring parents-in-law.

My only concern is that my parents-in-law are overly attached to their son.

My husband is the most loved member of the entire family because he was born after 4 girls. My husband too cares a lot for his parents and has all the qualities of a good son.

But this over- attachment that his parents have for him has turned our lives upside down.

My husband had only one goal in his life. He wanted to get a decent education, work abroad, earn enough money and then start his own business in India.

This was not just his goal; it was the purpose of his life. He took his business plans very seriously. He was passionate about being an entrepreneur. I could see that from the way his eyes sparkled when he discussed such things with me.

This was more important to him than even being married to me and I never had any issues with it. In fact, I felt proud of it. He went abroad, completed his graduation successfully, got a good job over there and was going along with all his well-laid plans. Life was smooth sailing for him.

But his father who still lived in India started missing him a lot. He was happy that his son was doing so well in his life. So he thought that his son would do well if he returned to India too. He started forcing him to come back home. His mother too wanted the same thing.

The worst possible thing happened when a relative came to meet them one evening. This relative told them how his nephew had turned into a drug addict while studying abroad. He said that he had ended up ruining his life completely after that.

My father-in-law became very insecure. He talked to my husband on the phone regularly. He knew that his son was doing well. But he could not stop thinking about him. As a result, he fell sick and then went on to suffer from a brain stroke.

This was enough for my husband. He left Australia and came back home forever. His father recovered slowly. His parents were very happy their son had come back home now. My husband too was happy for his parents.

But I could see the helplessness that he felt. He had big plans and suddenly everything changed forever. He still managed to smile in front of his parents.

He spent all the money that he earned on his father’s treatment and our marriage. After getting all their four daughters married, his parents too did not have any savings with them. His goal was to implement all the business plans that he had in mind.

Only I can understand this. No one else ever will.

He was advised to work in India. He did try that too. But he felt suffocated and couldn’t work for more than 3 months. Then some relatives called him, “Ziddi” and everyone started giving him unwanted advice. He would get angry when such things happened and would end up fighting with me.

I understood his pain and motivated him to the best of my ability.

I earn enough for us to survive in Delhi but not enough to help him with his plans. So he decided to take a loan and started working on his plans with a lot of zeal.

He now wakes up at 4 a.m. every day. He prepares himself mentally and plans the rest of his day meticulously. He doesn’t want to take any risks with the money that he borrowed so he is working on a small scale right now. We are saving every penny that we can. We have turned our bedroom into his office. He has set up 4-5 computers in that room. We remove the computers in the night when we want to sleep.

The results are coming in slowly and they are positive.

It is time we planned our family as well. But I don’t know if we should do so now or wait for some more time. I just hope everything goes according to our plans.

I have one request for all parents. Don’t let the love that you have for your children become a barrier for their future. You have brought up your children well. You have given them a great set of values. Trust your children and set them free so that they can achieve their own goals.

Why do we ruin the beauty of our bonds with our ‘unreasonable expectations’? Why do we let the distorted nuances of our love - cloud our thinking? We love our children. Period. So we expect them to “willingly” make all kinds of sacrifices for us. Why do we forget that they too are entitled to their fair share of freedom? Do share this story because if we truly love our children, we will try to understand them - not confine them with our love.