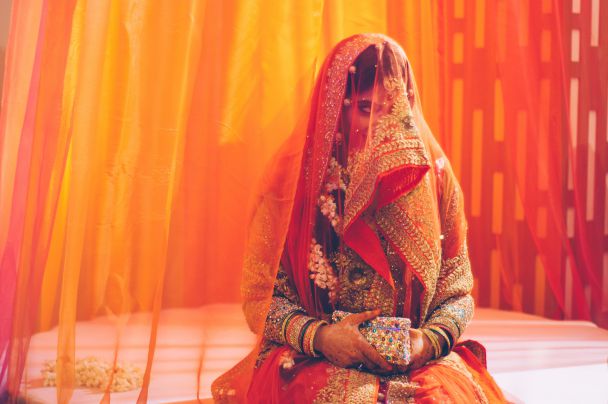 So it turns out, my husband married me for money. I was 25 years old and my parents found him for me. Everything seemed rosy at first. He was the only child, his father was no more and he lived with his mom. We got engaged and within 3 months, got married. In the initial phase, I was the most beautiful woman in the world for him and everything was just perfect.

He was caring and understanding yet very protective. I changed myself and started telling him everything I did, even if it meant going out with my sister or my best friend to the tailor. I was warned by my friend that it was not good to change myself for someone, as I was breaking my own rules.

He showed me that he loved me and cared a lot for me but 2 days after I got married was when my dream world came crashing down. Yes, just on the 3rd day of marriage, the maid was asked to leave because they had me to look after their “small” house. I did it willingly by saying that I would do it for my little family even if it meant sweeping or mopping the house, even if it meant washing the bathrooms and doing the laundry. Apparently, the washing machine was not to be used as the clothes do not get clean in the washing machine. They had to be soaked overnight and washed early in the mornings.

It was after marriage I found out that my in-laws had demanded a car, jewellery and 7 lacs cash in dowry.

After marriage, my in-laws and husband started having issues with my looks. I was fat, not fair enough, ugly, I had short hair and I had marks on my face according to them. I am unsure if they saw them with a magnifying glass when I was sleeping because I had worked for a reputed airline as an air hostess and looks are an important criterion in the industry.

After marriage I had no physical relationship with my husband, yet I was taken to the doctor two months later, to check if I was pregnant. As if the baby would be formed by a miracle in my womb.

My husband had an affair with his colleague and when I developed the gut to question him, I was beaten up. I was beaten up when I asked to go to my parents’ house. I was not allowed to even talk to my parents, forget going to see them. It was only after I got married that I got to know my husband had a brother who had broken all ties with his mother and him for being this way. Apparently, they had treated his wife no better and so he decided to respect the woman in his life and broke ties with his mother and brother. This trauma in my life went on for one full year but then I decided that I will take no more. I stood up for myself and decided to go for separation. I finally broke the truth to my parents who always thought that I was really happy in my new house and that is why I did not go to stay with them in the entire year.

My parents were shattered. My father is a businessman and he did everything he could, to give me a good life and always treated me like a princess. When he got to know about all this, he broke down.

I was the most pampered in my family where my parents never let me do any chores. I changed my self completely for him. My dressing, lifestyle, perception, everything. All I got in return was disrespect, torture and pain.

I would cook food and I never got enough to eat myself. A street dog was given the leftovers, but my food was quantified.

Yes, unfortunately, we do have such people in today's society as well. All this came from a man who was educated and working in a reputed Multi-National Organization. It has been 3 years today since I got separated. My husband got married to the girl he loved the very next month after I got separated. I am happy and independent as I have started working again. I wish and pray that no girl must go through this.

My sincere advice to every girl is, say no to something you feel in your gut is wrong from the very first point. That will save you from a lot of torture and pain.

Why aren't there more Bollywood films made on this harsh reality that society accepts so unquestioningly? The big fat Indian wedding industry conceals scams that need to be addressed, it is high time. These marriages are certainly not made in heaven so let's raise our voices to disrupt this system. Share this story because it needs to be heard.