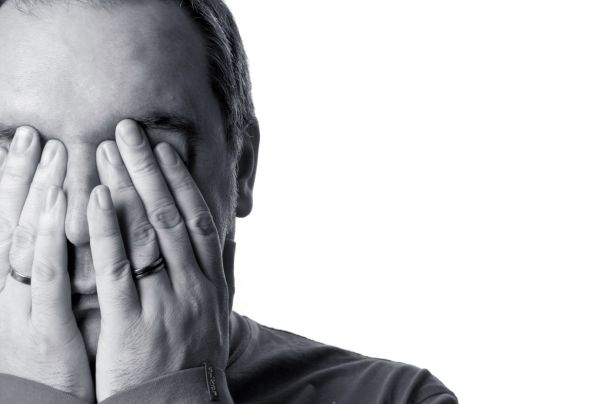 I am from Kolkata, West Bengal. Recently a probe has been started by the government here regarding the unruly, hefty billing and careless handling of patients at the big shot private nursing homes. What pushed the government to take action was the FIR filed by a young widow against the most reputed medical facility in Kolkata, the Apollo Gleneagles Hospitals.

Her husband, Sanjay Roy, faced an untimely death waiting to be discharged from the ICU of this ridiculously expensive medical facility we always looked up to for quality treatment. Sanjay met an accident in which his liver and other organs were injured. Despite belonging to the middle class family and knowing the cost of getting treated at Apollo, his family couldn’t help rushing him to Apollo Gleneagles for treatments, hoping to save his life.

ERCP was done but the man was not out of danger. His wife and other family members arranged a seat in the SSKM hospital because with every passing moment, the medical bill was increasing exponentially. When they requested the hospital to discharge him so further treatments could continue in another hospital, they faced stern antagonism from the Admin.

Until and unless the bill of 7 Lakhs was cleared, they were not going to release Sanjay. They begged, pleaded and paid 3-4 lakhs in cash. At their wit’s end, they also offered the papers of their fixed deposits. It was too late by then anyway. Meanwhile in an act of carelessness inside the ICU, Sanjay was overdosed with sleeping medications and this started internal bleeding from his liver. Sanjay was finally shifted to SSKM but before any treatment could happen, he passed away.

A number of cases of medical negligencies have come up since Sanjay's death. This gave me and my mother the courage to share an incident of personal humiliation due to the callousness of Apollo’s administration.

Last year on March 23rd, the day of Holi, my father was admitted to Apollo Gleneagles Hospital for Obstructive Jaundice and Severe Water Retention caused by pancreatic cyst. We knew that the chance of his survival was meagre, the tumour was probably too big but we needed the best medical experts to help us and we were ready to dig deep to fight for my father. Obviously, we relied on the facilities offered by this magnificent, prodigal medical institute.

At that stage, my father’s belly was so full of water that he couldn’t stand at all and his scrotum was as large as a medium sized football.

It was huge and there were cracks on it. My father being an obstinate man who despised staying away from his home, his bed, his people did not listen to our earnest requests of getting treatments earlier. We could do nothing to convince him before the time when he could not move anymore. It was painful for us to see him like this.

We requested every nurse and doctor to take good care of him. He was uncomfortable in the hospital bed, words were slipping from the grasp of his senses and he looked helpless. I kept calling the desk at his ward throughout the night to ask about him, if he had taken his meal, if he had slept and if everything was ok.

At this point of time Apollo had become our second home, we'd go there early morning and return late evening. Father had to be taken to different departments for blood tests, scans and MRI. When asked if evaerything was alright my weak father started crying feebly and that gave me goosebumps.

"What happened?" I asked him. He told us that he was very uncomfortable as during the morning hours when visitors were not permitted, groups of nursing students had come with a professor to study him as an object, sitting right next to him.

We had not told our dad by then that he might have cancer as the test results for biopsy were due still and we had decided not to tell him anytime soon. We didn't want him to suffer more. The thoughtless professor, however, discussed his symptoms, his tumour and his scrotum openly and audibly, as if my dad was a dead body sitting next to him.

What’s more is that the nursing students raised his bed sheet and cover to look at his excessively big scrotum and took note as if he was some guinea pig. He was in complete sense, ill and not dead and who the hell gave them the permission to treat him like that? Let me clearly point out that they did not belong to the medical team that treated my father. They were part of Apollo’s nursing education wing, students and professor.

How dare they look at my dad naked, his private parts, without his or our permission?

We immediately took this up with the hospital administration and sensing their bad footing regarding the matter, they apologised. But what good was it anyway, my father had already been humiliated. We were now more restless than ever during the hours we left him there alone, defenceless. Another breach of medical code happened during one of his medical tests. Inside the testing room, two attendants discussed my father’s pancreatic cancer, the size of the tumour etc. He had no idea, even the doctor had asked us to spare him the news for the time being.

My dad was like a clueless child then and when we went to meet him, he asked both my brother and me if he was going to die. The man whom we looked up to all our lives for being strong, who could pick up an age-old Godrej almirah single-handedly and shift it, had only pain in his eyes, a person trying to escape yet unable to move. I will be forever haunted by his tears, his fear stricken eyes in that hospital.

What is really the value of a human life at such institutions and who can we complain to? A third party neutral government body that will listen to us and punish the hospital for unclothing my father without his permission. Thankfully, Mamata Banerjee is trying to set up such a body consisting of experienced doctors to quickly lodge complaints against private nursing homes to investigate matters deftly. It is a hope at the end of the tunnel may be for us. The people who have lost the lights of their lives can only hope for justice, for better medical facilities offered for humanity and not for profit.

Please share this story to spread the word because it's important.