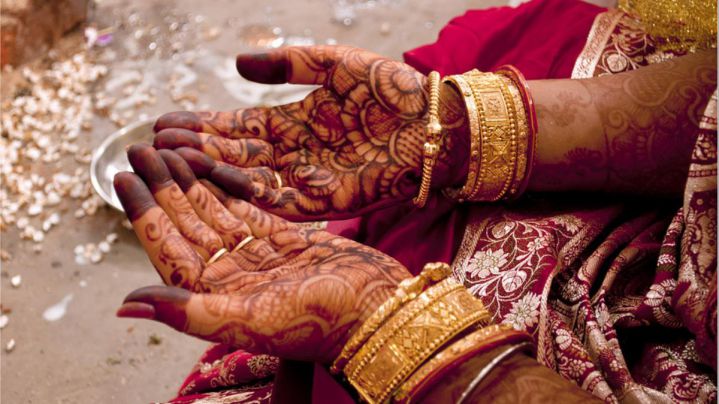 Since childhood, us girls have been told that one day we have to get married and adjust in the new family where we will live happily ever after. But is it really the truth? Is arranged marriage in India a boon or a curse? For me, it's curse.

I got married at a very young age, it was a typical arranged marriage where my husband's family demanded a huge dowry and got it too, thanks to my parents who fulfilled their demands knowing it was criminal. Rather than fulfilling their illegal demands they should have reported it, but this is nothing.

The problem started after marriage when I went to my groom's house, things started with his family taunting me saying, "Your father has not given anything, he should have at least given furniture, gifts to all baraatis, gold chains to all family members." When I spoke with my husband about this matter, he said, "My family is right, your family should have thought about this."

When I spoke with my family about this they said, "It's okay, we will give furniture too. This happens in marriage, don't worry, don't take their words to your heart." But this was just the beginning, things were about to get worse.

They started demanding things every now and then. After this, our relationship never went back on track. We argued, we fought, he started abusing me verbally and physically, started treating me like a maid. He would order me around to clean the house, cook, do the dishes, pick his dishes after he was done eating, would torture me for money, force me to give gifts to his family, force me to give him and his family money.

I was devastated, I spoke with my family but they said, "It's okay beta, things will be good, you both need a baby, things will fall in place." But is it true? Can a gap in your marriage be filled with a baby? No it's not true, things get worse.

I had to leave my job to take care of my baby so now I was financially dependent too. I had to ask him for money for my basic necessities, sometimes he would give it to me sometimes he won't. When I asked him to keep a maid, he'd ask, "Why can't you do all household activities and take care of the child alone? Why do you want me to spend money on a maid? Why did I marry you if you can't do all these things?"

So basically, he married me so that he could get a permanent maid for free, in fact a maid along with money. I wanted to leave him but how could I be so selfish and unfair to my new born child so I compromised.

But can a marriage last long if one partner is compromising and other is not even willing to put a little effort to make the relationship work?

Our relationship was getting worse, we were falling apart every day. I was trying to adjust when suddenly he dropped a bomb on me, saying he married me just for my money.

He told me he loved someone else but that girl dumped him so he decided to go for an arranged marriage. I could not even react to it, whatever he was telling me I could not believe it.

How can someone be so immature and selfish, I thought. Getting married just because he was heartbroken and greedy for money, sounded insane to me. I didn't understand why my baby and I had to suffer for his stupid and childish decision.

I told my parents about this, I cried, I begged them to talk to him but they never listened. In fact they said it was wrong to interfere in someone else's marriage. I was shocked to hear those words, my own parents did not want to help me so I thought instead of suffering and living a life with him in this hell, it was better to finish it.

Yes, I thought of committing suicide. I cried a lot that day, thought of hanging myself or cutting my wrist or drinking poison. As I was about to take this cowardice step, my baby started crying. Maybe she had a feeling that something bad was about to happen. I saw my baby and I couldn't do it. It wasn't her fault and I didn't want her to suffer because of us, that day I promised myself to live for her.

Now my marriage is doomed, I don't have money, job or any family support but I have one thing — a very important part of my life, my daughter, the reason for my existence.

Why does it happen that when a girl hangs herself to death, parents say, "She should have told us, asked us for help or we should have understood her problems, tortures, sadness." And then they regret, cry in front of her dead body, society, curse themselves.

But when she asks for their support, they think of society, what will the society say if she gets divorced? What will people think of our reputation? So does it mean that for parents, maintaining reputation in the society is more important than their own daughter's life?

Please share this story because whatever said and done, dowry is illegal and it should be reported.