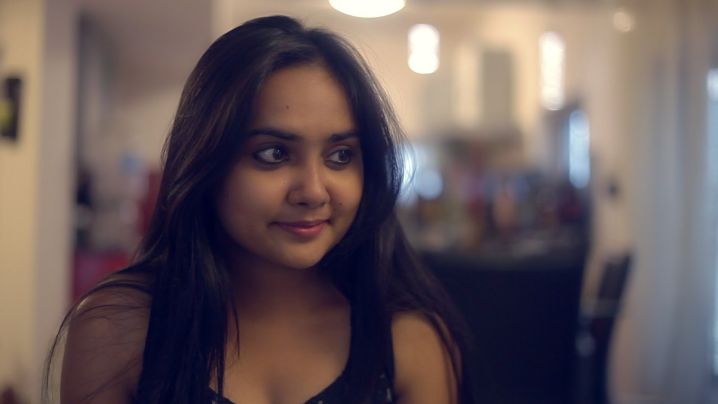 I met him the day my engagement broke. I was sitting with my best friend and he walked up to us and asked me, “Is this your home city?” I was like, “Yes, why?” And then it began.

He then asked me if I knew a good place to hang around in the city. I told him the city only had malls and that he was at the best place at that point.

He asked me if I could guide him for the next three days. I needed to get out and spend time away from the stress in my family and so I said yes and asked him to meet me at the same place the next day.

He suddenly asked for my number and I didn’t know what to do, so I gave to him.

Then he left, and after few minutes I got a message on my Whatsapp saying, “Hi, this is my Whatsapp number. It was really nice to meet you.” I replied the same.

After reaching home at night, I got a call from my fiancé trying to convince me to get back. While I was talking to him, I got a call waiting, it was from the guy I met earlier. I couldn’t take his call at that time but he called me again the next day at 10 am. We decided to meet at 3 pm and that’s when it all started.

He took me aside from our other friends and hugged me suddenly. Trust me, I had never felt that warmth before in my life. I still remember he told me three things at that moment, first, I was looking very pretty, second, that he knew that something fishy was going on in my personal life but he won’t ask me till I was ready to share and third, he was a Muslim.

Why would he tell me that? I did not ask for it. However, I took him to tea place and spent the next 5-6 hours just talking. The same day he sang, ‘tumse milke, aisa laga tumse milke’ and proposed to me. I just stood there and blushed.

He told me how his dad would call his mom, “Khan sahab” and he told me he wanted to call his would be wife the same. I really wanted to be called by that name, so I said yes.

Months passed and we were happy in a long distance relationship. We would visit each other twice a month. He respected my religion and I respected his.

So one special day I proposed to him with a ring for marriage and I still remember he had tears in his eyes when he said yes. We both knew there will be a lot of problems coming our way but we both knew this was what we wanted.

We will be getting married soon with the grace of almighty and the blessing of our families.

Share this story because religion shouldn't be a pre-condition to fall in love.

Also Found in Indian Society , Relationships , happily ever after , Love .