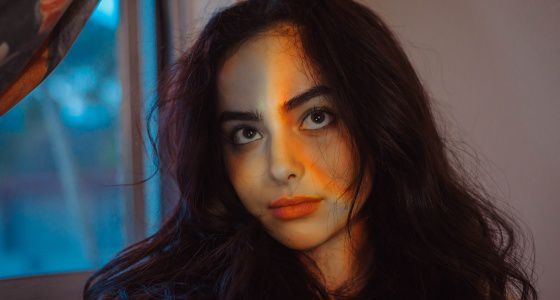 As a kid, I worshipped my dad. I followed him everywhere.

He would always compare me with Indira Gandhi because she had followed her dad and then moved on to lead India. I remember the day I saw the latest advertisement which said, “My daddy strongest!” I was the proudest daughter that day and believed that I had every reason to do so.

My father is a self-made man. He worked hard and persevered to achieve everything in his life.

Whenever someone asked me who my role model was, I would quickly tell them that it was my dad. I loved my mother immensely but I am really ashamed to admit that I did not even have an iota of respect for her.

She had lived away from home in hostels in her early years. She was an independent, creative, intelligent and highly educated woman. She matched my dad in every sense.

But I don’t know what changed within her after she got married. She transformed herself into a housewife. She was dependent on her husband’s approval for everything. She was scared of being judged by him. She was scared of his temper and was reluctant to step out of the house even to shop for groceries.

My dad was always the doting husband. He would balance his job, the home front and the kids with élan. So, I decided at a very early stage that I would never be like my mom.

I followed my dreams. I got the best possible education. I excelled at studies and all the extra-curricular activities. I created an independent life for myself as I moved out of my nest. I even got married to a man of my choice.

I chose a man for myself and believed that he loved me for the qualities that I had – gentleness, empathy, confidence and independence. But my utopia blew apart the day I was diagnosed with advanced depression.

It took me months to accept it but I finally had to accept it. It’s been years since all this happened but I have not yet recovered from the shock of realization that dawned on me that day. I had dedicated my entire life to the men in my life. But this is how they responded to my illness now.

At first, they were highly amused when they heard the diagnosis. They told me it was not actually a problem.

They told me it was just a mental block.

When this did not work, they forced me to make it work. They told me that I was just weak mentally. They then asked me to strengthen my mind. When all my attempts failed, they concluded that I was incapable of doing anything.

They called me a “failure” and said that I just wanted to sit at home and enjoy myself.

I was shattered when they told me this. All I wanted was a little time to understand myself. I wanted to regain my earlier confidence. I knew I had it in me to sail through the biggest storm of my life.

But my anchors were the ones who were weighing me down. And the irony of my life was that my only life jacket at this time was my mother.

The first thing she told me was that she totally understood what I was going through. She then reminded me of my strengths. I was shocked. She was the last person I had consulted.

Yet she was the one who knew me the most.

I did some serious soul-searching. I looked back into the past. I realized that it had not been my mom's choice to become a mere puppet in my dad's hands. My dad had created such situations in our home unknowingly.

He had somehow got into the habit of judging and controlling my mom’s actions.

He depended on my mom to get every small thing done. He never shared her concerns when she first moved to a new city. He took her away from her family and friends. The first time my mom wrote a letter to her friends, my dad tore it off. He then told my mom that she should now think only of her marriage and family.

He wanted her to be there for him always. But he never tried to understand what she wanted. And she had always obliged him in every way. She even accepted his high handed treatment and tried to work on her own shortcomings.

What did all this mean to me now? I realized that it was not my independence that attracted my husband to me. It was my humility. He was convinced that I would always abide by his wishes.

And that included reporting for work to earn money even when my mind and body were not supporting it.

I too had been judged from day 1 for both my homemaking skills (like cooking, cleaning, taking care of elders etc.) and my professional skills (like making presentations, soft skills, being aware of current affairs etc.)

Even though I earned my own money I had to ask him whenever I needed to spend it. I had to ask for his permission if wanted to pursue my hobby or meet my friends during my spare time. He thinks all this is a waste of time.

In what way was my life better than my mother’s life?

Why were the men in my life always telling me what I should be doing? Why was I still termed as a “failure” though I had been successful for the past 30 years of my life? Why was I forced to accept a job that I was not interested in just because it would look good on my resume? Why? Why? And why?

Had I judged the world correctly or did I need a major change in my perspective? There are questions that I still don’t have answers to.

Let’s share this story because often we understand the true worth of a person only when we experience similar challenges in our lives. Let's learn to understand people and try to see things from their perspective instead of judging them by our own standards. No one will fulfill all our expectations all the time. Let’s not look down upon people when they fail to match our expectations. Let’s learn to respect people even if we don’t always understand them.