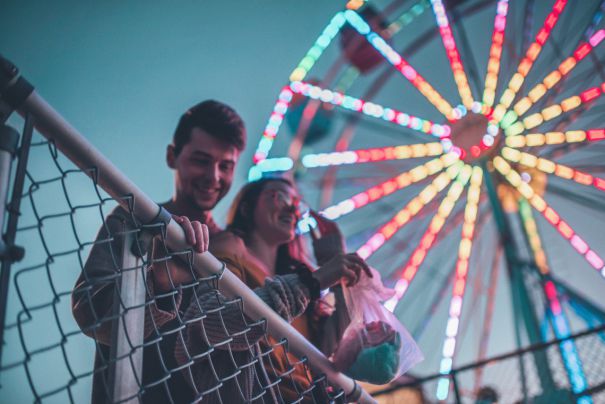 Most of the stories posted here are not happy ending ones. Let me tell you my story, which is a fairy tale, at least for me. I was born and bought up in a small town, in a typical Hindu family. And I was a born introvert. I was shy and I found it difficult to start a conversation, so I had only a few friends till I was in 6th.

I moved to a new school in 7th standard and I started living in a hostel, I should thank my father for that because it changed me and my life forever. I still remember the first time I saw her. She was in my class too.

She had joined the same school the previous year. And I still remember the first time I was caught in awe of her. In front of the whole class, she delivered a speech. For me, I had never seen anyone speaking like her in front of a crowd, as I said I never even knew how to open my mouth to talk. I became curious to know more about her. Soon I found out that she was the class topper, that her father is a Muslim and mother is a Hindu, which made me more surprised. That was the first time I had heard about interfaith marriages apart from the movies. I started admiring her. She looked cute too. In 7th standard, I felt quite alone in my class because I had no friends. It was in 8th standard when I was welcomed by 2 of my classmates and I got good friends for the first time in my life. They completely changed me. I was no longer a shy fellow and learnt how to stand for myself and my friends.

They figured out that I had a huge crush on our class leader. They laughed it off. Anyone would laugh it off. And that’s exactly what happened when my other classmates came to know about it. They all knew a person like me was never going to get her. Yes, I was like a small child sitting under a mango tree, thinking how to get the mango in the topmost branch. I knew the mango would not fall by itself, I had to do something. And my friends supported me too. It was in 9th standard when I gathered the courage to disclose my feelings for her. But I was pretty bad in facing girls and communicating with them. And that’s exactly what happened when I went to her. All I could do was just stare at her and couldn’t tell her anything. My friends scolded me like anything.

And one fine day, one of my friends went and told her about my feelings. She turned it down, which was expected, but I didn’t want to give up.

I knew I had to talk to her myself but I couldn’t. And in 10th standard, I heard a rumour that she was in a relationship with one of the studious boys in our class. Well, I was upset and disturbed. This news made me confront her directly, and that was the first time I spoke to her properly. She still said a no to me, and I couldn’t expect better. And she also mentioned that she is not in a relationship with anyone, she was just not interested in such things. That made me relieved. Since that day we became friends. We started texting daily and got to know each other better. This continued for 6 months. I was afraid to ask her again as I feared this friendship may be lost and I would never be able to chat with her. I waited. And one fine day, she told me that she loves me. I still remember the kind of feelings I had that day. I can say that I never experienced such a feeling ever after.

It was like a fairy tale coming true. My classmates couldn’t believe it, even my friends did not think I could do it. Lol. But it happened. But I was not aware that maintaining a relationship is equally difficult. My parents became suspicious as I was found texting full time and my mother found out. In those days we did not have WhatsApp we would only text. My mobile phone was taken away and I used to go to a nearby phone booth to call her. I would sneak into my parents' room and get any one of their mobile phones during the nights for texting. It was thrilling - now that I think about it. But the problems didn’t end there. When I was in 11th standard, I was caught red-handed by my aunt when I was walking with her. She told my mom and my mom got furious. By this time, she did a little investigation and found out the girl, called her mom and informed her about this matter.

Then there was all sort of fuss in both our homes. I feared it was the end of our relationship.

But she stood bold, bolder than me, she supported me and I supported her. And it was in 12th standard, during my board exams, I had the darkest days of my life, where even my parents couldn’t help me. I felt like sinking down at that time and it was her who didn’t let me give up and drown. I owe her my life for that.

The 7th standard boy is now in his final year of BDS and the girl is now in final year B.Tech, and as usual, she is the university topper. She never ceases to surprise me. We are still together. Her parents like me. My parents are okay too, but not as good with it as her parents. We plan to marry after our studies get over. We know that there is a long way to go, but we are ready to face anything, as we have always done :)

Share this story because like the author rightly said, happy endings are rare on this platform and even rarer in real life :)