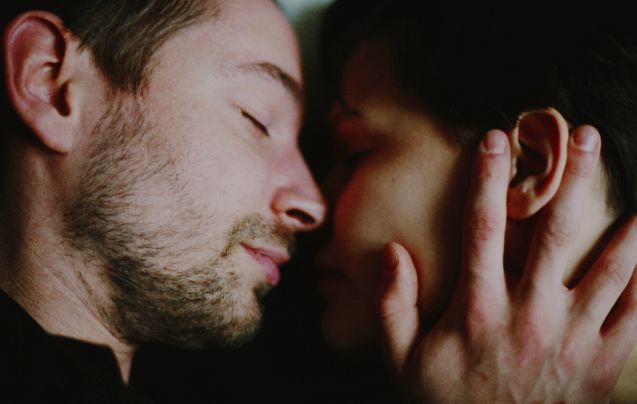 I was in a relationship for eight and a half years with my high school love and she meant everything to me. We were engaged and were going to get married within a year. One night, when I was visiting her, she said, “Arjun I cannot marry you”. This was completely unexpected. She owned up to what she had done. She had been cheating on me with a guy at her office and man, my world fell apart.

I went into depression and I gained 30 kgs due to all the booze and emotional eating. I was devastated but I decided that I want to build my life back up again so on the 1st of April 2017, I re-started a fresh new life.

I worked out and got back into shape. Even better, I developed a new business venture and worked on all the other dreams I had. I made all of them come true. As time passed, I started talking to a girl who was my senior at the school. She and I had a connection since the very first time we met. We were great together. We bonded really well and in no time, we were in love but her parents were pressuring her into marriage as she was 3 years elder to me.

So we decided to give it a try, may be our parents would agree. And to our surprise everyone agreed and on my birthday we got engaged.

I was on the top of the world. I had just bought my dream car. My business venture which I had been working on for the past 8 months came through and yes I was getting married to such an amazing woman. I was really happy. As the wedding date came closer, we planned to go on a mini-moon before marriage to Goa. We went on that trip but I was constantly feeling that she was hiding something. She claimed to have never had a relationship before but oh god, her sexual expertise spoke for itself.

It seemed like she had a very colorful sex life before me and honestly I did not pay heed to the fact that she was not a virgin as I don’t think like that. What bothered me was the fact that she lied to me. It troubled me but I was okay with it because I thought that it was just out of respect for me that she lied.

When we came back from the trip, she insisted on moving up the marriage dates by a year. Well, that was not a possibility as my parents never wanted me to get married to her in the first place, as they were aware of her family’s reputation. Also, my ex-fiancée had also previously back out from marriage in the same way, so they were afraid. I tried to console her by saying that things will be fine and she doesn’t need to worry about anything. I really tried my level best to convince her to not let this marriage fall apart because we were so good together. Well, I couldn’t stop her. The reasons I somehow figured out were: She belonged to a family which was financially weak. Honestly, it did not bother me or my parents, but her mother always said that she wanted a guy who had a job, not a businessman. Also, our thoughts and views were different, so her mother presumed that we would get divorced in the first year itself.

Her mother polluted our relationship to the extent that she stopped talking to me completely.

Even when she did not want it to happen, her mother and sister made fun of me socially. They even advertised my past even when I told them about my ex-fiancée in good faith. Now I’m ashamed of what this world has become. There is no sense of loyalty or any sort of commitment - no love. Well I’m an old-school lover and for me, love is paramount and without it, I cannot function.

With all these vintage trends making a comeback in fashion, I am eagerly waiting for the day when loyalty and commitment will be fashionable again. Till then, I rest my pen.

Share this story if like the writer, you too are waiting for love and integrity to come back into fashion.